Thousands of farmers in their tractors have taken to the streets of Germany, protesting the government’s environmentalist agenda and the climate of hostility that agriculture faces from urban eco-warriors.

On Tuesday, farmers across Germany led ‘tractor parades’ into the nation’s cities. According to the German newspaper Die Welt, some 2,000 tractors descended upon the city of Bonn, and thousands of farmers took the same path in Hanover, Munich, Berlin, and Hamburg.

Organised by a group called ‘Land Creates Connection’, the farmers demanded not only a say in the formation of agricultural and environmental policies but also respect from the public who rely on the fruits of their labour.

Protestors bore signs that read: “Dear consumer, I am still here. Please talk to me, not about me.” 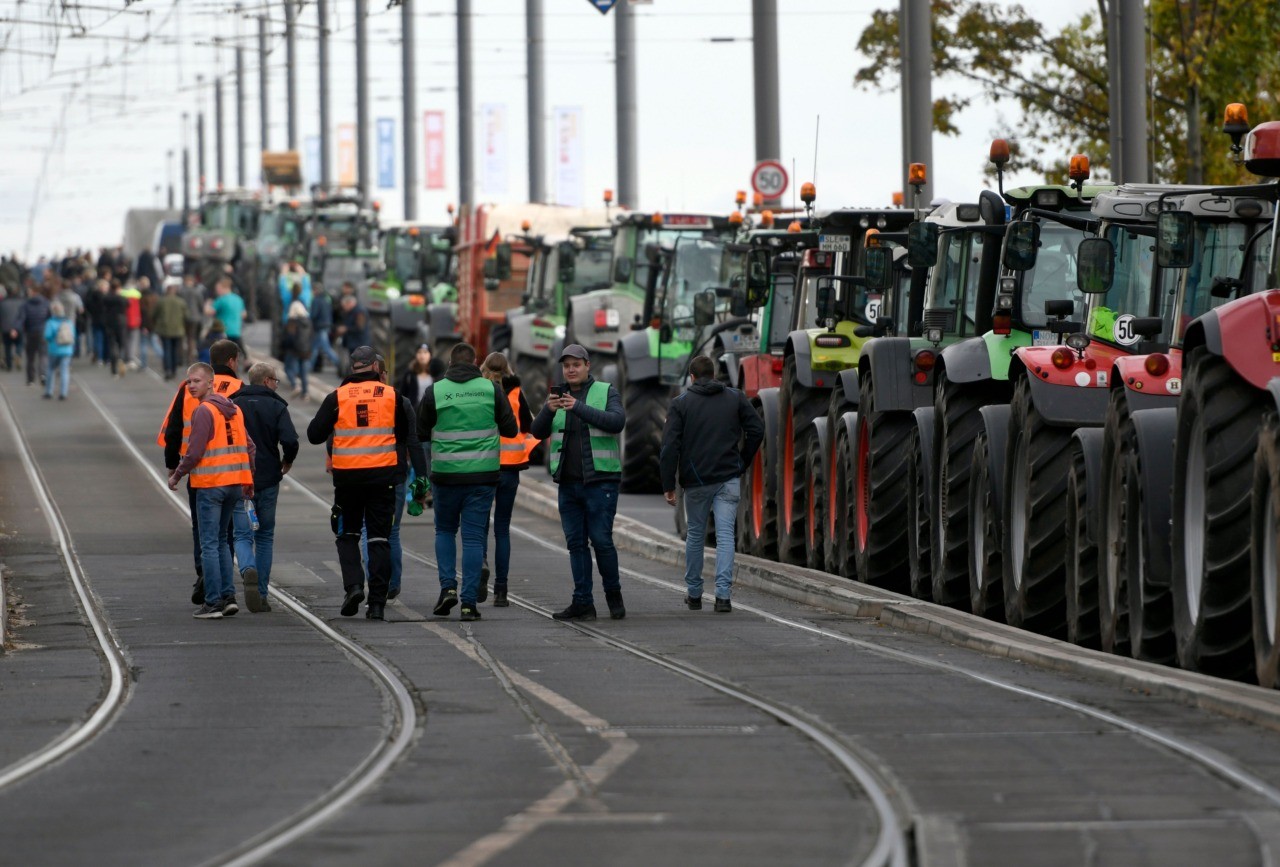 Tractors block the Kennedy bridge as farmers protest against the German government’s agricultural policy including plans to phase out glyphosate pesticides and to implement more animal protection, during a demonstration in Bonn, western Germany on October 22, 2019. (Photo by INA FASSBENDER/AFP via Getty Images)

Famers of Germany feel as though they are regularly scapegoated for environmental problems, and vilified by environmentalist groups as polluters and being guilty of animal cruelty.

On the group’s website, they said: “The permanent negative sentiment, the farmer bashing, leads to anger and frustration in the profession… Under such social circumstances and constantly being pilloried, often neither professionally nor proper, the farmer’s profession loses its attractiveness.”

Another central concern for the farmers is the burdensome regulations that have been imposed upon them without consultation. Currently at issue are regulations concerning limits on the use of insect repellent and fertilisers.

Many of the farmers believe that the new regulations will benefit large farming corporations which can afford to comply with the new rules, while smaller family-run farms will collapse under the regulatory pressure.

One farmer told the Dutch broadcasting company NOS that: “We can’t even implement one rule and then another measure comes.”

The protests across Germany comes after thousands of farmers took to their tractors to decry the environmentalist agenda in the Netherlands earlier this month. The protests were repeated weeks later when thousands of tractors descended upon the Dutch capital city, again protesting harsh European Union laws and to challenge anti-rural sentiment among urbanites. 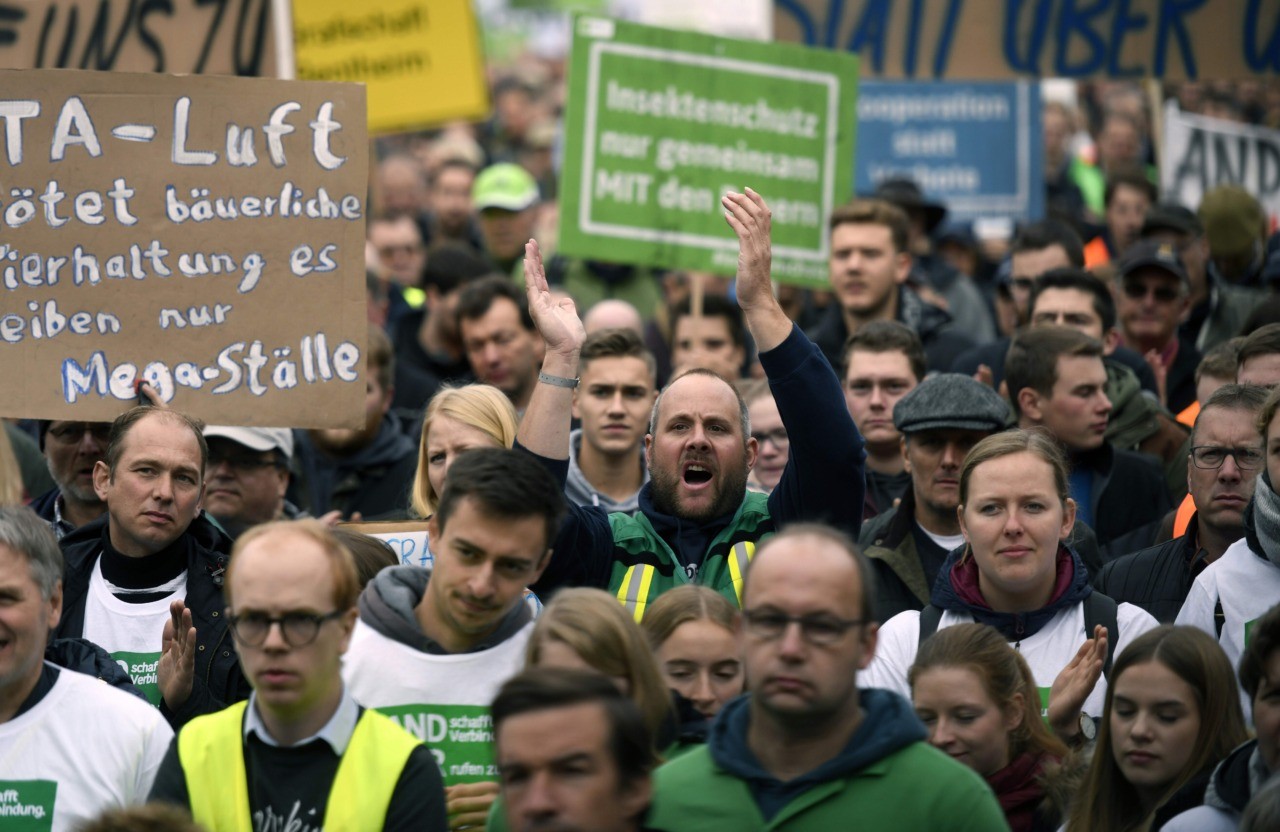 Farmers protest against the German government’s agricultural policy including plans to phase out glyphosate pesticides and to implement more animal protection, during a demonstration in Bonn, western Germany on October 22, 2019. (Photo by INA FASSBENDER/AFP via Getty Images)