About 1,000 leftist protesters gathered for a Stop the War Coalition protest in Trafalgar Square, London, holding placards saying “Respect Existence or Expect Resistance” and Socialist Worker signs saying “No to Trump, No to War”.

“Trump is just a narcissist, like a zealous individual who is struggling to control his emotions, he is uncontrollably childish, who is unable to make any rational decisions,” one protester told Breitbart London.

Two separate female activists said that “Fuck Donald Trump” was their message to the President of the United States.

One older woman from Iran, however, told Breitbart London that she was “surprised at all the fuss” over President Trump’s actions in Iran.

“To me, America is doing the world a big favour [by intervening in Iran], because Russia and China, two big powers are already there, anyway,” she said.

The demonstrators were addressed by the 70-year-old socialist leader of the Labour Party, Jeremy Corbyn, who compared the killing of Iran’s terrorist top general, Qasem Soleimani, to the Iranian missile attack that took down the Ukranian passenger plane over Tehran, killing 176 innocent civilians.

“When big powers act illegally, when people step outside the norms of international law there are consequences. There’s no excuse for shooting down an airliner, there’s no excuse for a targeted assassination by one state against another,” said Corbyn.

“All this does is set off a spiral of violence and danger which will lead us to yet more wars in the future,” Corbyn added. 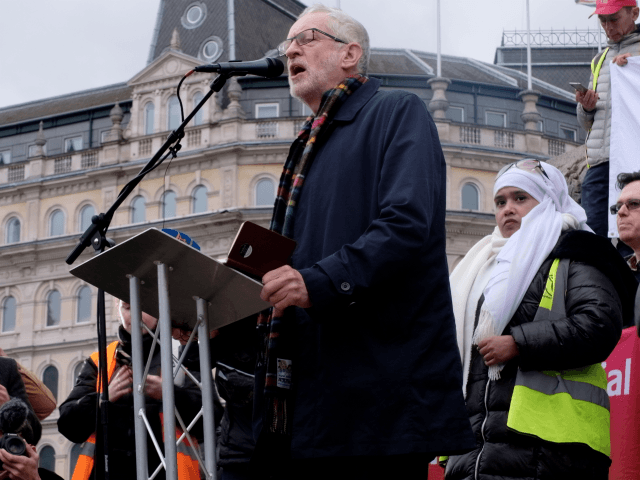 January 11th, 2020. Trafalgar Square, London, England, United Kingdom. Outgoing Labour leader Jeremy Corbyn speaking at a Stop the War Coalition protest against military action against Iran. The protest comes in the wake of the U.S. talking out Revolutionary Guard General Qasem Soleimani in an airstrike. Later, the Iranian government admitted that it had shot down a Ukrainian commercial airliner, killing all 176 crew and passengers on board, “unintentionally”. (Photo Credit: Kurt Zindulka/Breitbart London)

On the same day, protests erupted in Iran after it was revealed that Iran had shot down the Ukranian airliner, with thousands taking to the streets of Tehran, calling for the Supreme Leader Ayatollah Khamenei to step down.

President Donald Trump praised the protesters in Iran for their courage, writing on Twitter: “To the brave, long-suffering people of Iran: I’ve stood with you since the beginning of my Presidency, and my Administration will continue to stand with you. We are following your protests closely, and are inspired by your courage.” 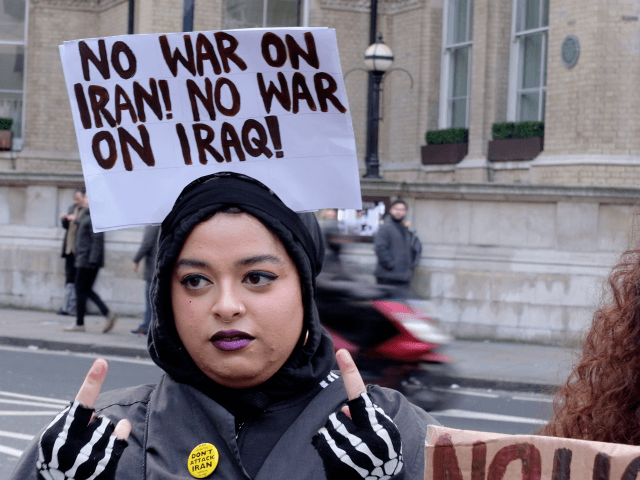 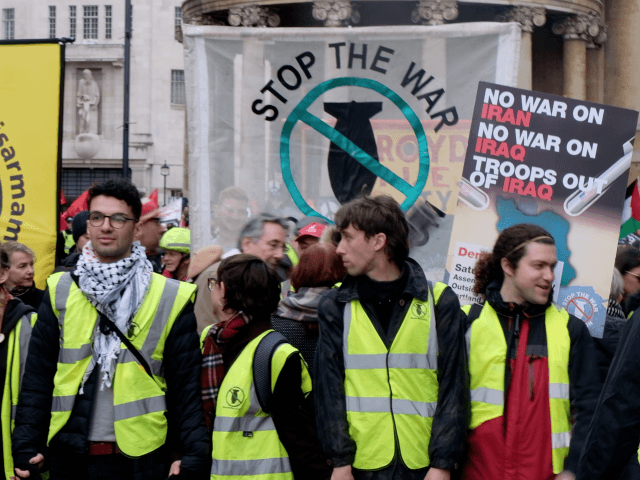 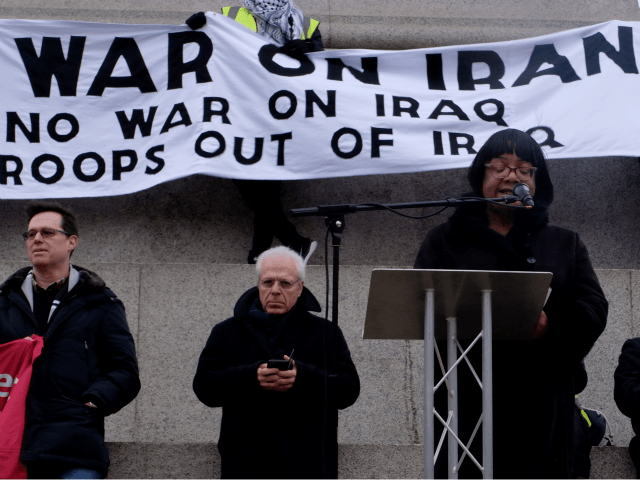