Gothenburg police chief Erik Nord has admitted he did not foresee the violence coming at a Black Lives Matter protest that turned into riots, saw at least ten arrests, and 15 to 20 cars set on fire.

The demonstration took place on Sunday afternoon in support of Black Lives Matter protests in the United States following the death of Minneapolis resident George Floyd. Thousands attended the rally which eventually devolved into riots and looting as the day progressed.

“This demonstration is also aimed at the police, and we try to keep as low a profile as possible,” Nord told newspaper Expressen. He added: “These are quarrelsome people who just wanted riots and that is the most difficult thing a police organisation can face. It took quite a few hours before we had it under control.”

Horrific. Peaceful Black Lives Matter and Antifa rioters punch a police woman in the head and keep beating her while she's on the ground while other officers flee in Gothenburg, Sweden. pic.twitter.com/u5WnlblTrj 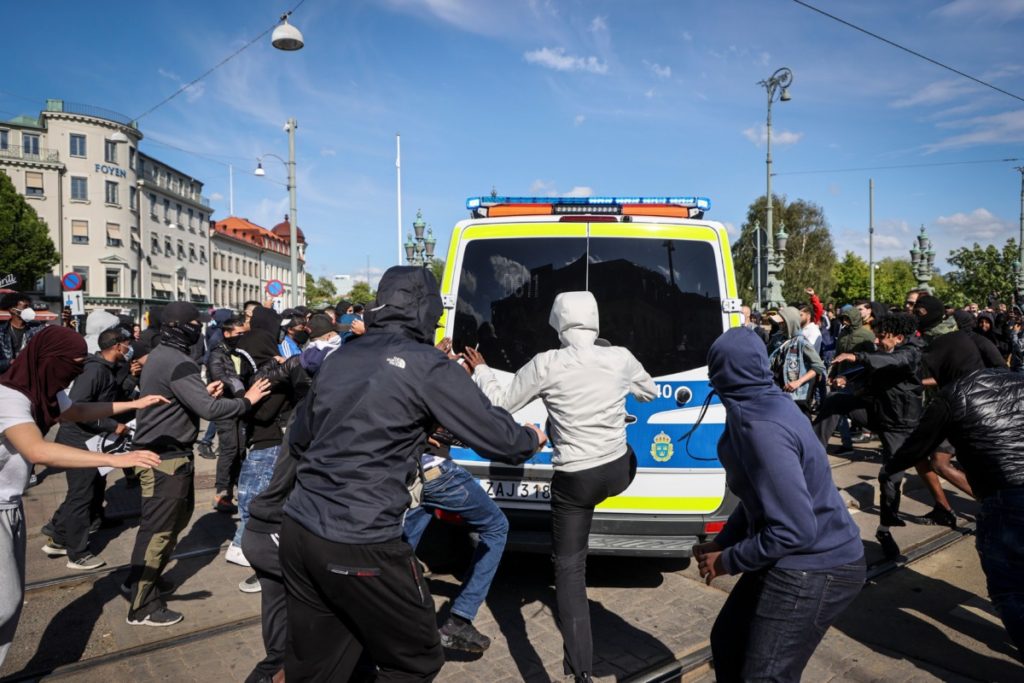 Demonstrators attack a police car during an anti-racism demonstration on June 7, 2020, in Gothenburg, Sweden, in solidarity with protests raging across the US over the death of George Floyd. (Photo: ADAM IHSE/TT News Agency/AFP via Getty Images)

Nord added that Swedish police were one of the smallest forces relative to population in Europe after being criticised by some for not deploying enough officers to manage the protest.

At least ten people were arrested after the riots broke out. After midnight, several cars and other items were set on fire; there were between 15 to 20 fires in total. It was not until around 3 am that authorities say all of the blazes were put out.

“These are serious incidents, and I hope the police will get support to suppress and make it calm down,” Swedish Interior Minister Mikael Damberg said.

Videos of the violence during the riots have circulated on social media, including a clip allegedly showing rioters looting the moving van of a Swedish family, destroying their possessions. 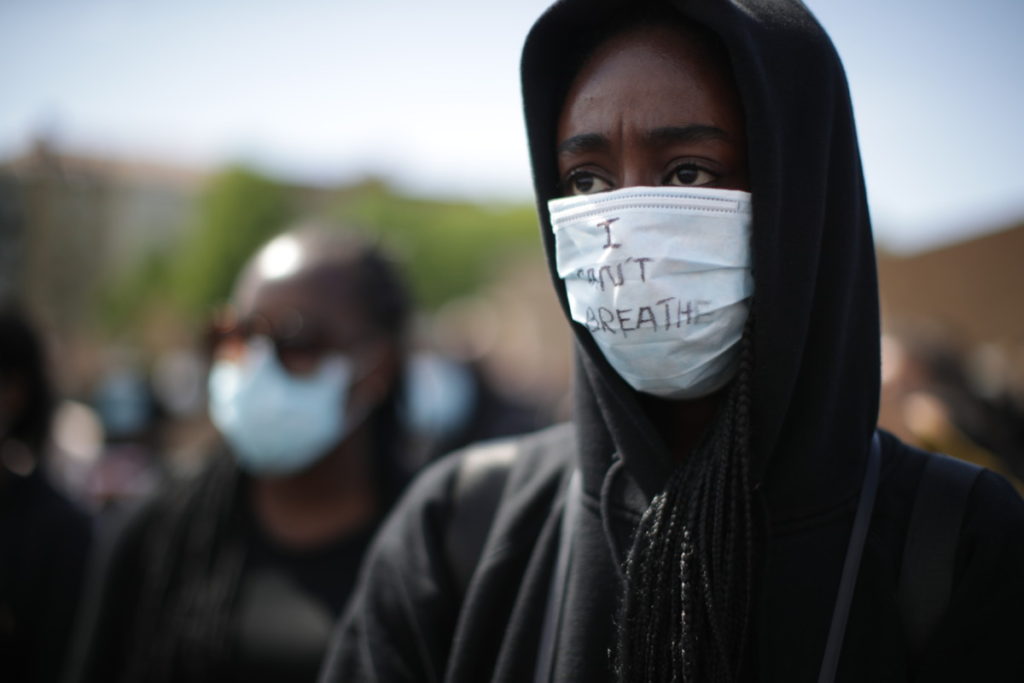 The Gothenburg riots come after several other pro-Black Lives Matter protests took place last week in violation of Sweden’s coronavirus measures that state gatherings of more than 50 people are prohibited.

Both Stockholm and the multicultural city of Malmö saw demonstrations that also attracted thousands of participants, with police in Malmö claiming to have received several emails and phone calls slamming them for allowing the protests to go ahead.

The Swedish riot was not the only Black Lives Matter riot in Europe over the weekend. Brussels and London saw rioters clash with police, engage in looting and, in the case of London, deface statues of World War II-era Prime Minister Sir Winston Churchill and the British Cenotaph.