Despite coronavirus lockdown restrictions on New Year’s Eve, cities across France saw urban violence, dozens of cars set on fire, and one man killed after being decapitated by fireworks.

Car fires are common on New Year’s Eve in many of France’s no-go neighbourhoods, and the coronavirus lockdowns did not prevent car fires taking place again this year.

In the city of Angers, 41 cars were set on fire during the night, according to a report from Ouest France, which added that emergency services members were also attacked and targetted by fireworks. 49 police officers and an additional 53 gendarmes were deployed in response to the violence, but just two teens were arrested.

Bordeaux saw similar scenes, with an estimated 30 cars set on fire including one police vehicle. Several other fires were also set, including at a local post office in the Aubiers district. Despite reports of multiple incidents of police being attacked, no one was arrested over the course of the night.

Dozens of cars were reported as being set on fire in Lyon, but reports noted that the number of cars set on fire was at least lower than in previous years.

Police and firefighters were attacked in Nantes, with the urban violence starting at around 7:30 p.m. — earlier than previous years.

Several cars were also set on fire and emergency services were targetted by local youths.

Local authorities in Nantes also stated that the car burnings and violence had decreased from 2019, directly stating that the coronavirus lockdown restrictions had played a part in reducing the violence.

The southern city of Nice, which was rocked by a terrorist attack in October of 2020, saw 17 car fires and 45 garbage bin fires, while other cities in the southern region such as Cannes saw police attacked, with one officer reportedly having his eye injured.

The Paris suburbs are traditionally the areas of France that see the most car burnings on New Year’s Eve, but, according to a report from newspaper Le Parisien, the suburbs in Yvelines saw “only” six cars set on fire this year.

Te night was described as relatively calm, at least compared to 2019 when 54 vehicles were set ablaze. 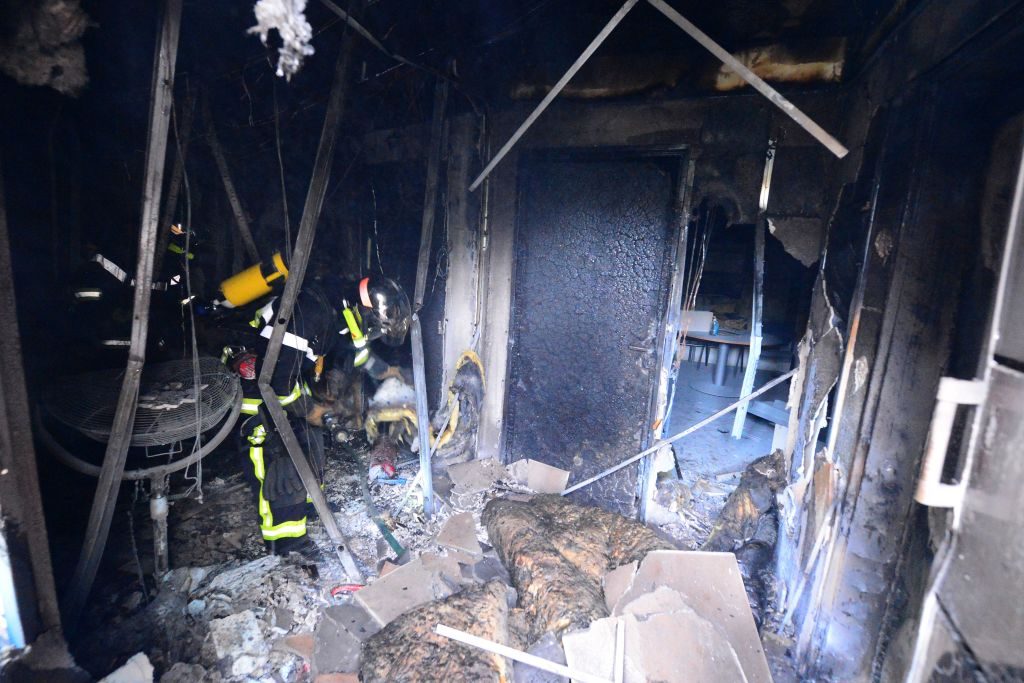 A fireman intervenes at the post office which burned on the New Year’s Eve, in the working-class neighbourhood of Aubiers, in Bordeaux, on January 1, 2021, where bus and streetcar stops have also been destroyed. (Photo: MEHDI FEDOUACH/AFP via Getty Images)

The most serious incident of the night, however, took place in the commune of Boofzheim near Strasbourg, where a 25-year-old man was killed when handling mortar fireworks that exploded and decapitated him. The victim’s 24-year-old friend who was with him at the time also received facial injuries and was rushed to a nearby hospital.

Olivier Baumann, a local who interacted with the victim and his friend just before the blast, told French media: “They were very polite, very nice young people. They wished us a Happy New Year, it was very joyful, and two minutes later it was hell, there were screams. The detonation was quite loud.”

The incident occurred despite attempts to ban the sales of fireworks throughout December in the Lower Rhine prefecture.

Boofzheim mayor Eric Klethi sent his sympathy to the family of the victim but noted that internet sales of firecrackers were much harder to stop, and called on locals to stop making their own fireworks as well.