Surging energy costs driven by Russia’s invasion of Ukraine are not just hitting domestic consumers across Europe. Small to medium manufacturers are also feeling the financial pinch with many looking to relocate to ensure their future, a report Tuesday sets out.

According to the Wall Street Journal (WSJ), fashion industry manufacturers that supply brands such as Gucci and H&M are amongst those to have watched their business models unravel amid the surge in natural-gas and electricity prices following Russia’s decision to strangle the flow of gas to the continent.

Energy costs for many textile makers have risen from about five percent of production costs to around 25 percent, slashing their profit margins, according to data from European textiles and apparel trade group Euratex obtained by the WSJ.

Some manufacturers in the UK have already flagged their inability to build the higher energy costs into their pricing and face going to the wall, as Breitbart News reported.

Energy Bills Could See Up to Six in Ten UK Factories Forced to Closehttps://t.co/EtWHhUWXRu

Earlier this week BMW announced plans to shift the production of electric Minis away from their current plant in Oxford to China, citing local “inefficiencies” in UK manufacturing.

The models moving to China include the electric hatchback and small SUV Minis.

Turkey has already been targeted because production costs are lower due to a cheaper unit cost for labour, with companies bailing on Europe rather than absorbing the extra cost in countries like Italy, according to suppliers.

Russia has continued to supply gas and oil to Turkey and with the pain striking up and down the supply chain, from weavers and spinners who consume lots of electricity to transform bales of wool into yarn to fabric dyers who use industrial-size dryers and gas-powered water tanks, the move is appealing to manufacturers determined to protect their margins. 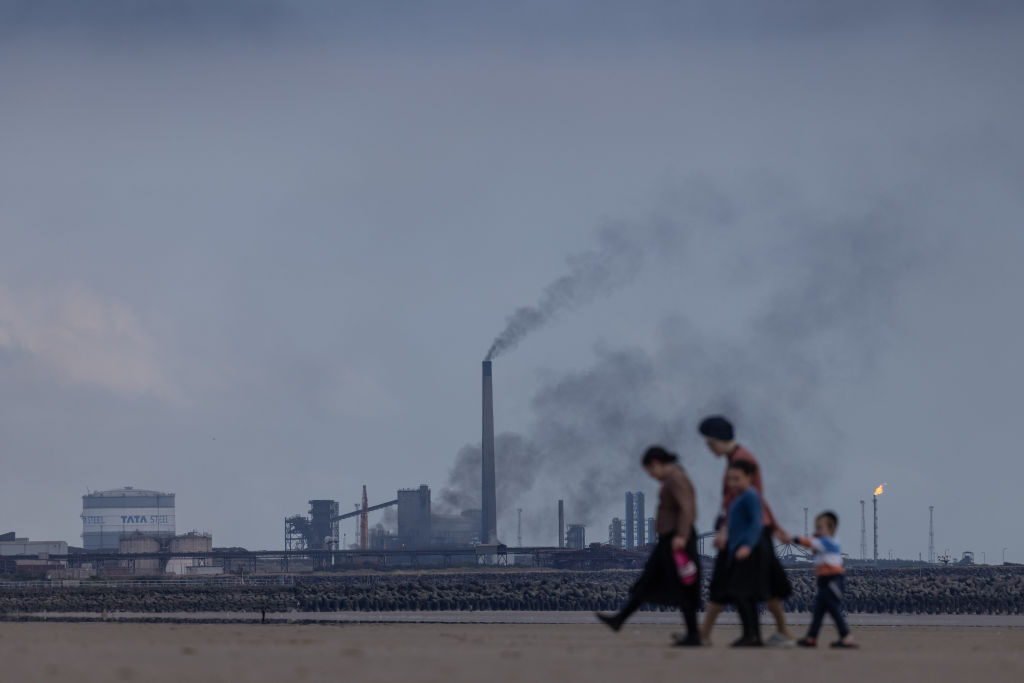 A family walk along Aberavon beach in view of the steel works, operated by Tata Steel Ltd., in Port Talbot, UK, on Wednesday, Aug. 17, 2022. Europe’s heavy industry is buckling under surging power costs which are hitting energy-intensive manufacturers the hardest. (Hollie Adams/Bloomberg via Getty)

Enrico Gatti, a wool maker who supplies Zara, H&M and other brands, told the WSJ orders have dropped by 50 percent this year for him and other textile makers around the Tuscan town of Prato, a major textile hub.

A spokeswoman for H&M Hennes & Mauritz AB said the company is “continuously developing our sourcing to mitigate increased energy, raw material and freight costs as well as currency.”

Inditex SA, owner of Zara, says its flexible manufacturing relationships allow it to shift production as needed to cut costs and bolster margins.

In Italy, the biggest textile producer in Europe, many textile makers said they can no longer line up energy-purchasing agreements that previously insulated them from short-term price fluctuations.

Currently under discussion at E.U.-wide level is the prospect of mandatory energy demand cuts during the peak hours of the day to try and protect supply.

To mitigate this, some fashion companies have been able to move from natural gas to renewable sources of electricity to seek a more predictable energy cost and supply.

Further disruption comes in the form of transport issues, with products that once took 25 days to arrive, now taking over 60 days to make journeys from far-flung factories to retail warehouses.

Transport costs are also much more expensive than before, all of which helps push some manufacturers to the wall – with workers paying the price of job losses and a less secure future.