Sixty-two percent of Americans say each person’s sex cannot be changed, marking a big shift since 2019 away from the transgender ideology, according to the results of a new poll by Harvard/Harris.

The poll of 1,576 registered voters was conducted October 26-28 by Harvard’s Center for American Political Studies (CAPS) and Harris Insights and Analytics. The poll asked:

Less than 40 percent of the respondents agreed that people can change their sex, according to the Harvard CAPS/Harris Poll, which also reported that 62 percent of all voters said, “people are born with their gender.” 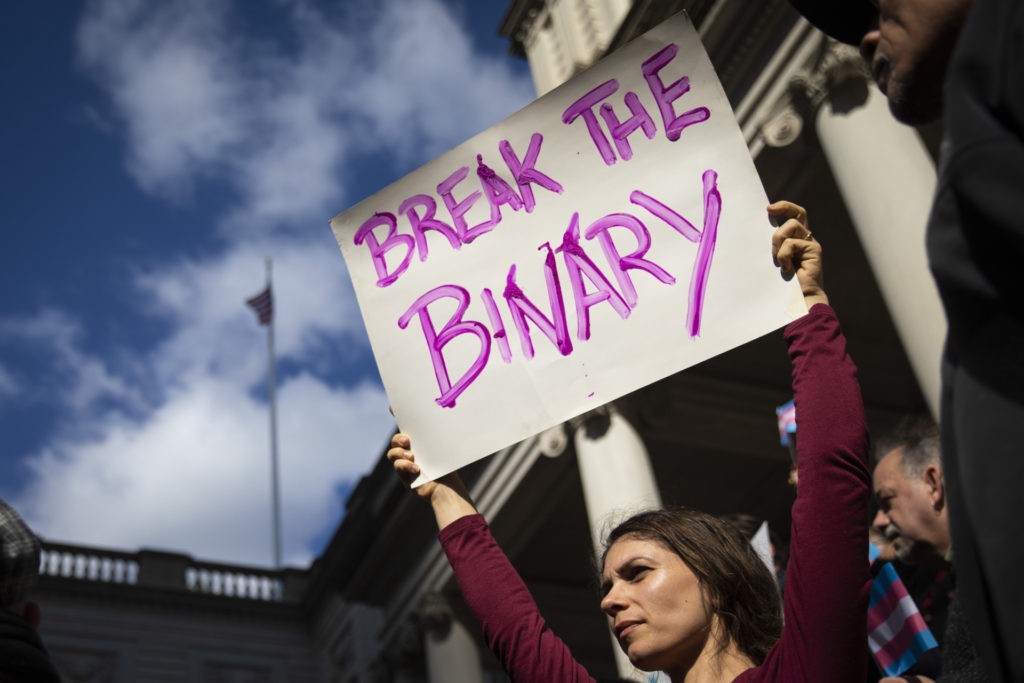 LGBT activists and their supporters rally in support of transgender people on the steps of New York City Hall, October 24, 2018, in New York City. Last week, the New York Times reported on an unreleased administration memo that proposes a strict biological definition of gender based on a person’s genitalia at birth. (Photo by Drew Angerer/Getty Images)

This biology-beats-gender result adds more evidence that public opinion is moving against the transgender ideology.

The 2019 respondents were split 50/50. So the 62/38 result in 2021 suggests that the public’s view has moved at least 20 points towards the biology-trumps-gender side of the debate in the last couple of years.

However, most Democrats still support the claim that feelings of gender are more important than biology for purposes of classifying people in a complementary male-and-female society where less than one percent of people try to live as members of the opposite sex.

The Democrats’ support for transgenderism has grown since Democratic leaders embraced the ideology under President Barack Obama. For example, the new Harvard/Harris poll showed that 59 percent of Democrats agree with the claim that “People should be able to choose their gender.”

The October Harvard/Harris poll results are backed up by data from a poll taken in August by the pro-transgender Public Religion Research Institute (PRRI).

The PRRI poll used “gender” as a substitute for sex when asking a question, to which 40 percent of Americans responded by saying there are more genders than male and female. 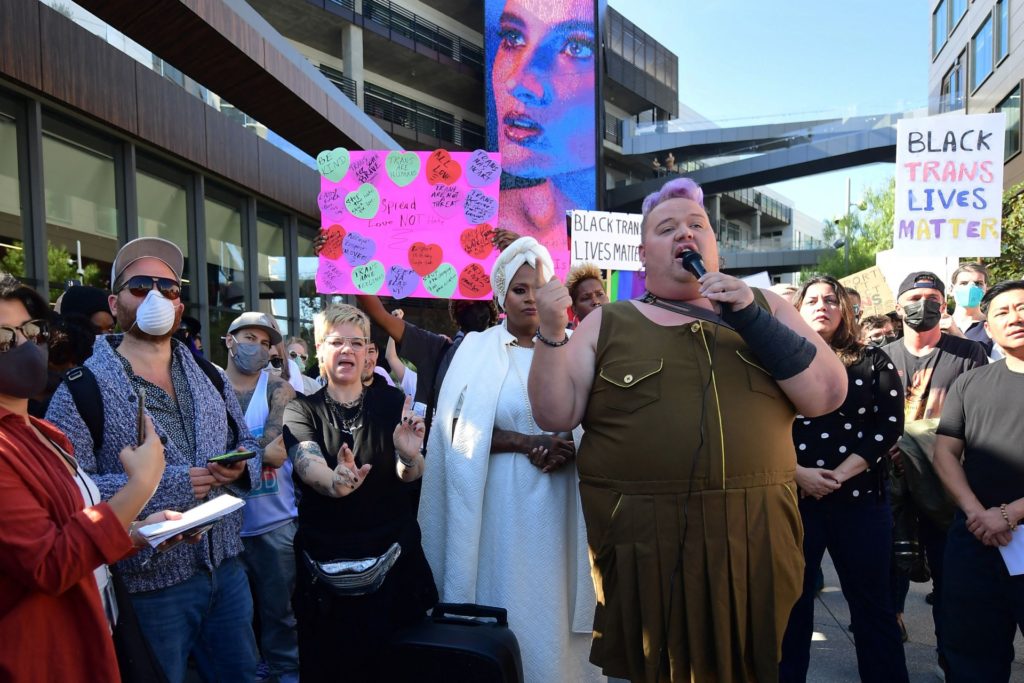 A second Harvard/Harris question in the October 2021 poll showed even less support for the transgender claim that the federal government should let people determine their own diverse sex other than male or female: Just 28 percent of people say there are “more than two genders,” according to the Harvard/Harris poll.

Transgender activists insist there are many more “genders” than male and female. The claimed extra identities include “agender,” “androgyne,” “bigender,” “demiboy,” and “demigender.”

For example, advocates claim that federal law-enforcement agencies must ensure that a man or child who says his or her gender is different from his or her biology should be allowed to use opposite-sex bathrooms. They also demand that law enforcement force other Americans to treat them as the opposite sex in conversations, workplaces, cultural events, and even in sexual activities.

Many polls show that the transgender claim is deeply rejected by most Americans — even as it is championed by ambitious progressives who promote social diversity to help fracture the civic power of ordinary Americans. This ruthless political agenda imposes a huge personal cost of near-universal sexual rejection, social isolation, and medical traumas on the few people who try to change their sexual appearance.

Hearing parents’ thoughts, experiences & above all, pain unique to the fierce love of a parent who sees reality & is powerless to get their kid off a train track, makes this audio series hard to listen to but a needed perspective in the continuing debate over “trans affirmation.” https://t.co/exdhGnMiYb

The public debate over transgenderism is conducted in school meetings, state legislatures, and in mainstream publications, such as Breitbart News. Few journalists in the establishment media have the freedom to disagree with their pro-transgender progressive peers. The public debate over the transgender issue is skewed and suppressed by progressive employees at the major tech companies, including Google, Facebook, and Twitter.

The PRRI polls also show the public is increasingly rejecting the transgender claim.

For example, the PRRI survey showed that “one-third of Americans (36%) believe that these [male] students should be allowed to participate in [female] sporting events.” That is a one-third drop from 2018 when a similar PRRI poll claimed that 50 percent of Americans said they were okay with male transgenders playing in girls’ sports. 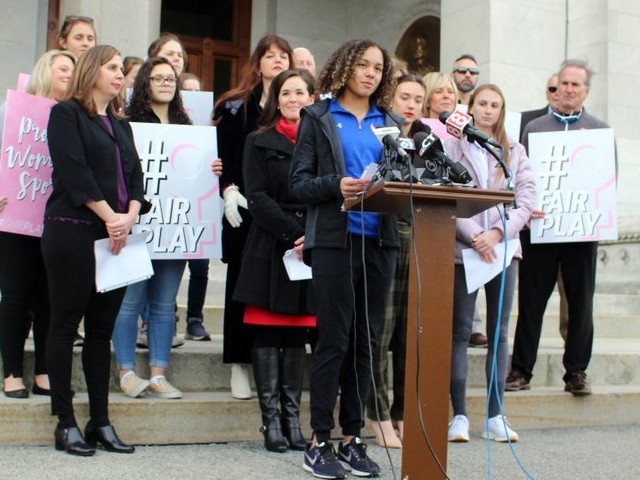 The PRRI poll also showed a two-year, one-third drop in the share of people who believe there are additional genders than male and female. In 2021, only 17 percent of Americans strongly believe there are multiple “genders,” down from 24 percent in a prior 2019 PRRI poll.

“Glenn Youngkin’s victory [in Virginia’s election for governor] showed that voters, and especially parents, are waking up to the horrendous consequences of the woke left’s gender ideology, in particular the way that it threatens the privacy and safety of girls in school,” according to a statement from the American Principles Project, which is helping to organize state-level opposition to the transgender ideology.

“It should be no surprise to see opinions shifting in polling on these issues as well,” the statement added.