RIVERSIDE — Hillary Clinton brought about 1,000 supporters at the University of California Riverside on Tuesday afternoon, but several dozen protesters had to be ejected, while a small group of demonstrators from the Revolutionary Communist Party USA demonstrated outside.

“You’ve gotta pinch yourself when your hear some of what Donald Trump is saying,” Clinton told the audience of roughly one thousand supporters at the Johnson Practice Center gymnasium. 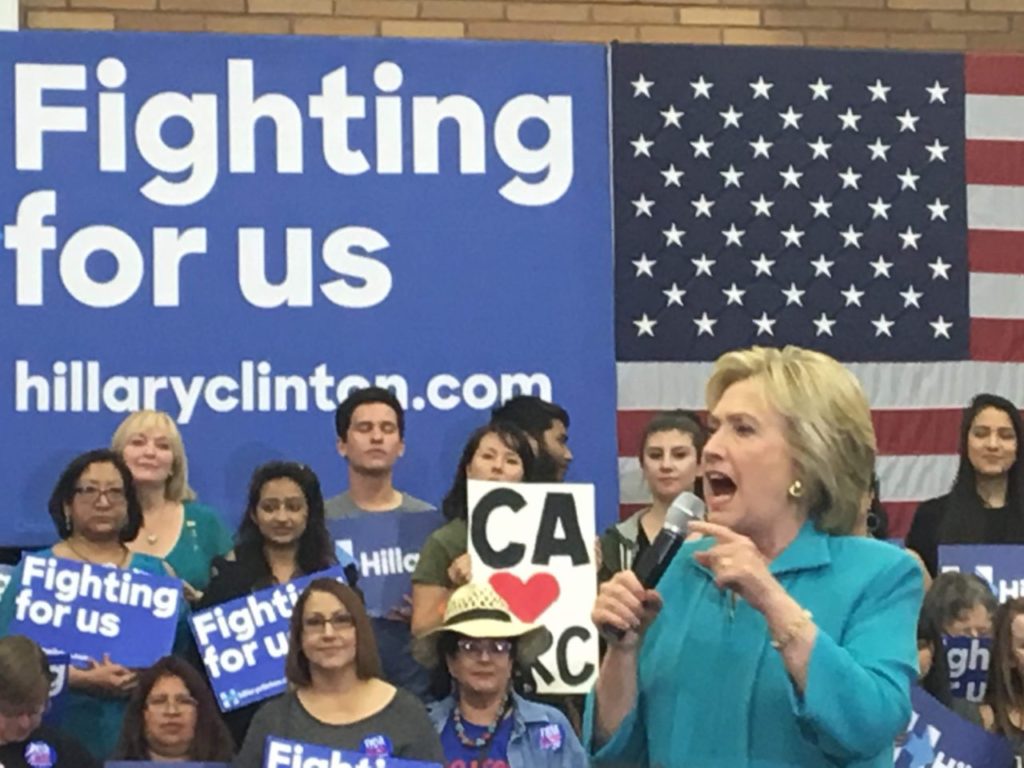 The Democratic presidential frontrunner went on to lament the way Trump “treats people” and how “divisive” he is, adding: “We may have talked about how we have a bully pulpit in the White House, but that doesn’t mean we want a bully in the White House.”

At the entrance to the venue, approximately a dozen members of the Communist Party demonstrated with bullhorns and chanted slogans, including: “Hillary, Hillary can’t you see? You created poverty,” and “H is for hypocrisy.”

There were also several disruptions during Clinton’s roughly 40-minute speech. One man standing in the back of the room took advantage of a brief silence to shout, “Release your Wall Street transcripts!” — a reference to Clinton’s unwillingness to release the content of speeches delivered to major financial firms.

Another small group of protesters was removed when they began chanting in unison, as Clinton remained unfazed and vowed to speak over them. 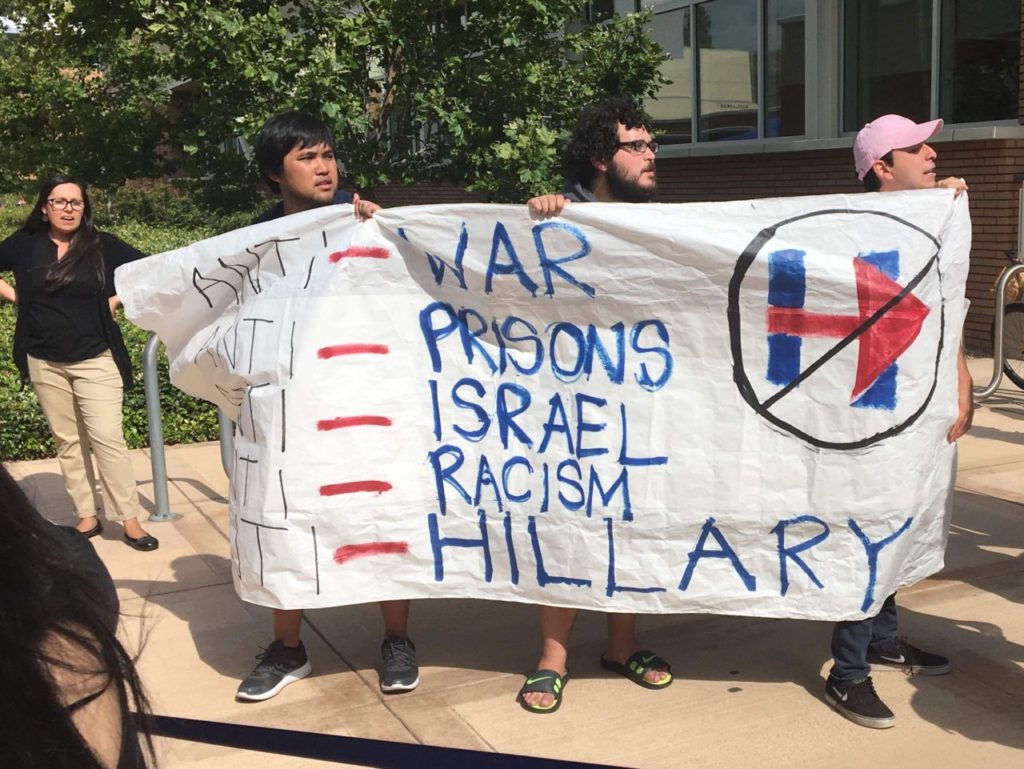 Thousands of eager supporters were turned away from the rally as the small venue quickly filled to capacity, leaving many stuck outside visibly frustrated.

“If I don’t get in, I’m voting for Trump,” one irate would-be attendee sighed.

Clinton herself remarked on the unlucky supporters stuck outside at the beginning of her speech: “I guess we should have gotten a bigger room,” she said to applause.

Clinton appeared onstage at approximately 6:15 p.m., roughly three hours after doors to the event opened at 3:30. She was preceded by no fewer than six speakers, including Grey’s Anatomy star Jason George and Last Man on Earth actress Mary Steenburgen. By the time Clinton appeared onstage, many of her supporters in the standing-room-only venue had been on their feet for more than five hours.

Outside, hundreds of supporters who could not make it into the event attempted to listen to Clinton’s speech over loudspeakers. But a vocal contingent of protesters demonstrated nearby, largely drowning out the audio.