A leader of Germany’s Central Council of Jews said Sunday he wants to combat anti-Semitism among new Arab-Muslim migrants through a government education program.

Vice President Abraham Lehrer told the Protestant Press Service he believes anti-Semitism among immigrants will become more of a problem as they become more settled in Germany, Welt reports.

“The problem of immigrant Arab-Islamic anti-Semitism still lies ahead of us. Many of these people were influenced by regimes in which anti-Semitism is part of the rationale of the state and the Jewish state is denied the right to existence,” Mr. Lehrer said.

He believes that once new immigrants are settled in their jobs and housing, Islamic anti-Semitism will have a greater bearing and people will express their opinions openly against Germany’s Jewish population. Mr. Lehrer continued:

In order to prevent this scenario, we need to tailor integration courses more closely to these people, preferably by country of origin.

What is needed are additional hours (in integration classes) in which fundamental values such as democracy and the treatment of women in our society are taught intensively.

The German Interior Ministry said in July its annual crime statistics survey that police received reports of 1,453 anti-Semitic incidents in 2017— four per day.

A report conducted by the American Jewish Committee (AJC) of 21 schools in Berlin showed the level of anti-Semitism growing among the primarily Turkish and Arab Muslim pupils. The group also found a disturbing rise in support for radical Islamism, according to German broadcaster RBB. 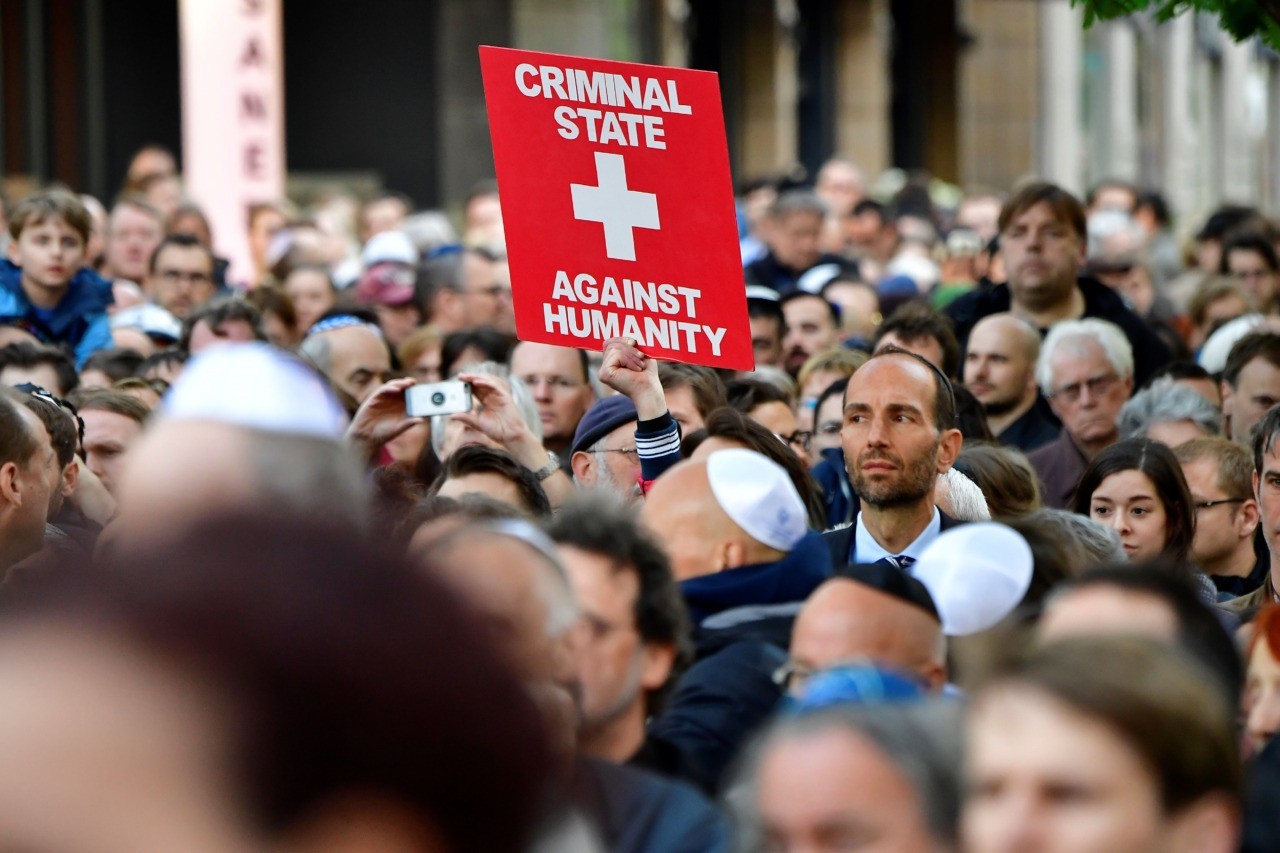 A protester holds a placard during the “Berlin wears kippa” event, with more than 2,000 Jews and non-Jews wearing the traditional skullcap to show solidarity with Jews on April 25, 2018 in Berlin after Germany has been rocked by a series of anti-Semitic incidents. (TOBIAS SCHWARZ/AFP/Getty)

Many of the teachers interviewed for the survey said they had been confronted by various anti-Semitic incidents in recent years. Some blamed “religious authorities”, saying many of the Muslim children were being taught at their mosques to be aggressive toward classmates who were girls, homosexuals or secular Muslims.

Dr. Felix Klein, the German government’s first special envoy to the Jewish community has warned that Jews’ fear over the influx of Muslim, Arab refugees is legitimate.

The 80th anniversary of Kristallnacht, the bloody upheaval in which Jewish houses, synagogues and businesses were torched across the country with the implicit blessing of authorities, will be remembered with ceremonies across the country this Friday.