DUBAI, United Arab Emirates (AP) — Dubai International Airport, the world’s busiest for international travel, reported on Thursday it handled over 13.6 million passengers in the first three months of 2022 — more than double last year’s number in a clear sign that a long-awaited travel revival has reached the global aviation hub.

This quarter’s passenger count represents the airport’s busiest since the virus struck in 2020 and compares to just 5.7 million passengers logged in the same period last year.

In a sign however that long-haul markets have yet to enjoy a full recovery from the pandemic, CEO Paul Griffiths said the airport didn’t expect to see transit traffic back to pre-virus levels for another two years at least. Still, flight traffic has improved as nations around the world have loosened COVID-19 travel restrictions such as testing and vaccination rules.

“It’s been extremely encouraging,” Griffiths told The Associated Press, praising government efforts to keep Dubai’s border open, aggressively vaccinate and introduce policies that have attracted an international workforce. “We’re now seeing a massive resurgence. … A whole new sector of the world’s population is starting to look at Dubai as a very credible and attractive place to live and work.”

The key east-west transit point, home to Emirates, long the jewel of Dubai’s state-linked companies, is expected to handle 58.3 million passengers in 2022. 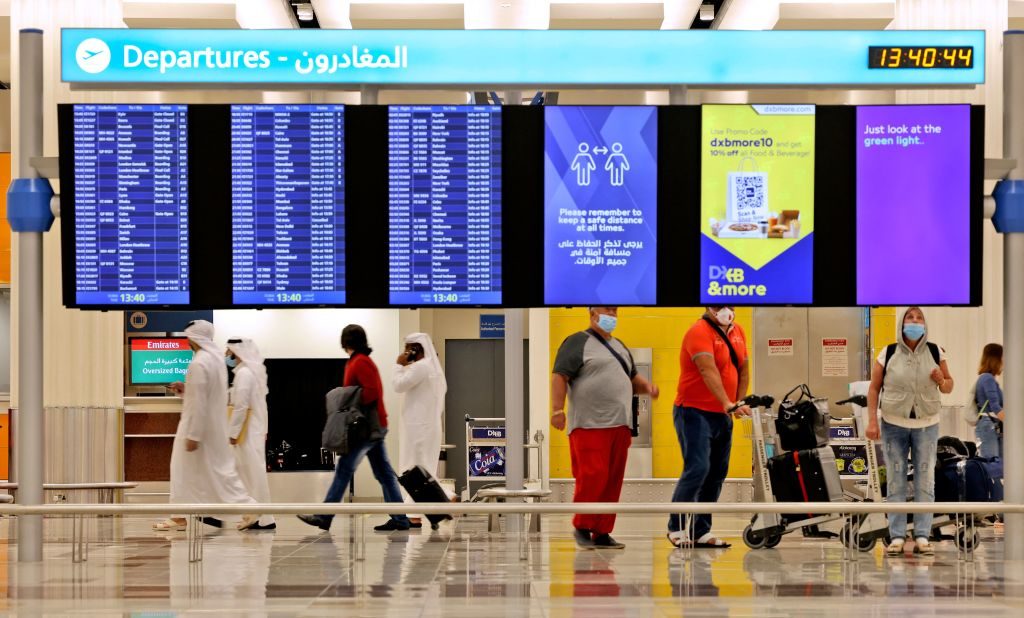 This year’s passenger traffic has so far been driven by the airport’s reliable destinations and source markets with large expat populations in Dubai — India, Pakistan and the United Kingdom.

More recently after Russian tanks rolled into Ukraine and the West piled sanctions on the Kremlin, the airport has become one of the few remaining flight corridors out of Russia.

Major American companies have transferred employees from Russia to the United Arab Emirates. The Gulf Arab federation has avoided overt criticism of Russia’s war on Ukraine and not enforced sanctions imposed by the West. The UAE also offers three-month multiple-entry visas upon arrival to Russians. Emirates flights between Dubai and Russia have continued.

“Since the tensions in Ukraine and Russia started, Dubai has remained open to people coming from those areas,” said Griffiths, saying he couldn’t provide a breakdown of passenger traffic from Russia. “Where others have closed borders, we’ve remained open.”

Griffiths also said that the private jet terminal at Al Maktoum International at Dubai World Central, the Gulf city’s second airport, has been “incredibly busy,” with a recent 400% spike in traffic. Satellite images show dozens of private jets parked at the terminal. 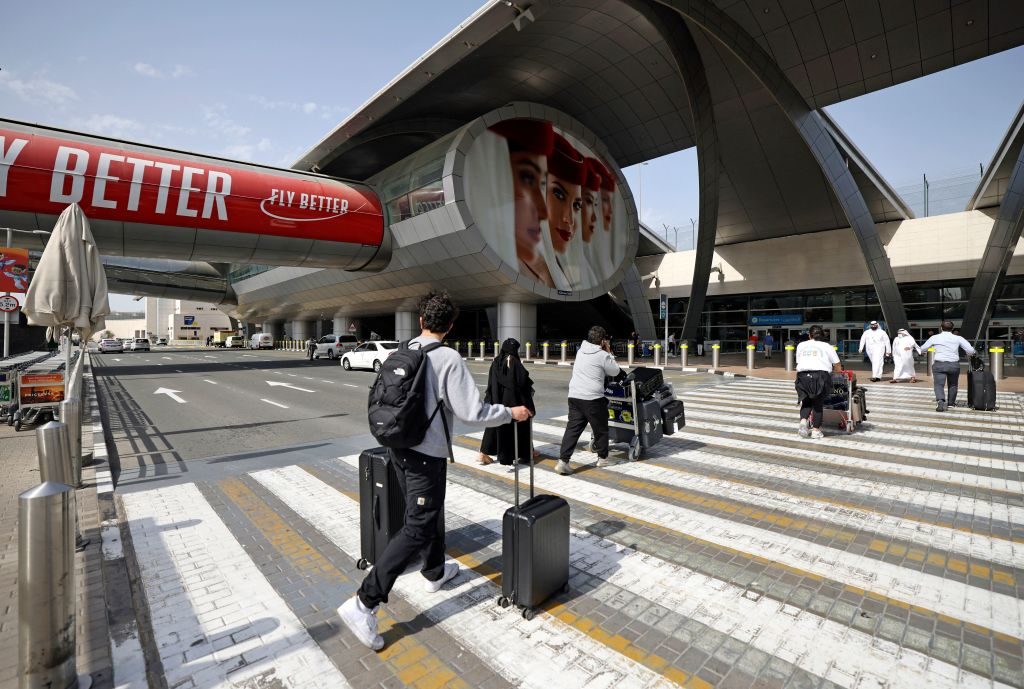 Travellers arrive with their luggage outside Dubai International Airport on February 21, 2022. (KARIM SAHIB/AFP via Getty Images)

He declined to elaborate on whether the parked jets had connections to Russia’s wealthy trying to leave the country with their assets, saying only:

“We’ve just allowed everyone to go about their business.”

Griffiths sounded optimistic when asked how Dubai’s airport was rebounding not only from the pandemic’s devastating blow to aviation, but also to travel retail sales.

The Dubai airport’s soaring terminals, with water cascades and artificial palm trees, cavernous duty-free stores and luxury boutiques, relies on revenue from retail concessions. As international passenger traffic plunged and Chinese tourists largely vanished, much of that money dried up.

But Griffiths said the tourists who have trickled through the terminals in recent months are big spenders. Demand for luxury goods has remained high in Dubai.

“Interestingly, even though passenger volumes have fallen over the last few years, those who are traveling tend to spend more,” he said. “If we are delivering the experience people come to expect, we hope that will be enough of a pull to get people through Dubai.”