The Marine officer is compact and solid. He wears his combat fatigues pressed, with a neat crease in the upper sleeve. His buzz-cut is sharp and clean. His clear eyes, open expression, and intense gaze evidence intelligence and keen perception, softened by his baby face. A better specimen of Marine warrior is not likely to be found. But just a minute, this Marine is not in Jacksonville, or Twenty-nine Palms. This fighter in the Global War on Terror (GWOT) is a lieutenant in the Philippine Marine Corps (PMC). 1Lt. Romulo Dimayuga is taking part in a demonstration of Marine tactics at the PMC training base in Ternate, Cavite, south of Manila. 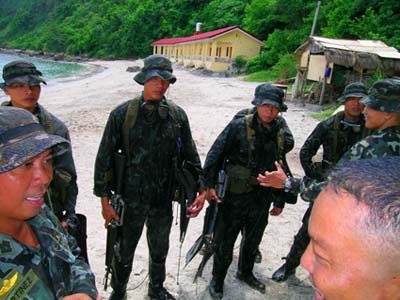 Dimayuga led a platoon of Marines on a combat mission against a superior force of Abu Sayyaf Group (ASG) combatants. Weeks after he returned from the jungle with the remnants of his patrol (more than 50% of his men were killed or wounded in the battle, and Dimayuga still carries a bullet in his belly) he learned that his Marines had killed the then-leader of the ASG, Kaddafy Janjalani. 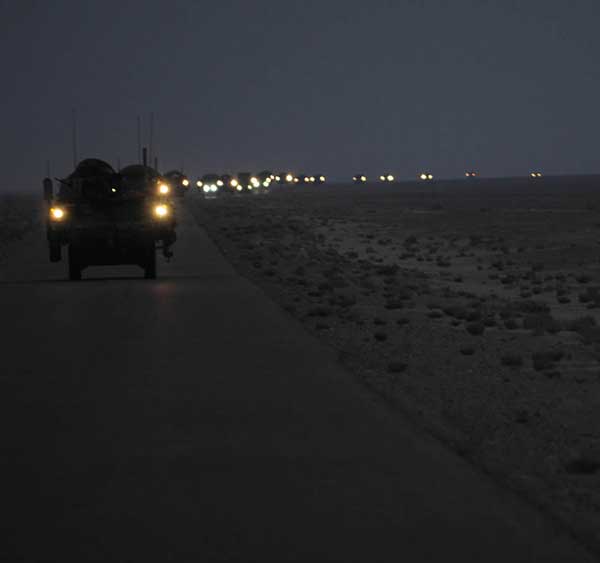 Overlooking Manila Bay, with a stunning view of the WWII American and Filipino positions defending the Japanese onslaught at Corregidor, with the Bataan peninsula looming in the far distance, the Filipino Marine base is nestled in a series of coves chiseled into the volcanic ridges of Luzon island. The Marines conduct their Basic training for enlisted, and indoctrination training for officers in this rugged terrain.

Commandant of the PMC, Major General Juancho Sabban, chatted with me during a break in the training demonstration. We talked about the Filipino military’s successes in their hot war against the Al-Qaeda-linked ASG in the southern Philippines. He also commented on the theory and application of Counter-Insurgency (COIN) strategy, based on his time in command in Sulu Province.

The anti-terrorist, anti-insurgency military operations in the southern Philippines are similar in many ways to the COIN operations the US military is undertaking in Afghanistan today. Filipino troops face a violent insurgent threat in a tribal-based society in remote border regions inhabited by Islamic cultures that value highly warfare against outsiders and infidels. 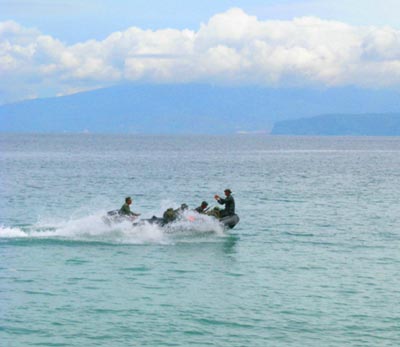 The battle for hearts and minds, in Sulu, however, has been, arguably, much more effective than the battle in the Afghanistan-Pakistan frontier. General Sabban explained that his COIN operation, including working hand in hand with American units and civilian partners, is heavy on infrastructure development. Sabban said he was asked by an American Congressional delegation, which had been critical of the military operations, to provide a wish-list for funding. The Congressman was surprised to see that Sabban’s list was not military equipment, but instead was requests for pumps, docks, roads, schools, wells, and other infrastructure to improve the lives of the inhabitants.

Sabban said that his country’s COIN strategy was making good progress, with a few steps forward for every step back, like the recent suicide bombing at the Zamboanga airport. Upon reflection, he shared his belief that the difference between his COIN operations, and America’s faltering progress in Afghanistan could be due to a difference in the political landscape of the southern Philippines and Afghanistan.

Sabban and I discussed the difference between complete control of an area, politically, economically, militarily, as the Republic of the Philippines enjoys in Sulu, and the U.S. situation in Afghanistan. While the U.S. must contend with a morally bankrupt, corrupt, ineffective and inept Afghan government, in order to win support from NATO and other allies, the Philippines owns the territory of its battle in Sulu. Although the island chain is nominally a part of the Autonomous Region of Muslim Mindanao, the Philippine government is the ultimate power, officially and in reality.

With no need to pretend that the locals are in control, and no need to make a show of local buy-in with either military or social operations, the PMC and its Filipino military brethren, are free to operate as necessary. But the most important ingredient is operating in a way that earns the respect of the populace. That requires exhibiting strength and manliness, maybe more than America is prepared to display publicly. The Muslim tribal culture respects adversaries and overlords who are strong and, to some extent, ruthless. That’s right–sometimes hearts and minds follow where the short-hairs are led. The approach must be determined by the target culture, not by the aggressor culture.

Only with culturally aware, socio-politico-economic-military total control of an insurgent region can a true COIN battle for hearts and minds be successful. As the United States proved nearly a hundred years ago, on the same ground that Filipino and American forces stand side by side in the Global War on Terror in Mindanao and Sulu today, complete colonial-style control of an insurgent territory is necessary for the success of COIN operations.