Behind the scenes in the Iran nuclear deal 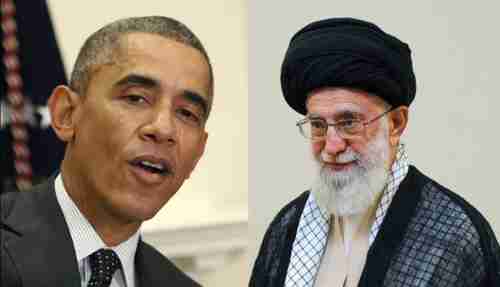 I like to reference Debka’s newsletter because it contains valuable insights into what’s going on, but it is written from Israel’s point of view, and sometimes gets things wrong. This week’s subscriber-only newsletter (sent to me by a subscriber) contains an analysis of the behind the scenes activities that led to the Iran nuclear deal:

Generally, the Debka view is consistent with my article “15-Jul-15 World View — Arab views of Iran nuclear deal,” including the fact that Iran is becoming America’s ally, and the Sunni Arabs will be America’s enemy. Debka

The Arab world is disintegrating into war

The same Debka newsletter points out that the number of conflicts in the Arab world is larger than the number of Arab nations involved in the conflicts:

On the other hand, the United Arab Emirates (UAE) and Oman have lined up behind the Iran nuclear deal and have maintained good relations with Iran. In particular, the UAE expects to gain from the Iran’s post-sanctions import and export trade by having Dubai become the biggest free port in the Gulf.

Debka says that the Arab governments are, like Israel, in a state of disarray after being swept aside by the Iran deal, and in a state of gloom over all the wars going on. The Arab nations need to focus on creating a new Arab regional structure to replace the outdated Arab League.

As we have been saying for many years, the Mideast is headed for a major regional ethnic and sectarian war with 100% certainty, and events seem to bring that war closer every week. This is particularly true of last week’s major event, the Iran nuclear deal.

It is impossible to predict the sequence of political events that will lead to this regional war, but the concept of “a new Arab regional structure” suggests one possibility. My expectation is that, sooner or later, the Arab states will unite with ISIS to fight Iran, Syria and Hezbollah, and this new Arab regional structure may be the political mechanism that brings all these Sunni and Arab elements together to fight Iran. Debka

In a major anti-terrorism sweep across the country, Saudi Arabia has arrested 431 people believed to belong to ISIS cells, “as part of a scheme managed from troubled areas abroad and aimed at inciting sectarian strife and chaos.” According to the Saudi statement statement:

The number of arrested to date was 431 … detainees, most of them citizens, as well as participants holding other nationalities including Yemeni, Egyptian, Syrian, Jordanian, Algerian, Nigerian, Chadian, and unidentified others.

What combines these cells (which were subjected to security restrictions by not making direct contacts among themselves) is the belonging to the terrorist ISIS organization in terms of the adoption of thought, takfir of society and bloodshed, and then exchanging roles to implement the plans and objectives dictated from abroad.

The fact that over 400 people have been arrested gives an idea of the scale of threat that the Saudis face in ISIS. Saudi Press Agency and AP and Arab News

ISIS has claimed responsibility for a massive bomb attack in a crowded open-air market in Khan Bani Saad, a mostly Shia town 20 miles northeast of Baghdad. The death toll is 130 and climbing, making it the biggest ISIS civilian terror attack in the country.

A man in a truck pulled up to the marketplace in the extreme summer heat and said he was selling ice at a discount to celebrate the end of Ramadan. He lured over 100 people to the truck, and the detonated at least one ton of explosives.

Khan Bani Saad is in Diyala province, which borders Iran. It’s the only province in Iraq where Iranian jets are known to have conducted airstrikes against ISIS earlier this year. CNN and AP