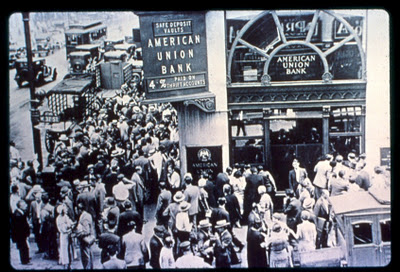 Since Schweizer’s book came out, CBS’ 60 Minutes did a feature on Congressman Bachus’ insider trading, and that of others. Since then, his own constituents held a rally demanding Bachus’ resignation. In response, he committed to hold hearings on the STOCK Act, an effort to reform insider trading. Later, the Congressman reneged.

His constituents reacted angrily, committing to recruit a strong candidate against the Congressman, and many names were floated. Just after Christmas, Judicial Watch named Bachus one of the top 10 most corrupt politicians in Washington.

“This (Spencer Bachus) is clearly not proper representation of the good people of Alabama” said Deanna Frankowski, of Rainy Day Patriots, a local Tea Party group. “I told Scott Beason that we need his leadership against Bachus, and that I would help him if he ran.”

Many thought that of the possible contenders, Sen. Scott Beason would be able to gain the traction and funds to take on the hefty war chest of Congressman Bachus, estimated to be upward of $1 million by campaign’s end. Beason gained statewide prominence and considerable national attention for championing the embattled Alabama illegal immigration bill, the “Bill for the Rule of Law”. Under scrutiny, many legislators have weakened their positions on the bill, while Beason has remained a steadfast defender, further impressing conservatives across the state.

He is a favorite of local talk radio shows, and has already hit the ground attending a local “Pistols and Politics“event at a gun shop in the district, as well as any other place he can find a crowd.

“I am running because I feel a strong calling to do so” he said on the Dr. Gina Show on 101.1 WYDE The Source right after his announcement.

He will not be alone in the race, and many see the crowded field as indicative of the enthusiasm to “clean house” where Congressman Bachus is concerned. Other notables include another Tea Party favorite, a former US Army Instructor Al Mickel, Stan Pate, a colorful figure in Alabama’s political landscape, and David Standridge, a local judge.

Bachus’ constituents are clearly unhappy with him, and he will have the fight of his life to retain his seat, by all indications.