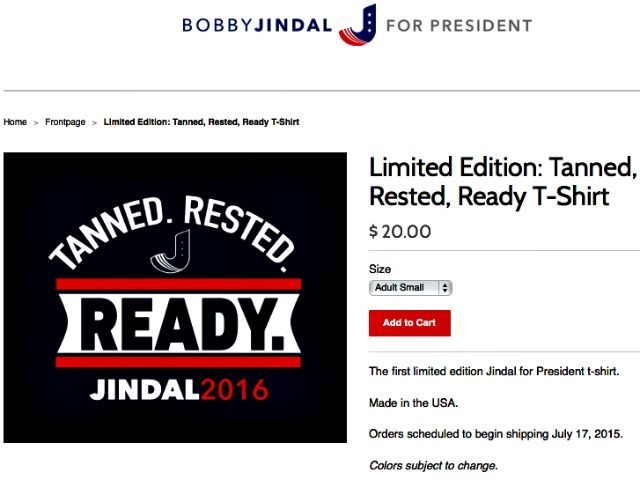 His tweet read: “The liberal media said, “There’s not much Indian left in Bobby Jindal,” so we made shirts to mock them.”

Jindal was mocking a story last week from the Washington Post that questioned Jindal’s heritage.

The headline that allegedly attacked Jindal’s ethnicity was “From Piyush to Bobby, How does Jindal feel about his family’s past?”.

In the story, the Washington Post quoted a political science professor who said, “There’s not much Indian left in Bobby Jindal.”

The comment stirred a backlash, as Fox Nation reported about the Washington Post headline and a tweet from Ed Morrissey saying, “Imagine a WaPo social-media message that said, ‘There’s not much woman left in Hillary,’ pointing out the bias.