LOVELAND, Colorado — Donald J. Trump, the Republican nominee for President, rallied thousands—about 7,200 inside, according to the Trump campaign, and at least two thousand more outside—here while lambasting the media for refusing to report on the crowds.

Turning back to the audience, Trump noted that his media corps that follows him around never show the crowds. “They never show our crowds, never. Maybe I’ll just wade into the crowd, maybe that way they will. They never, and in fact, tonight when you go home — cause I just looked behind — the smallest section is right behind me  because we have the flag and the flag of Colorado. So all you see is my face and the few people but they’re going to become movie stars — very attractive people.”

The reason why they don’t show the crowds, he said, is because it would show the whole country the size, scope, and diversity of the movement that is backing him for president. Trump went on:

You’re not going to see this because they never show it because it’s bad to show it, because if they show it they’re going to see what’s happening. They don’t see that this is going all the way up to the rafters and we love our flag, but I think I’m going to move it a little bit in this direction next time because they’re going to show — how many rows? Nice crowd, nice, but you understand what I’m saying. Oh, my people don’t get it, my people don’t, they don’t get it my people, but if they would span the crowd — and this is what we have, no matter where we go, it’s only dictated by the size of the arena — right by the size. We went to Pueblo today; we had a tremendous crowd. All dictated by the size of the arena, and I want to thank our fire marshal who was fantastic, he was fantastic to allow so many people into the building. They have people standing at every door, but I always say how can you have a fire, it’s a concrete floor? But I want to thank the fire marshals, they were fantastic and I want to thank our police, what a job they do. What a job. What a job.

Since the rest of the media refuses to show these crowds, Breitbart News — which was on site — took a variety of photographs of the crowd, both inside and outside. 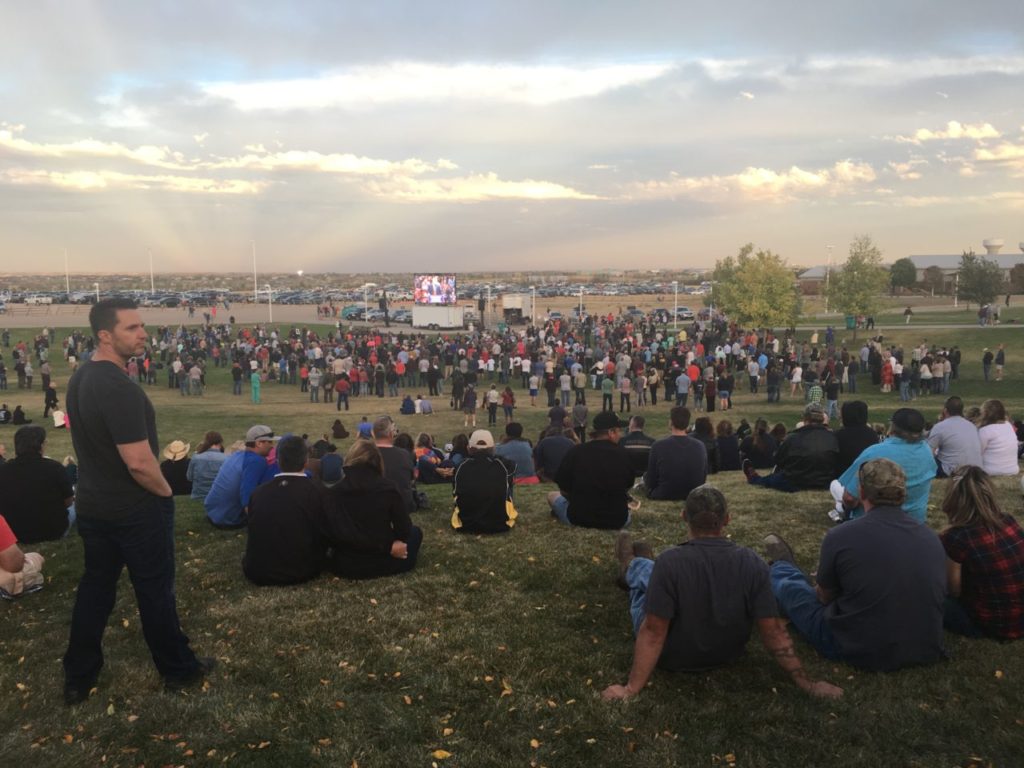 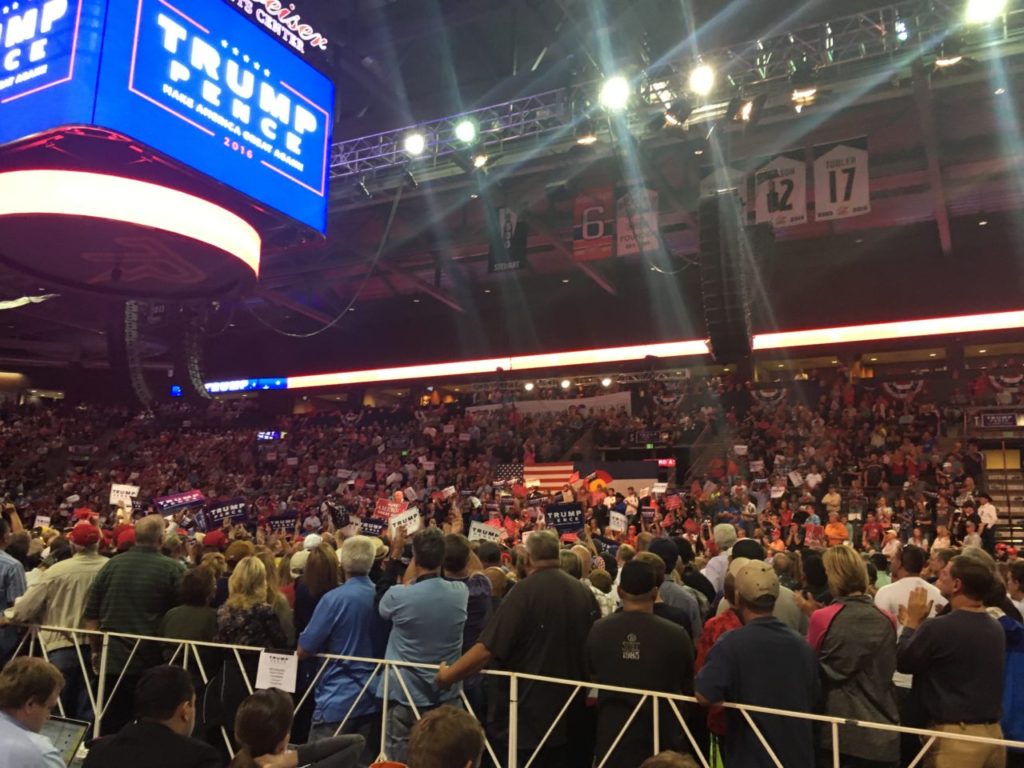 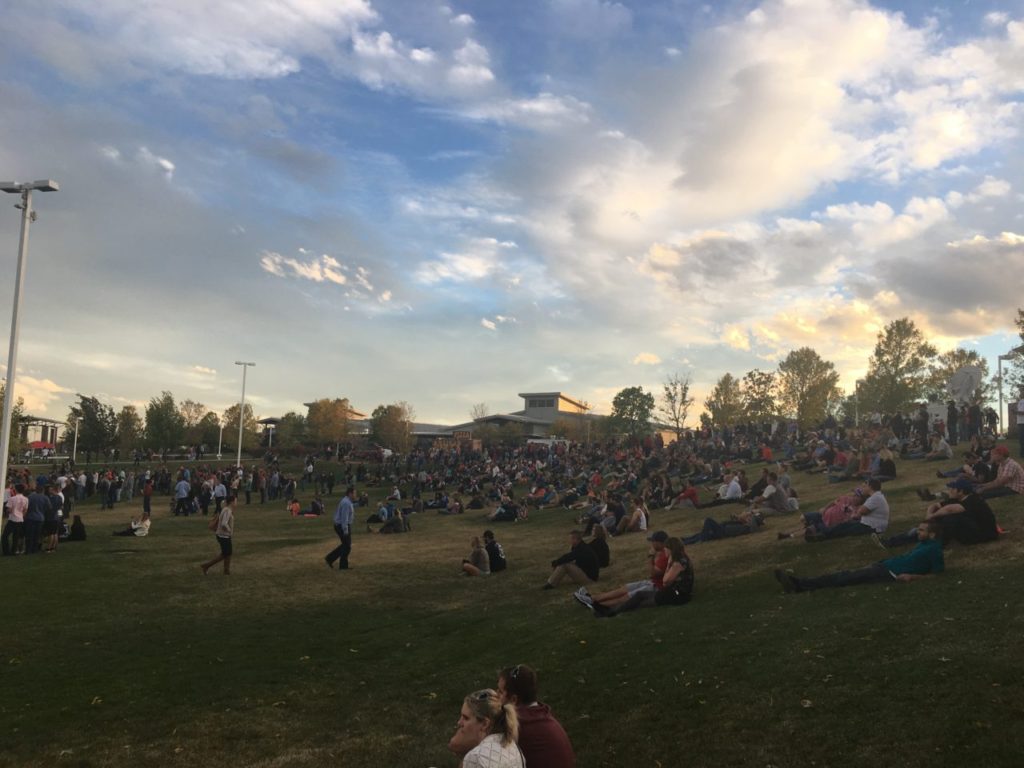