President Trump gave a full-throated populist speech at a packed rally in West Virginia Thursday, where he took aim at both Republican and Democratic lawmakers for their failures on everything from foreign policy to trade to the inability to scrap Obamacare.

“We don’t need advice from the Washington swamp,” he said to the electric crowd in Huntington, West Virginia. “We need to drain the swamp.”

Trump’s rally marks part of a broader tour of the rust belt, where he has re-engaged with the vital constituency that helped him to his win in November. Trump won the state by 42 points in November and it showed. Crowds lined up hours ahead of the rally to fill the venue and gave Trump a rockstar reception.

He used the rally to tout his successes in office, including an all-time high on the stock market, a low unemployment rate, and his decisions to pull the U.S. out of the Trans-Pacific Partnership and the Paris climate agreement. He also pushed the plan unveiled Wednesday to cut legal immigration in half, and repeated his promise to build the wall on the southern border.

The rally was reminiscent of his signature speeches during the campaign, peppered with boisterous rhetoric and greeted by a crowd that already knew the lyrics: “Drain the swamp,” “Lock her up,” and “Build the wall.”

So great being with @realDonaldTrump in the great state of #WestVirginia!!! #MAGA 🇺🇸🇺🇸🇺🇸 pic.twitter.com/sl9gPMfpno

Signs, with campaign slogans like “Trump Digs Coal” and “Veterans for Trump” peppered the rally, along with the iconic red “Make America Great Again’ caps. 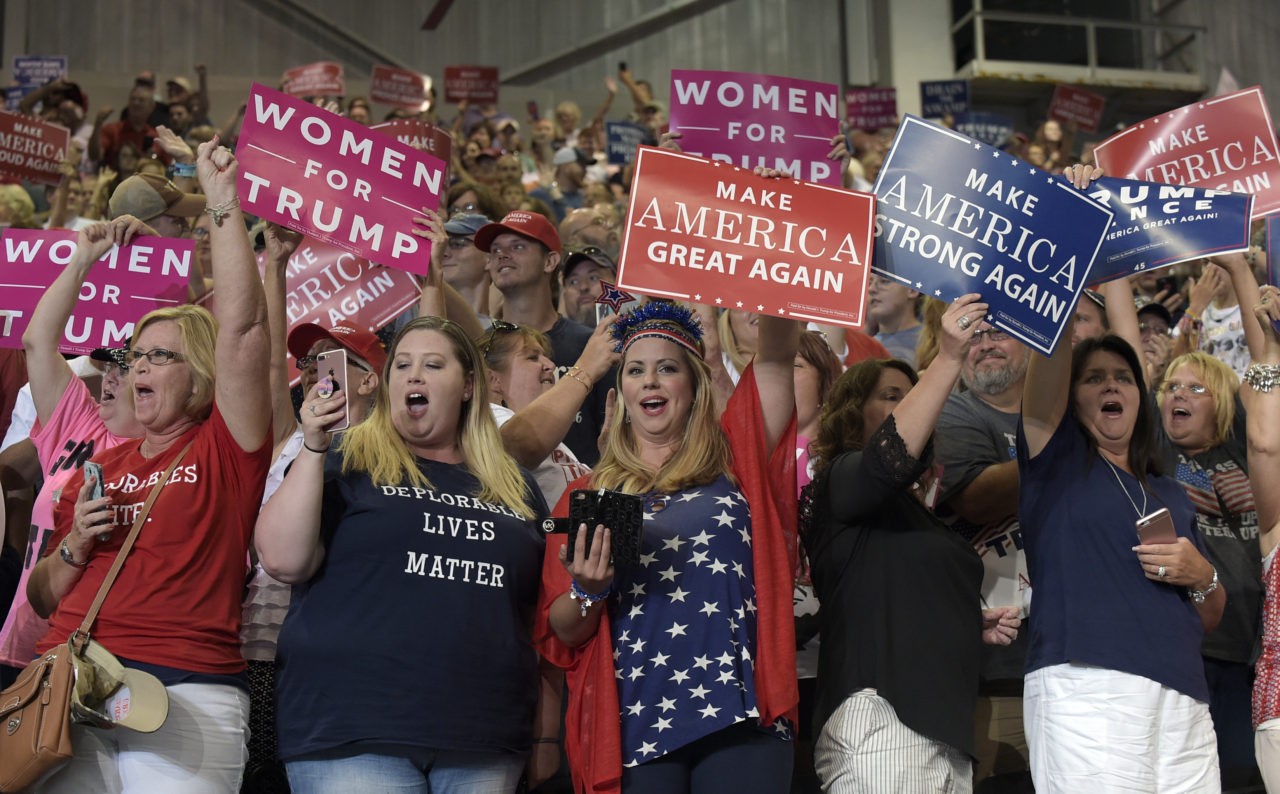 Trump was given a boost by the presence of Democratic Gov. Jim Justice, who announced that he was defecting from the Democrats to join the Republican Party. The coal business owner and billionaire told the crowd that there was nothing more he could do for them as a Democrat.

“Like it or not, the Democrats walked away from me,” Justice said. “Now, today I would tell you with lots of prayer and lots of thinking, I tell you as West Virginians: I can’t help you anymore being a Democrat governor.”

“So tomorrow I will be changing my registration to Republican,” he said. The crowd erupted.

Trump, however, made little distinction between Republicans and Democrats in his tongue-lashing of the D.C. swamp:

He also took aim at Congress for its inability to pass legislation to repeal-and-replace Obamacare, and pushed back against lawmakers suggesting it was time to move on to a different agenda:

That is why I will repeat again tonight that Congress must do its job, keep its promise, live up to its word and repeal and replace Obamacare — you have to do it. Nothing in life is easy, they must not give in, they must not give up, but instead, Congress must get to work and deliver Americans the great health care they deserve, the great repeal and replace they’ve been talking about for seven years.

However, Trump also could not resist taking a shot at Democrats, specifically by mocking the Russia controversy and tapping into the anti-Hillary Clinton rhetoric that was so popular on the campaign trail.

Calling the controversy surrounding alleged Russian interference in the 2016 election “an excuse for the greatest loss in the history of American politics,” he suggested the investigation should instead be focusing on his failed Democratic rival.

The crowd burst into chants of “lock her up” as he listed the Clinton controversies, and cheered when Trump urged Democrats to abandon the Russia conspiracy, and get on board with helping the American people.

“Democratic lawmakers will have to decide, they can continue their obsession with Russian hoax or they can serve the American people,” he said.