According to a Saturday New York Times report, Kristol “said he had begun informal conversations about creating a ‘Committee Not to Renominate the President.’”

“We need to take one shot at liberating the Republican Party from Trump, and conservatism from Trumpism,” Kristol said.

In his recent newsletter, Kristol revealed that he met with Murphy in Southern California before last week’s Politicon conference to devise schemes to undermine Trump.

“Mike and I had lunch just after I landed Friday at a suitably obscure hole-in-the-wall Chinese restaurant in an L.A. strip mall,” Kristol wrote. “It’s called Hu’s Szechwan, and if any of the plots we discussed there to save the Republican Party, to say nothing of the republic, come to fruition, historians will surely dub the effort the Hu Conspiracy.”

According to Politico, in another edition of Kristol’s newsletter, he reportedly wrote that he and Murphy “ended up in a long session plotting the salvation of the GOP and conservatism from Donald Trump. We’ll see whether anything comes of it.”

Murphy has been frustrated for years that GOP primary voters have not accepted his elitist establishment candidates like Bush.

During the 2016 election cycle, Murphy reportedly pocketed millions of dollars while blowing though a whopping $100 million running Bush’s super PAC. Bush’s campaign fizzled after Trump swatted away the “low-energy” former Florida governor, and donors were reportedly livid at Murphy’s mismanagement. Bush’s advisers, for instance, reportedly initially dismissed Trump’s candidacy and did not even see him as a potential threat.

Murphy has shown over the years that he is better at fleecing wealthy candidates (he also wasted California gubernatorial candidate Meg Whitman’s reported nearly $180 million war chest to run an uninspiring, stale, and losing campaign to Jerry Brown), getting quoted in legacy media outlets, and whispering in the ears of establishment media figures like Chuck Todd and dumbing them down than winning presidential elections (he hasn’t won any) or figuring out what messages resonate with working-class Americans, especially those who vote in GOP primaries.

Kristol said on Saturday that the “task in 2020” for Never Trumpers is to find a way to oust Trump. 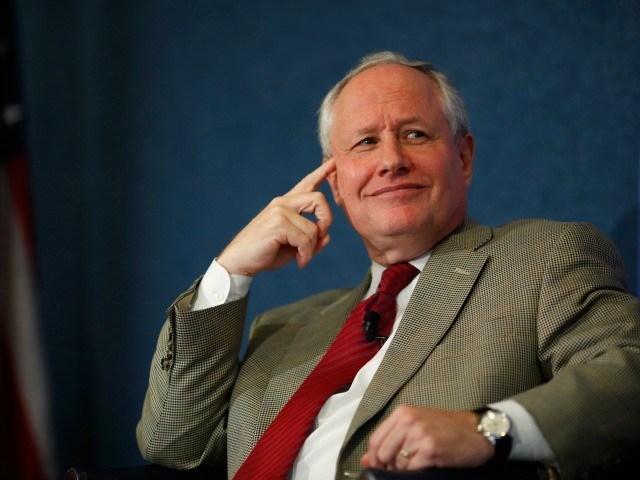