Just as people are South Florida are beginning the recovery process from Hurricane Irma, Tropical Storm Jose is now a potential threat to the U.S. East Coast.

According to the latest advisory from the National Hurricane Center, Tropical Storm Jose is forecasted to make a pass at the Eastern Seaboard, anywhere between the North Carolina Outer Banks and New England. 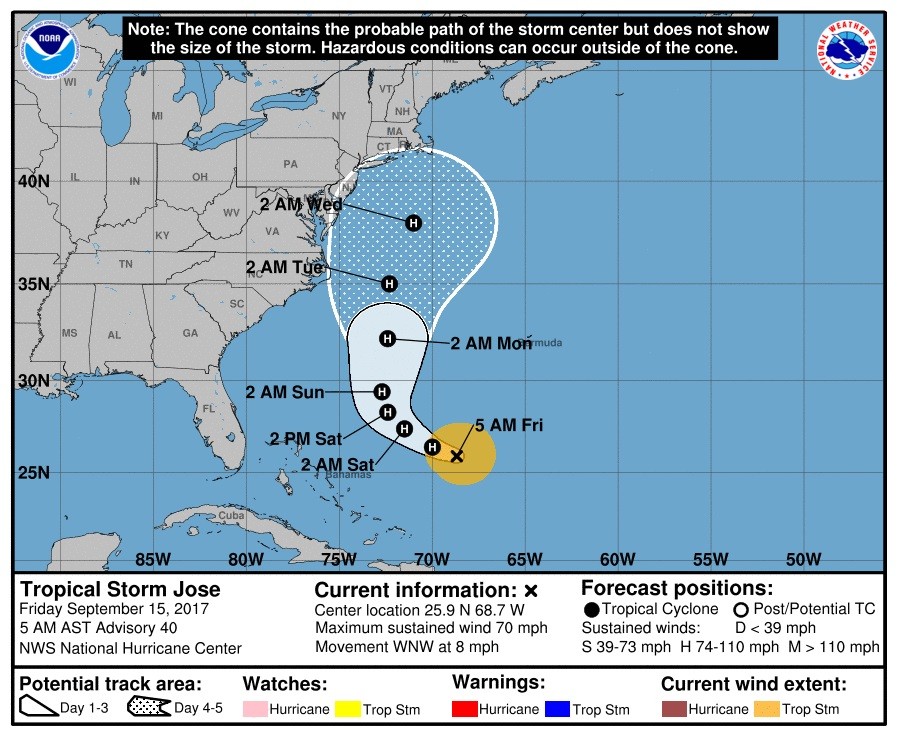 The storm is currently 360 miles northeast of the Bahamas and is expected to reemerge as a hurricane later today according to the National Weather Service.

Concern was raised for Jose after some computer models have the storm headed further west than earlier anticipated.

Get ahead of the game coastal New England. Make sure your hurricane preparedness kit is fully stocked just in case #Jose visits tue/wed. pic.twitter.com/MHMjsRDYs4