WASHINGTON, DC — Pro-abortion activists attempted to use National Abortion Federation signs to block the banners of pro-life demonstrators during the “Women’s March” in Washington, DC, on Sunday.

Some of the pro-abortion activists even expressed “verbally violent disagreement,” according to one pro-life leader.

Some Women’s March participants could be seen hurling agitated messages toward the pro-life advocates who appeared to retain a peaceful demeanor.

The pro-life demonstrators held up their banners in three locations, one very near to the next, at the steps of the Lincoln Memorial. This was just above where the Women’s March speakers program took place.

One grouping of the pro-lifers formed a four-sided display of white banners that simply read in contrasting black letters, “Planned Parenthood Protects Sex Offenders” and “Abortion Kills Children, Abortion Harms Women” with one side showing photos of women and aborted babies. The two other groupings of pro-lifers held banners that ran end to end with several photos of aborted babies and some of adult women. The banners pointed viewers to the website for the group Created Equal. 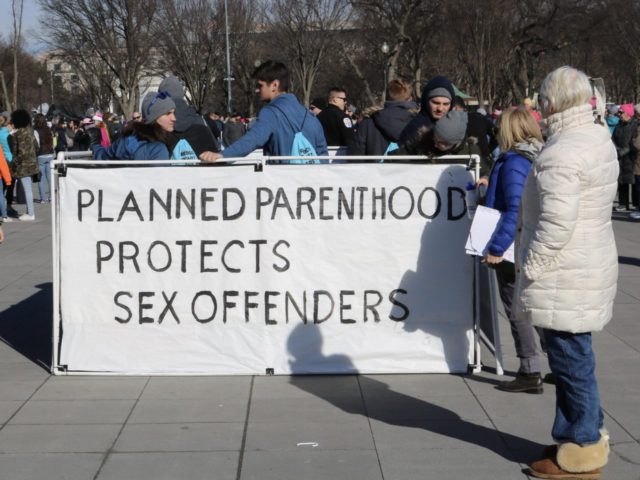 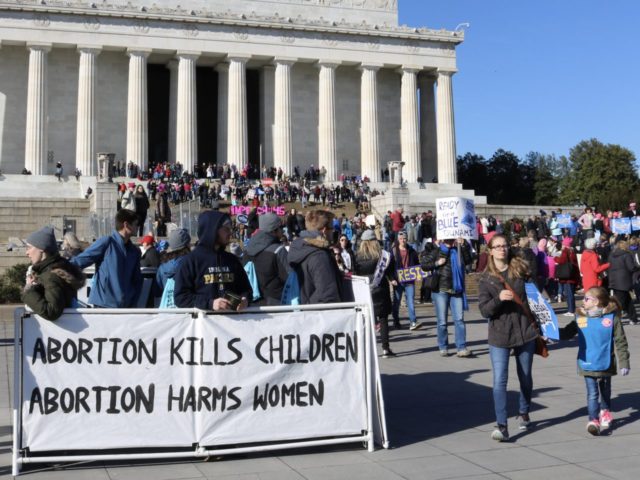 “The women’s march last year was very clear that it was a pro-abortion rally,” Created Equal’s Director of Training Seth Drayer told Breitbart News at the rally. Drayer added that when they found out there would be another, “we knew it was important to have the victims of that rally, the pre-born victims, and born women who have died by legal abortion to be represented here.”

Drayer said the group is made up of a diverse group including those who have had siblings, family members and close friends who have had abortions. The group is “united under the banner of human equality,” said Drayer.

The group had pro-life literature available. The group’s objectives included showing that the women’s march has advocated killing babies. Drayer said, “If you’re going to support abortion, you should look at abortion, look in the face of what you’re supporting, look in the face of the dead babies who were murdered by your cause.”

Drayer expressed hope that some at the march who were pro-abortion would see the signs and lay down their pro-abortion signs, understanding that the pro-abortion movement is not one that moves forward equality, but rather backward. “We want to march forward to where all humans are recognized as valuable,” said Drayer.

As of the start of the Women’s March program, the pro-life group had experienced “clear censorship,” said Drayer. He pointed to people holding signs “in front of the dead babies” and concluding that it appeared these pro-abortion demonstrators considered women too weak to view the images and make their own decision. He said the reception from marchers had thus far been one of censorship and some “verbally violent disagreement.” 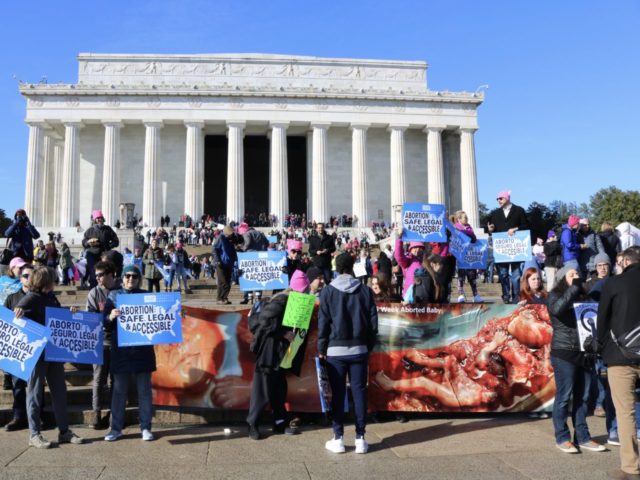 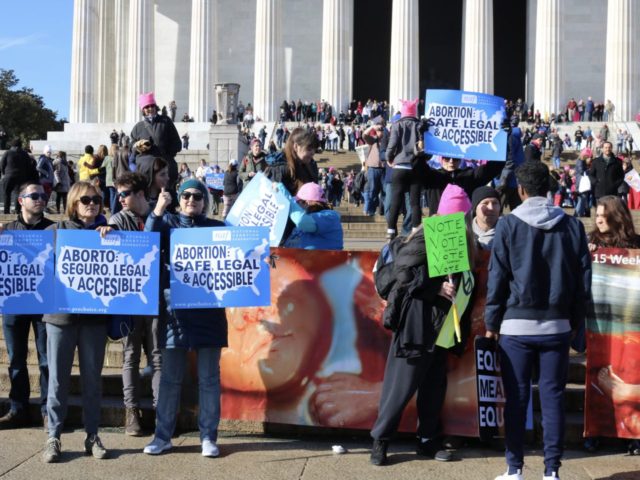 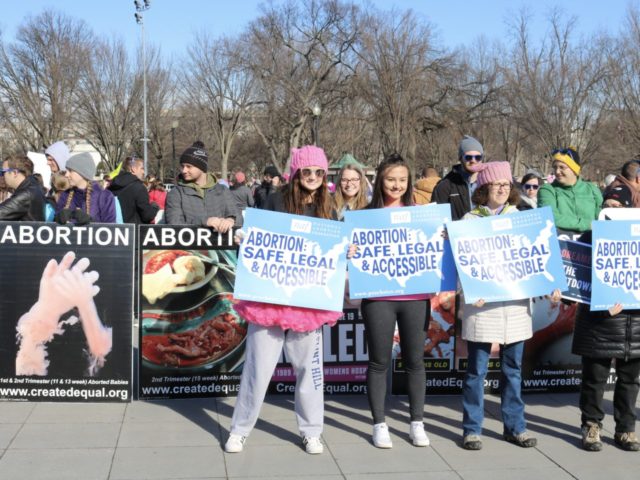 Drayer said that during the group’s demonstration at the 2017 Women’s March they did receive a little positive reception with one woman and her daughter hugging those in the group who told the pro-life group that they were disgusted with how some other marchers were treating the pro-life group. “Not everyone here is going to act angrily, want to censor us,” he added.

Drayer said he believed some who hold a pro-choice position have simply not taken a look at the scientific evidence for life beginning at fertilization and at what abortion does to babies. He said, “A lot of people change their minds when they see the pictures.”

A number of the pro-life demonstrators at the Women’s March had participated in the March for Life just one day before. Some of the demonstrators were also part of other pro-life groups such as Students for Life.

March for Life participants were out in force on the anniversary of the 1973 Roe v. Wade Supreme Court decision that made abortion legally permissible in America at the federal level. It was followed the day after by the second annual Washington, DC, Women’s March. Planned Parenthood was a major sponsor of the Women’s March event. March for Life participants at the event on Friday told Breitbart News that a pro-abortion “mindset” does not empower women and that being angry and militant doesn’t solve problems. March for Life President Jeanne Mancini told Breitbart News in a pre-march interview that those who advocate for life know that choosing life isn’t always easy for a woman facing an unintended pregnancy. The 2018 March for Life was themed, “Love Saves Lives.”