The president revealed the nature of her trip during a cabinet meeting at the White House.

The First Lady’s Communications Director Stephanie Grisham spoke about the trip during the flight to Texas with reporters.

“She wanted to see everything for herself. … She supports family reunification. She thinks that it’s important that children stay with their families,” she said.

She first appeared at the New Hope Children’s Shelter, an HHS grantee facility run by Lutheran Social Services to care for the children. 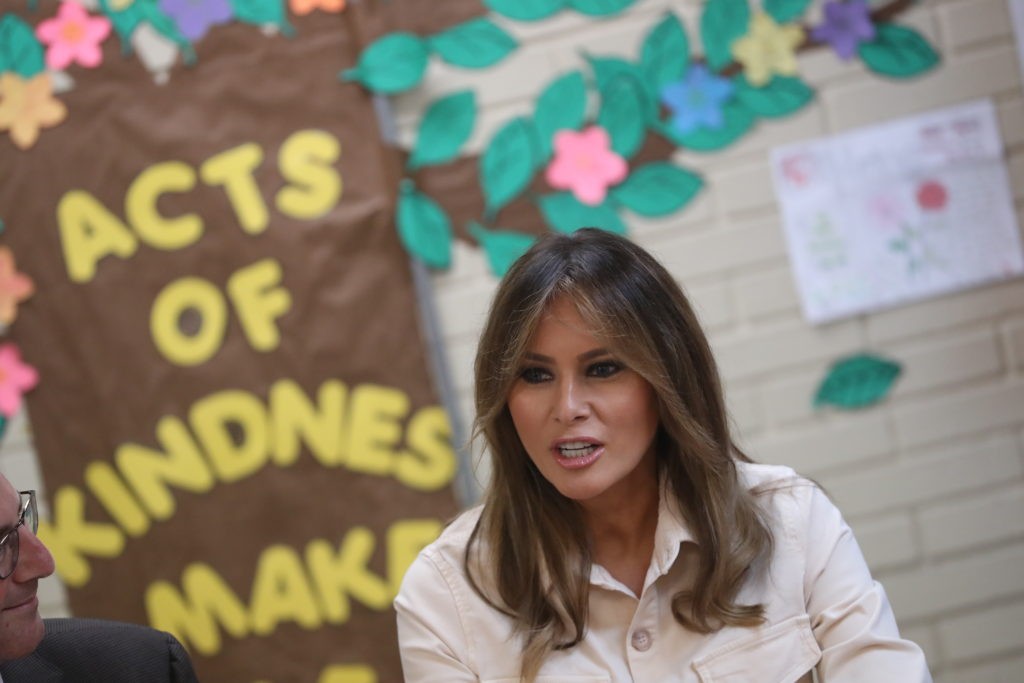 Trump thanked the workers at the facility for their efforts and promised to help the children.

“I also would like to ask you how I can help to get these children reunited with their families as quickly as possible,” she said during her visit.

During the visit, the First Lady asked the managers of the facility if the children were well cared for, educated, and had access to communicate with their parents or adult family members.

“This was 100 percent her idea. She absolutely wanted to come,” Grisham said. “She wants to see what’s happening for herself and she wants to lend her support.”

Grisham added that the First Lady wanted a realistic view of what was actually happening at the border after seeing the images and audio broadcast in the media and had the full support of the president to travel.

“The images struck her, as a mother, as a human being,” she said.

According to HHS officials, there are 55 kids in the facility run by the Lutheran Social Services of the South — 27 boys and 28 girls. Six of the children were separated at the border from the adult traveling with them, but the rest were unaccompanied minors.

Some of the detained children at the Lutheran facility made the First Lady a paper American flag, which she signed. 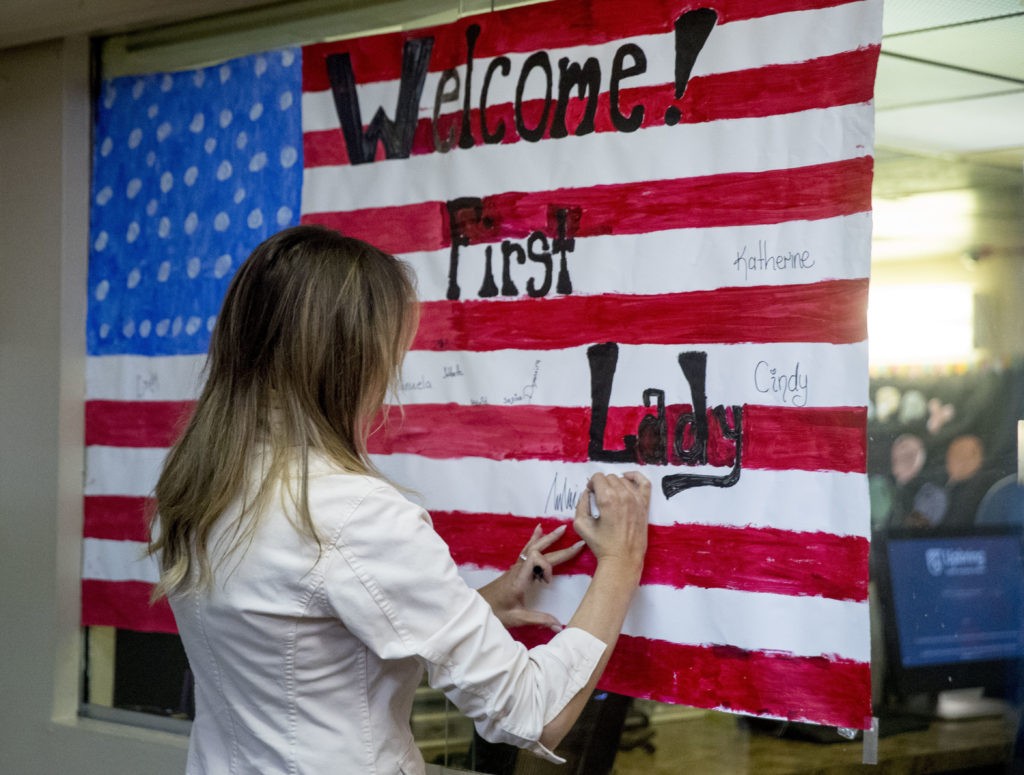 Reporters, TV crews, and photographers secretly traveled with the First Lady and released photos of her visit after the president announced the news. Media also agreed to limit photographs and video of the children to protect their privacy.

The First Lady first commented on the issue on Sunday.

“Mrs. Trump hates to see children separated from their families and hopes both sides of the aisle can finally come together to achieve successful immigration reform,” her communications director Stephanie Grisham said. “She believes we need to be a country that follows all laws, but also a country that governs with heart.”