The brother of a top staff member in Joe Biden’s administration is lobbying the White House on issues related to China for General Motors, a new disclosure reveals.

Jeff Ricchetti, a long-time swamp creature of Washington, DC’s lobbying circle is the brother of White House Counselor to the President Steve Richetti.

The form shows Ricchetti was hired to lobby the Biden White House on “Issues related to China” and lobbies the White House National Security Council. 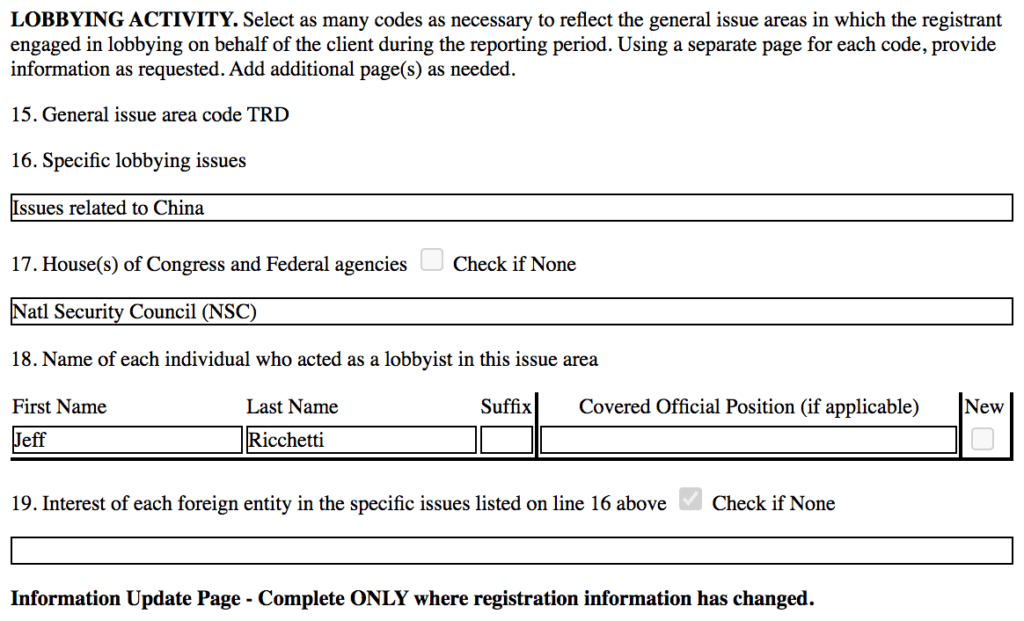 The latest disclosure is one of many documents demonstrating just how much business Jeff Richetti is getting after President Joe Biden took office — and his brother joined the team in the West Wing.

The Wall Street Journal reported Ric­chetti’s firm has collected $1.67 million in fees in the first half of the year — more than four times the money the firm made in the same period as last year.

General Motors hired Jeff Ricchetti in February 2021 and executives had a meeting with President Biden and Commerce Secretary Gina Raimondo within a few months as detailed by the Washington Free Beacon.

Domestic motor companies have scrambled in recent months to alleviate their shortages of semiconductors produced in China to get vehicle production back to normal after the coronavirus pandemic.

But General Motors has bigger desires in China, as they announced on July 5th plans to expand their local design studio to develop more electric vehicles.

“[W]e have the right organizations and people to bring the most desirable products to China’s consumers in the new era of electrification and connectivity,” General Motors executive vice president and president of GM China Julian Blissett said in a statement.

As long as a Ricchetti remains in the White House, General Motors will have a willing partner with Joe Biden — and their economic pursuits in China.

The Riccetti’s ultimately sold their firm to mega-lobbyist Tony Podesta, who also enjoyed ties to the Clinton administration through his brother John Podesta.

When Clinton left office, Jeff Riccetti started another lobbying firm with his brother Steve in 1999.

The investments paid off.

Then-Sen. Hillary Clinton (D-NY) helped direct $8 million in federal money to General Motors through earmarks in legislation between 2005 and 2007.