Joe Biden’s first half-year in office concluded with a string of disasters and failures to deliver on his campaign rhetoric.

Afghanistan: Of course, the list must begin with Biden’s hideously bungled withdrawal from Afghanistan, a debacle that claimed the lives of 13 American military personnel on Thursday.

Biden’s Afghanistan disaster is likely to haunt the United States for years to come. Terrorists are emboldened far beyond the previous Democrat administration’s Islamic State disaster, which blew jihadi recruiting through the roof while President Barack Obama helplessly dithered, lectured stone-cold killers about being on “the wrong side of history,” and mumbled that it could take decades to do anything more than contain or “degrade” the ISIS caliphate in Iraq and Syria.

Sad echoes of Obama’s “wrong side of history” rhetoric could be heard in the Biden administration advising the Taliban to “make an assessment about what they want their role to be in the international community.” Such thoughts do not appear to be keeping Taliban leadership awake at night.

Jihadis are already celebrating American defeat in Afghanistan and the slaughter of U.S. troops under Joe Biden’s leadership. The Taliban now commands a nation-state that can harbor any terrorist groups it pleases, defend itself with billions of dollars in captured American weapons and military gear, and fend off future retaliatory actions with the great-power protection afforded by its business partners in China.

The vaccination drive devolved into an ugly political and cultural battle. Vaccinated Americans were stunned to find themselves subjected to coronavirus restrictions again, despite Biden’s promises that getting the jab was the key to getting normal life back. The unvaccinated grow increasingly furious as they are treated as second-class citizens.

Poll-watchers will note that Biden’s failure to live up to his sales pitch on coronavirus control is alienating independent voters. The American people increasingly distrust the government, and every other source of authority, including each other – a lack of faith clearly exacerbated by the seemingly endless coronavirus state of emergency, “scientific” declarations made with absolute certainty in one month and abandoned the next, ridiculous levels of hypocrisy from political elites who violate their own draconian coronavirus rules, and constantly shifting goalposts for the return to normal.

Eviction moratorium slapped down: One reason for growing public distrust is the accurate perception that opportunistic politicians are exploiting the endless pandemic for power and money grabs. One of the biggest was struck down by the Supreme Court on Friday, as it ruled 6-3 against the Biden administration’s moratorium on evictions from rental property. Joining the majority opinion was Joe Biden, who admitted at the outset that his order was probably unconstitutional.

Biden managed to do a lot of damage to small landlords before the Supreme Court stepped in and reminded everyone that the Centers for Disease Control does not, in fact, have the legal authority to seize control of every rental property in America. Contrary to the Democrat caricature of landlords as top-hatted, mustache-twirling robber barons who can’t wait to throw widows and orphans out into the snow, many rental property owners are struggling middle-class folks who can’t make ends meet if their tenants stop paying rent. Others are hypocritical socialist Democrat politicians who don’t think anyone else should be able to make money by renting property. 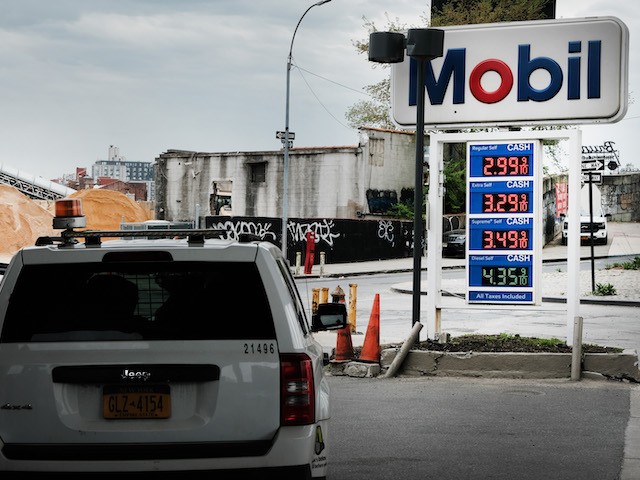 As gas prices continue to rise, people fill-up at a gas station in Brooklyn on May 03, 2021 in New York City. (Spencer Platt/Getty Images)

Gas prices: One of Biden’s first acts in office was killing the Keystone pipeline, wiping out thousands of American jobs and ensuring the U.S. would become more dependent on foreign oil. Seven months later, gas prices are spiking to seven-year highs ahead of Labor Day.

The last time gas was this expensive, Democrat President Barack Obama told people to cross their fingers and hope engineers might someday invent cars that run on algae instead of petroleum. He also took to rambling about evil oil speculators lurking in the shadows. Biden tore a page from the Obama playbook in August and claimed “illegal activity” might be causing gas prices to soar.

A week later, Biden was begging OPEC and Russia to pump more oil so gas prices would come down. His pleas were ignored by the cartels Biden had done so much to empower. Biden gave Russian President Vladimir Putin the priceless gift of the Nord Stream 2 pipeline in May. Last week, he apparently changed his mind and started dishing out pipeline-related sanctions again.

Inflation: America’s journey back to Carter-era malaise under Joe Biden continued on Friday with news that inflation is hitting 30-year highs. If food and energy prices are included – and most hard-working Americans would certainly include them – the Federal Reserve’s key inflation measure rose 4.2 percent year-over-year, far outstripping growth in personal income and reaching a level not seen since the beginning of 1991.

Biden defenders who formerly insisted his inflation surge was merely a temporary hiccup are falling silent, as the Federal Reserve and industry analysts are warning that higher prices are here to stay, and people in the lower-income brackets will be hard-pressed to pay them. Even Biden’s loyal media, as well as his own pollsters, are nervously admitting that inflation can no longer be hidden from the American people – and the people are holding Joe Biden responsible for their plight. 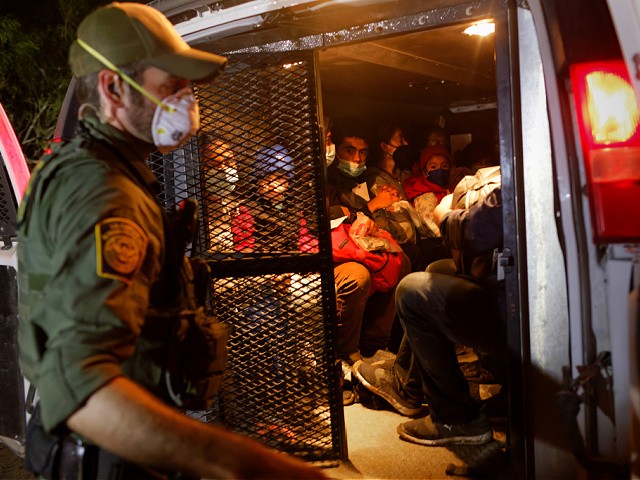 A U.S. Border Patrol agent loads immigrants into a transport van after they crossed the Rio Grande from Mexico on April 27, 2021, in Roma, Texas. (John Moore/Getty Images)

Border Crisis: Biden’s disaster in Afghanistan has diverted attention away from the disaster he created at the U.S. southern border, but the mess is still there even though Biden’s media refuses to cover it – complete with those “kids in cages” the Left suddenly decided it doesn’t care about anymore.

The Biden administration has no intention of tightening security at the border, but it has dramatically intensified its efforts to find someone else to blame for the problem. It has also stepped up its efforts to replace the American electorate with imported voters who might be more supportive of endless government growth.

The border mess is also a national security crisis. The resurgence of international terrorism after Biden’s bloody fiasco in Afghanistan, coupled with a pandemic that seems intent on burning through every letter in the Greek alphabet before it runs out of variants, seems like an exceptionally bad time to have a self-inflicted national security crisis. Knocking on wood and hoping no terrorists decide to stroll across the porous border is not a great security plan.

The Huawei cave: Biden decided to cap off a heck of a summer by inexplicably approving huge sales of automotive computer chips to Huawei, a Chinese spy agency that likes to make a little extra money on the side by selling smartphones, computers, and cars. Flummoxed American automakers wondered why Biden would make sure Huawei has all the chips it needs while chip shortages force them to suspend production.

The Chinese Communist Party (CCP) celebrated Biden’s cave on Huawei as an American surrender in the trade war, an act of submission to mighty China’s industrial dominance. Republican lawmakers on Thursday demanded to know who in the Biden administration decided selling a few hundred million dollars’ worth of scarce chips to a company involved in massive human rights abuses was a good idea.