Dr. Anthony Fauci on Monday warned states and local governments not to roll back mask mandates “prematurely,” suggesting it will largely hinge on child vaccination rates. However, he failed to identify an exact time masks will no longer be in the conversation.

Appearing on NPR’s Morning Edition, the White House medical adviser suggested that the move Washington, DC, made to relax the mask mandate “adds an extra degree of risk.”

“When you have a dynamic like that … you really gotta be careful,” Fauci said, asserting that “masks are not going to be forever for sure.”

“But you don’t want to do it [relax mask requirements] prematurely,” he said. “As much as you’d like to do it, you’ve got to be careful.”

According to the New York Times’ daily coronavirus tracker, D.C. is reporting a daily average of 94 cases, or 13 per capita. That reflects a case rate increase of 18 percent over the last two weeks.

Notably, D.C.’s per capita rate is higher than Florida’s, which is reporting the lowest in the nation: seven per 100,000. Notably, the Sunshine State has never had a statewide mask mandate in place. 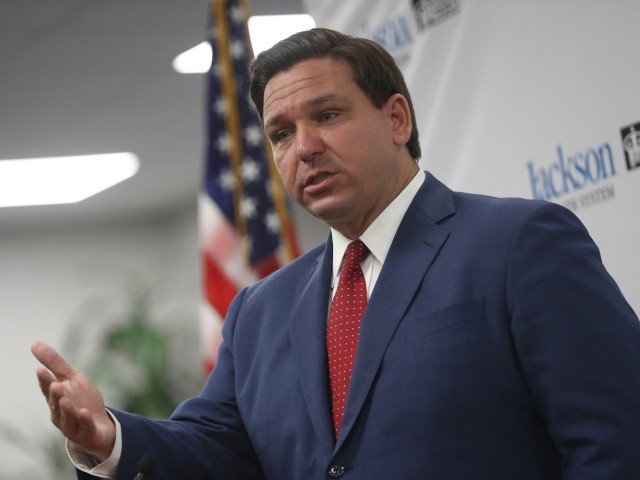 Fauci ultimately said it is “tough to predict” when mask mandates should end but suggested it largely hinges on the rate of coronavirus vaccinations among children.

“If we do a good job in getting the overwhelming majority of that cohort vaccinated, we very well may have a situation where the cases go down and we can say no masks,” Fauci said. “I hope that that’s as we get through the winter and into the spring.”

Fauci famously flip-flopped on mask usage throughout the pandemic, originally admitting in an email that drug store masks are “not really effective in keeping out virus.” He also made a similar statement during an interview with 60 Minutes in March 2020, stating, “There’s no reason to be walking around with a mask.”

He has since publicly altered his position, even showing support for double masking despite previously dismissing the efficacy of masks.

Notably, in 2019, Fauci seemingly dismissed masks, calling them a tool of the “paranoid.”