Another chalking calling for the restoration of Milo Yiannopoulos’s Twitter account has appeared outside Twitter’s Toronto office.

It follows a series of chalkings in support of the Breitbart Tech editor following his permanent suspension from Twitter last week.

Following the suspension, the hashtag #FreeMilo trended worldwide on Twitter, as people expressed their outrage at Twitter failing to cite a legitimate justification for the ban.

Other ‘Free Milo’ chalkings have appeared in locations such as outside the Pulse Nightclub in Orlando, the Hollywood Walk of Fame, at Twitter offices in both Dublin and San Francisco, and the University of California Irvine, which Milo visited as part of his “Dangerous Faggot Tour.” 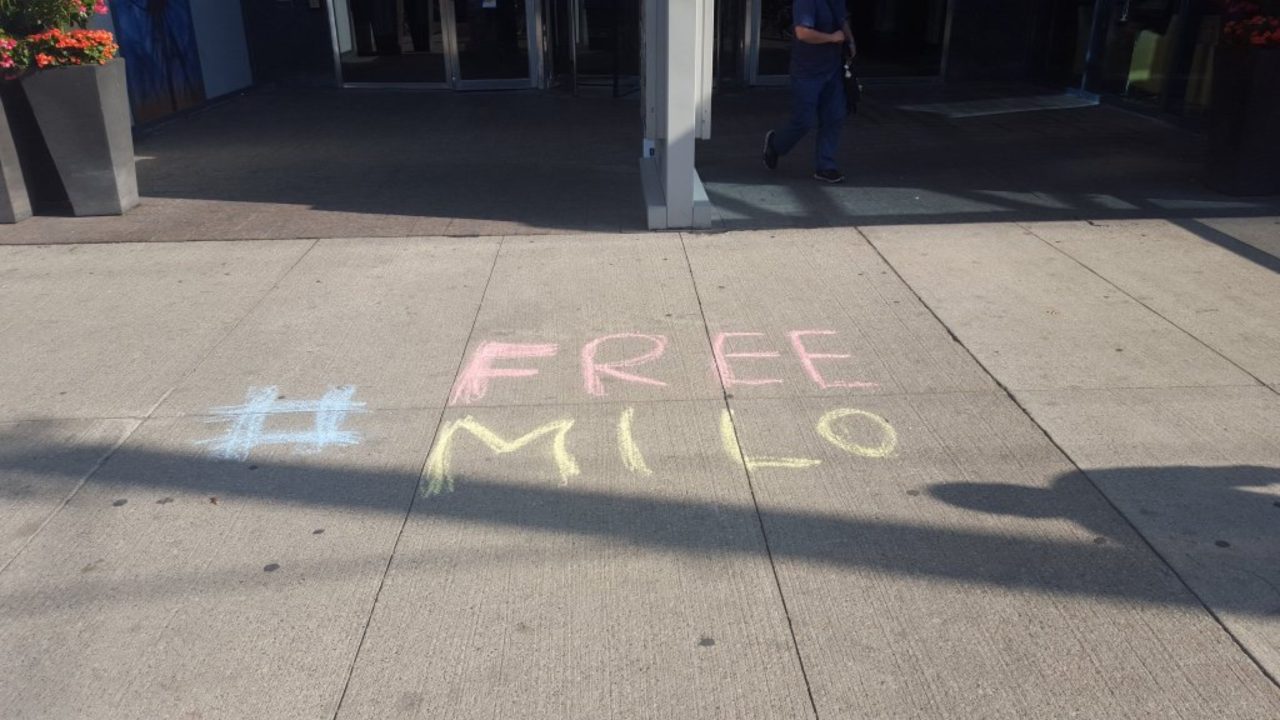 Jan Radde, who did the chalking said, “Milo is a huge inspiration for me, growing up a straight white male I was supposed to feel guilt for things that had nothing to do with me. As a German, I can only silently watch as things get worse and worse in the West while anyone who speaks out gets shut down (and not only by politicians but by their own people.”)

“When silenced everywhere, in my real life and on social media, I took my voice to twitter. The left constantly tries to eliminate things it doesn’t agree with and taking down the twitter voice of Milo, as well as many other conservatives, makes it even more apparent that my ideas and thoughts aren’t welcome in the West…much like in the East.”

“While chalking isn’t a challenging thing to do it was a big step for me as expressing myself outside of social media has never gone well. I paced in front of the office for 15 minutes building up the courage while dozens of people walked past me on the street. I grabbed the chalk from my bag and started writing, and it felt amazing. The #FreeMilo chalking provided me with an opportunity to build my confidence and I encourage others like me to do the same.”