Democrats on Tuesday praised President Biden’s reconciliation concessions after members of Congress met with the administration to hammer out compromises. 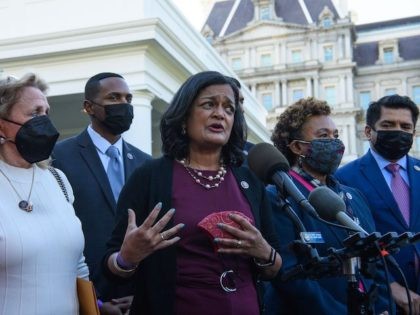 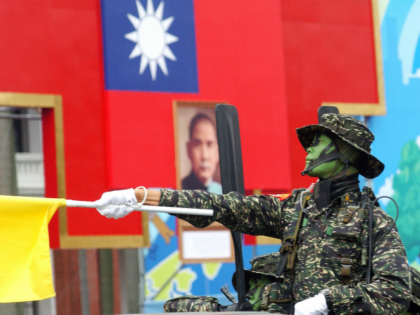 Dem Rep. Bera Pushes Back on Blinken on SIVs: We Contacted Biden Admin. on Backlog in January and They Didn’t Work on It Until July

On Monday’s broadcast of MSNBC’s “MTP Daily,” Rep. Ami Bera (D-CA) reacted to Secretary of State Tony Blinken’s opening statement before the House stating that the Biden administration inherited a flawed SIV situation by stating that members of Congress reached 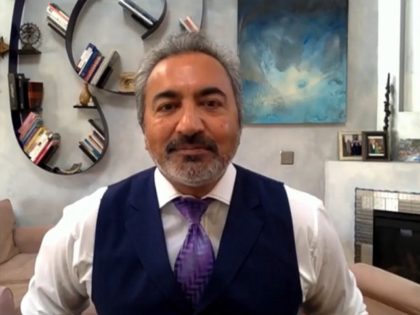 There are at least 24 students from the Sacramento area San Juan Unified School District, who are now stranded in Afghanistan by President Joe Biden, following the final withdrawal of U.S. troops Monday, according to a report. 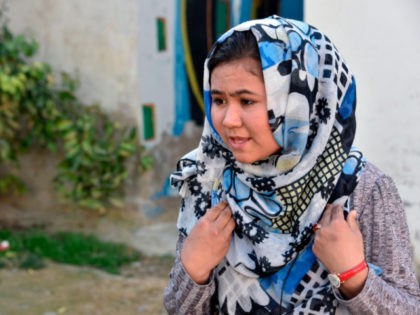 The Republican campaign arm, the National Republican Congressional Committee (NRCC), expanded their list of offensive seats by ten seats, adding more vulnerable Democrats they hope to pick off in the midterm election. 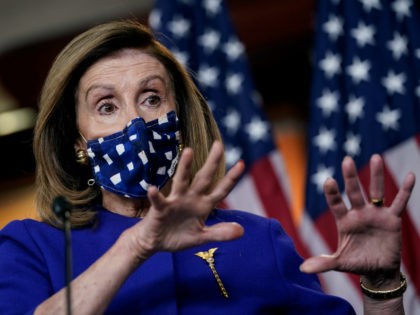 Dem Rep. Bera on Trump: ‘There Is Plenty of Evidence That He’s Committed Impeachable Offenses’ 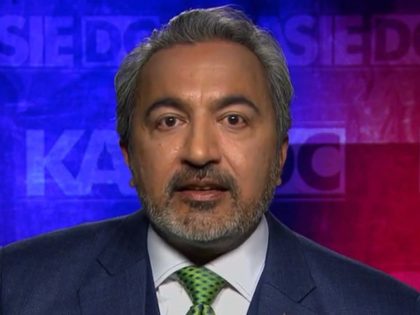 Several freshman Democrat members of the new House of Representatives majority have turned on Speaker Nancy Pelosi in her steadfast refusal to fund President Donald Trump’s planned wall along the U.S. border with Mexico and are instead seeking for Democrats to cut a deal on the wall with Trump. 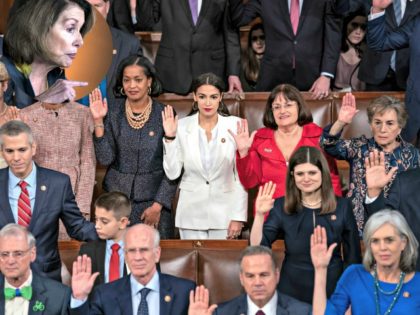 The National Republican Congressional Committee (NRCC) has named four Democratic California congressmen it plans to target and defeat in next year’s midterm elections. 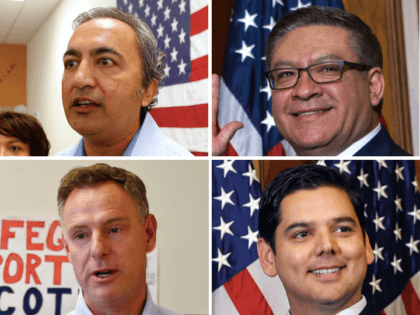 Rep. Ami Bera (D-Elk Grove) was able to defend his seat against Republican challenger and Sacramento County Sheriff Scott Jones, who “dumped” President-elect Donald Trump, knowing full well that his decision could cost him the election. 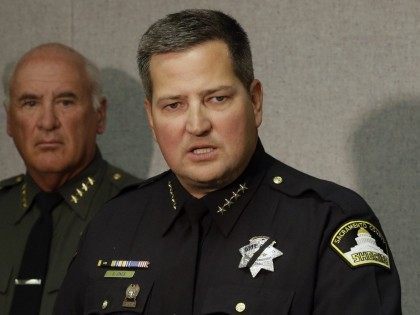 Ro Khanna defeated eight-term incumbent fellow Democrat, Rep. Mike Honda, on Tuesday by 20 percent in a race for Silicon Valley’s 17th congressional district, which has been deemed one of California’s most expensive. 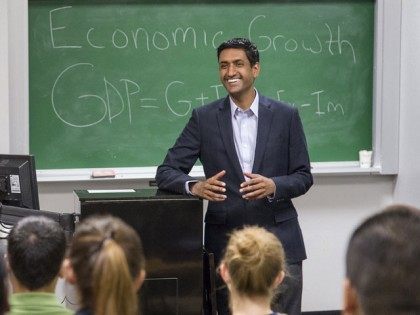 Scott Jones Dumps Trump: This ‘May Cost Me the Election’

Sacramento County Sheriff Scott Jones, a Republican who is challenging Rep. Ami Bera (D-CA), renounced his support for Donald Trump on Saturday, and said that his defection from the GOP nominee “may cost me the election.” 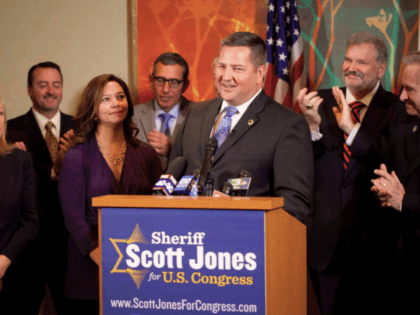 Democratic Rep. Ami Bera’s father, Babulal “Bob” Bera, 83, was sentenced to one year and one day in prison on Thursday for making illegal campaign contributions to his son’s 2010 and 2012 campaigns in California’s 7th district.

Scott Jones Backs Away, No Longer Sure He Supports Trump

Sacramento County Sheriff Scott Jones buckled under pressure from Democrats as he backpedaled on support for Republican presidential nominee Donald Trump during an interview with local Sacramento KFBK radio.

Rep. Ami Bera (D-CA) has lost the backing of the California Labor Federation over his decision to back the TPP trade deal.

The Trans-Pacific Partnership (TPP) free trade pact could impact whether Rep. Ami Bera (D-CA) wins his re-election bid. Members of his own party are abandoning him over his decision to side with Republicans, over the objections of organized labor, to give President Barack Obama fast-track authority to negotiate the deal.

Rep. Ami Bera (D-CA) failed to receive the endorsement of his Democratic Party for reelection in the 7th congressional district this weekend after angering liberal activists over his voting record.

Democratic Congressman Ami Bera, who represents California’s tightly-contested 7th district in eastern Sacramento County, has been accused of plagiarizing in an op-ed he wrote for the Sacramento Bee on Sunday, according to the Bee. In the column, Bera supported a Trade Promotion Authority bill giving Barack Obama “fast-track” authority to negotiate a trade deal.

Democratic Rep. Ami Bera (CA-7) is ratcheting up his attacks on Republican challenger Doug Ose in a new ad, accusing Ose of being against women having access to birth control as well as opposing abortion rights. The text of the

With less than one week until the midterm elections, Former President Bill Clinton will be in Sacramento County on Wednesday, rallying support behind Democrat Rep. Ami Bera who is seeking reelection in California’s 7th district. Clinton will be appearing with

Democratic Congressman Ami Bera, who is Indian, is losing support for his 2014 reelection because many Sikhs are angry at his refusal to acknowledge the Indian government’s culpability in the massacre of 3,000 Sikhs in India in 1984, according to

The National Republican Congressional Committee (NRCC) has reserved nearly $30 million worth of fall TV airtime in 26 competitive congressional districts nationwide, including four in California.  The four California districts include three in which the NRCC will look to help

Rep. Ami Bera, in the wake of an impressive primary win in the 7th District earlier in the month but considered to be vulnerable in November, broke with his party and voted against federal funding for Governor Jerry Brown’s besieged high-speed

Liberal incumbent Ami Bera will be facing Doug Ose, also known for his liberal views, for US Representative in the Sacramento County’s 7th Congressional District. According to the Sacramento Bee, with 67% of the precincts tabulated, Bera cruised to an

The race for California’s 7th District Congressional seat is heating up. Democratic incumbent Rep. Ami Bera has released a new campaign ad claiming that he supported a bill that would withhold politicians’ salaries unless Congress passed a budget. However, in two

Dem Rep Bera: 'We Have to Be Flexible' on Insurance Co Bailout

Earlier this week, Democrat Rep. Ami Bera was asked on a local Sacramento news channel whether he supported bailing out insurance companies who lost money as a result of the failures of the ObamaCare exchanges. After some qualifying, and not