Leftists, Media Gloat over FBI Raid of Donald Trump’s Mar-a-Lago: ‘No One Is Pardoning Him’

Democrats and the media on Monday gloated on Twitter over the FBI’s reported raid of former President Donald Trump’s Mar-a-Lago estate. 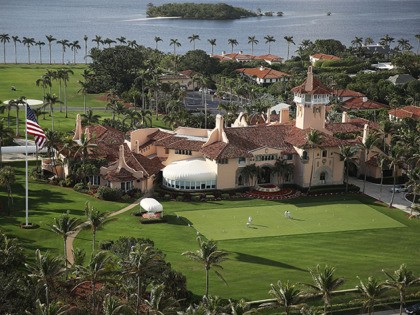 Wray: There’s Been ‘Uptick in Attacks, Threats’ Against Those ‘More on the Pro-Life Side Than We Had Before’

During portions of an interview with the Fox News Channel on Friday, FBI Director Christopher Wray acknowledged that there have been increases in attacks and threats “against establishments that are more on the pro-life side” than there have been before 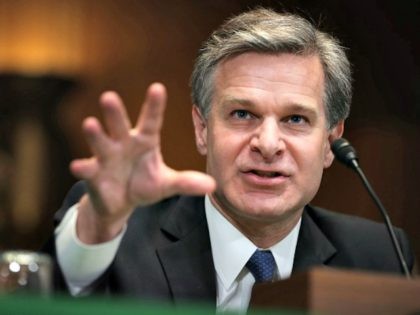 During a portion of an interview with Fox News Correspondent David Spunt aired on Friday’s edition of the Fox News Channel’s “America Reports,” FBI Director Christopher Wray defended the ending of the Department of Justice’s China Initiative by stating that the facts and law will be followed and “We are not going to engage in profiling by ethnicity or national origin, and we haven’t.” 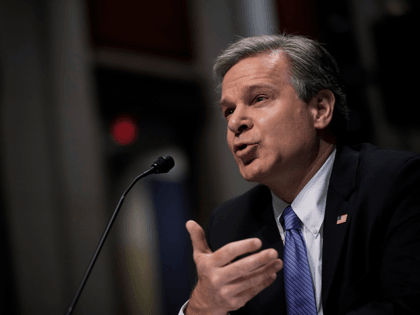 During a portion of an interview with the Fox News Channel aired on Thursday’s “Special Report,” FBI Director Christopher Wray stated that defunding the police and giving them fewer resources and staff isn’t the right solution and that doing so 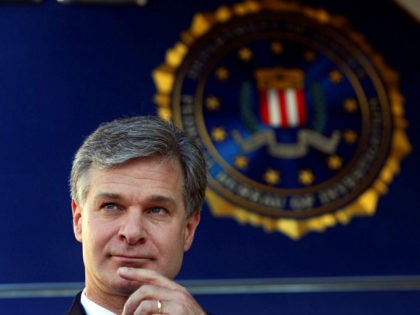 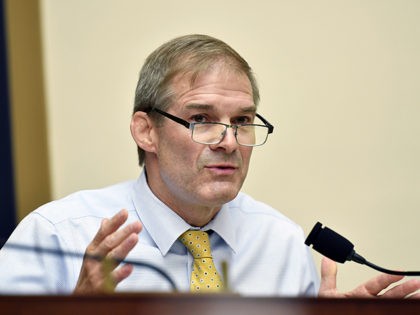 Psaki: Haven’t Spoken with Biden on Whether He Has Confidence in FBI Dir. Wray

During a press conference on Wednesday, White House Press Secretary Jen Psaki responded to a question on whether or not President Biden has confidence in FBI Director Christopher Wray by saying she hasn’t spoken with Biden about Wray recently. NBC 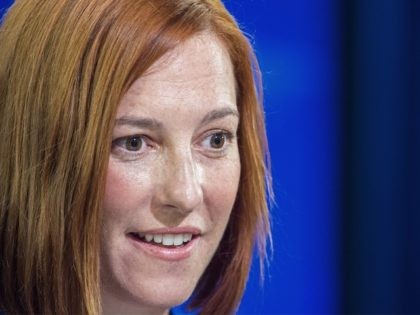 Joe Biden: ‘Antifa Is an Idea, Not an Organization’

“Antifa is an idea, not an organization,” said former Joe Biden to Donald Trump during Tuesday night’s presidential debate. 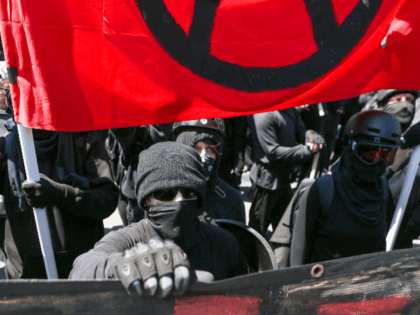 On Friday’s broadcast of the Fox Business Network’s “Lou Dobbs Tonight,” Rep. Jim Banks (R-IN) applauded Secretary of State Mike Pompeo for his leadership on “this new cold war” with the threat of China and stated that Pompeo is “the 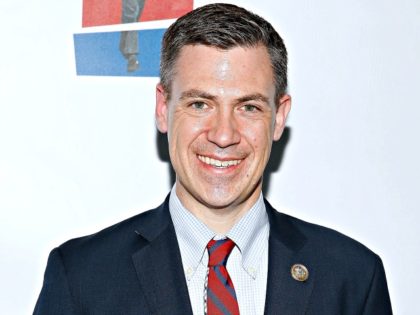 During a speech on Tuesday, FBI Director Christopher Wray warned that China’s counterintelligence and economic espionage is the “greatest long-term threat to our nation’s information and intellectual property, and to our economic vitality,” and China is engaging “in a whole-of-state

Wray: I Have Disciplined and Terminated People Involved in FISA Abuse

FBI Director Christopher Wray stated that current FBI employees involved in FISA abuse have been referred for discipline by him and that the most senior people involved in the abuse “are long gone.” 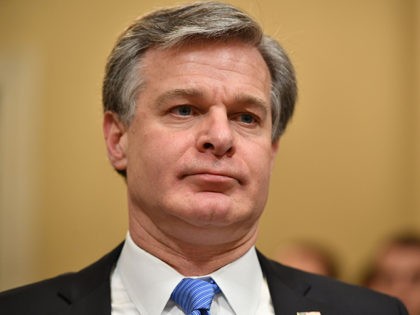 During an interview aired on Wednesday’s broadcast of the Fox News Channel’s “Special Report,” FBI Director Christopher Wray commented on the recent destruction and vandalism of monuments around the United States by stating that violence and property destruction will not

Wray: China Is Broadest, Most Comprehensive Threat ‘to Our Democratic Ideas’ of Any Nation

During an interview aired on Wednesday’s broadcast of the Fox News Channel’s “Special Report,” FBI Director Christopher Wray stated that China represents the broadest and most comprehensive “threat to America’s innovation, to our economic security, and to our democratic ideas” of any nation on earth, said there are thousands of active investigations that can be traced back to China’s government, and stated that the Chinese Communist Party has an interest in shifting American policy and thought “in a more friendly, pro-China, pro-Chinese Communist Party direction.” 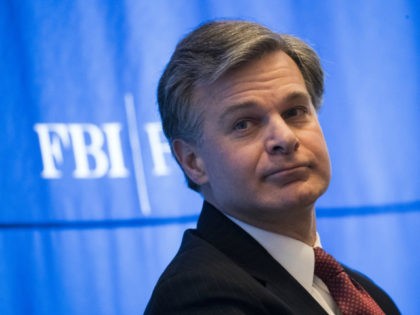 After riots over the death of George Floyd in police custody prompted renewed attention to the violent far-left group Antifa, editors on Wikipedia sought to keep out or minimize any mention of Antifa’s involvement in rioting as part of the group’s page on the site. Material about past Antifa violence was also removed and an effort has been made to soften or remove the description of Antifa as a far-left militant group.

GOP Sen. Johnson: Rice Email Shouldn’t Have Been Classified, Wray Should Have Made it Available Sooner

On Tuesday’s broadcast of the Fox News Channel’s “The Story,” Senate Homeland Security Committee Chairman Ron Johnson (R-WI) reacted to the recently declassified email from former National Security Adviser Susan Rice by stating that the email shouldn’t have been classified 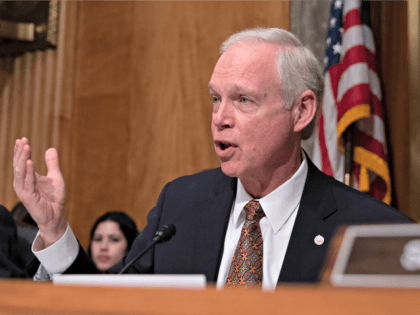 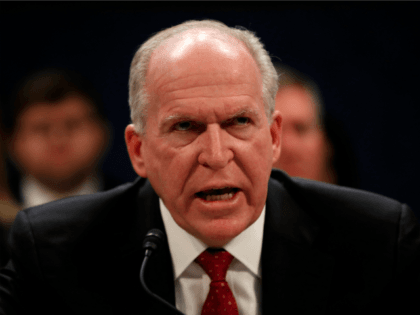 “The president is a crime victim,” said Tom Fitton, president of Judicial Watch, in an interview on Monday’s edition of SiriusXM’s Breitbart News Daily with host Alex Marlow. 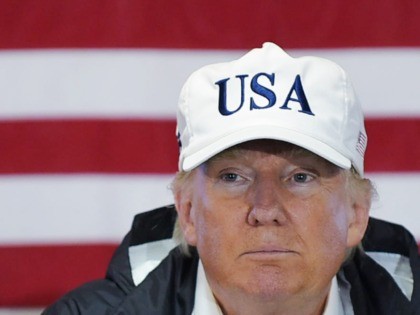 Tom Fitton: ‘Coup Cabal’ Was ‘an International Effort to Take out Trump’

Tom Fitton described the Trump-Russia narrative and Mueller-led operation as parts of an “international effort to take out” Donald Trump. 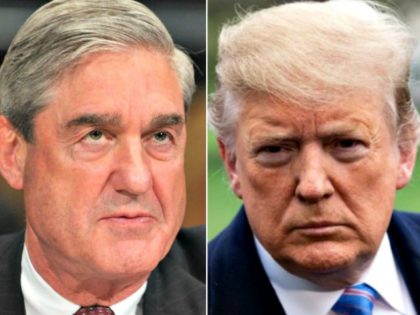 Hans von Spakovsky, senior legal fellow at the Heritage Foundation, asked why the FBI is not investigating the financial relationship between Hunter Biden, Joe Biden’s second son, and the government of China. 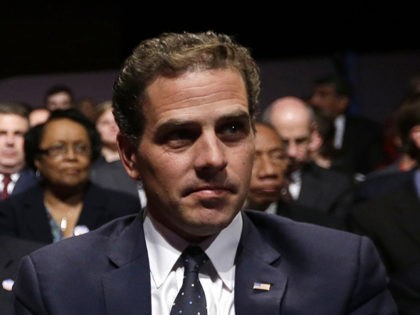 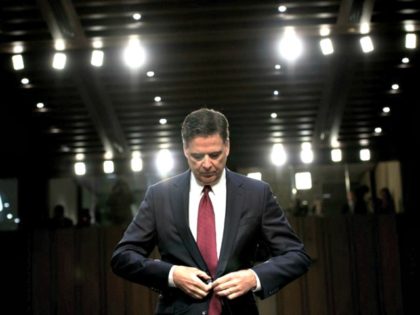 Roger Stone said CNN coordinated with the “Mueller investigation” in producing “great footage” in order to “taint the jury pool.” 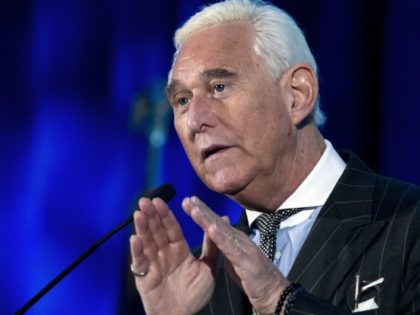 Hans von Spakovsky said Robert Mueller’s decision to arrest Roger Stone in a “pre-dawn raid” was a signal of intimidation to others. 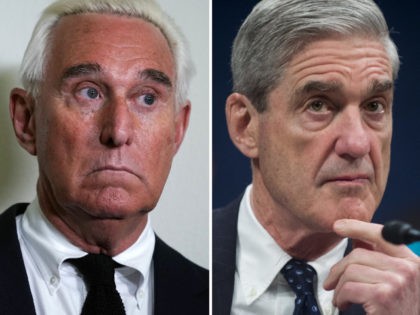 Hans von Spakovsky: ‘Mueller Came Out So Quickly to Deny BuzzFeed Story’ Because He Knows Leaking Is a Federal Crime

Hans von Spakovsky speculated that Robert Mueller’s denial of a BuzzFeed report was motivated by the knowledge that such leaks are crimes. 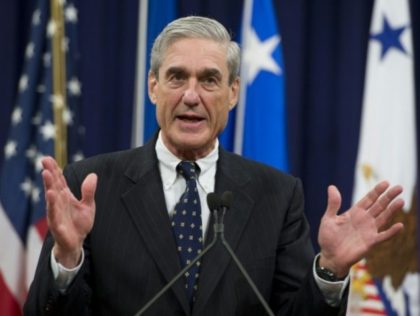