China’s debt colonization of Africa is well underway, as one African nation after another takes out gigantic loans from Chinese banks to build infrastructure projects that appear financially unsustainable. Kenya is one of the most heavily indebted countries, but President Uhuru Kenyatta is on his way to Beijing for a summit at which he will reaffirm his commitment to the Belt and Road initiative. 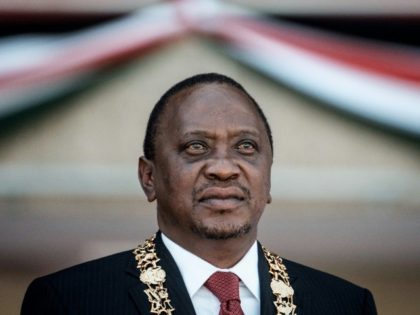 Kenyan President Uhuru Kenyatta on Sunday urged the country’s young people to make citizens arrests on those they suspect of corruption, including members of their own families.

Three Kenyan television stations remain off the air for defying government warnings not to cover the mock inauguration of opposition leader Raila Odinga last Tuesday, in defiance of a court order issued on Thursday. 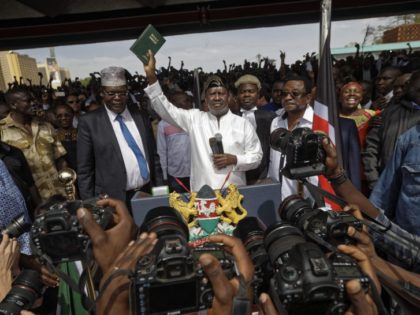 The contentious Kenyan presidential election appears to have returned President Uhuru Kenyatta to office with a ten- or eleven-point win over his main rival, Raila Odinga. However, Odinga claimed Wednesday that the official results are “fictitious” and a fair count of the votes would show him as the winner. 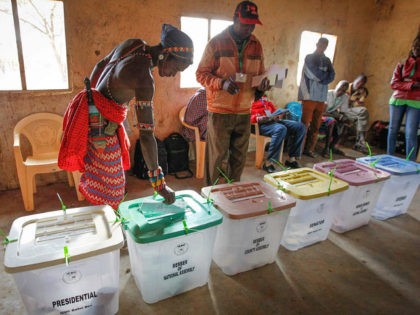 Prime Minister Benjamin Netanyahu apologized to Nairobi residents for causing major traffic gridlocks during his visit to Kenya this week. 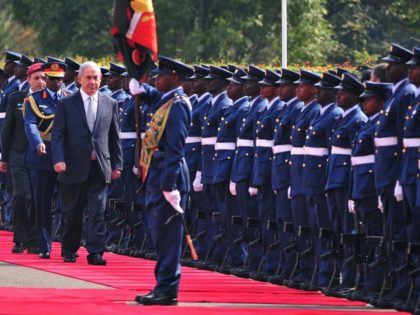 JERUSALEM (AP) — Palestinians are criticizing the Kenyan president’s visit to the region, saying his stops in east Jerusalem and the West Bank are akin to accepting Israel’s occupation. During his first official visit to Israel this week, Kenyan President 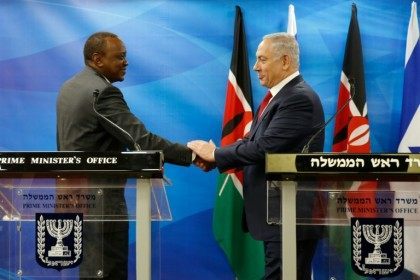 WATCH: Netanyahu – Israel is Coming Back to Africa, and Africa is Returning to Israel

The Jerusalem Post reports: Israel is coming back to Africa, and Africa is returning to Israel, Prime Minister Benjamin Netanyahu said Tuesday in welcoming visiting Kenyan President Uhuru Kenyatta to his Jerusalem office. Kenyatta arrived in Israel on Monday for