Pat Buchanan: Trump Is ‘His Own Communications Director’ 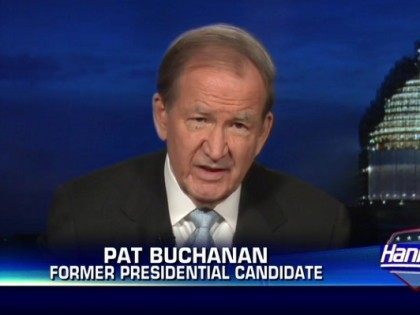 Friday on Laura Ingraham’s nationally syndicated radio show, conservative commentator Pat Buchanan offered his praise for President Donald Trump’s speech in Warsaw, Poland a day earlier. According to Buchanan, the speech emphasized American uniqueness and Western civilization, which is in 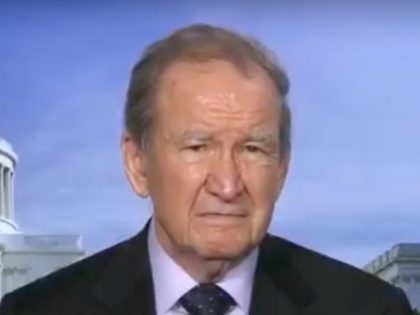 Pat Buchanan: Deep State Wants to ‘Bring Down’ Trump — Unlike Anything I’ve Seen Since Watergate

Sunday on New York AM 970 radio’s “The Cats Roundtable,” conservative political commentator Pat Buchanan said there was a “classic struggle” going on in Washington D.C. where the “deep state and its media allies seek to bring down Donald Trump.” 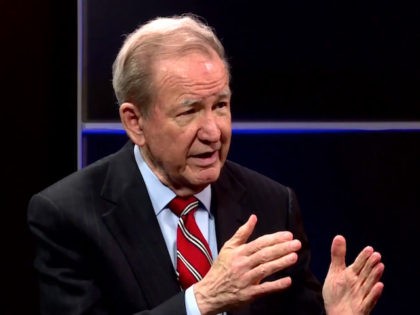 Pat Buchanan: We’re ‘On the Verge of an Uncivil Conflict in This Country’

Saturday on Fox News Channel’s “Watters’ World,” conservative political commentator Pat Buchanan said that the country is “on the verge” of what he described as an “uncivil conflict.” Buchanan told host Jesse Watters that there is a “clear objective” among political 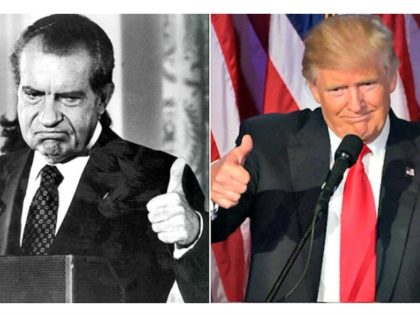 Buchanan: ‘I Don’t Believe’ Trump Has a Recording Device — But ‘He Ought to Have One’

Saturday on Fox News Channel’s “Bulls & Bears,” conservative commentator Pat Buchanan, who was also a White House aide during the Nixon administration, was skeptical of the possibility of President Donald Trump having a recording device. Many have argued he

Pat Buchanan on ‘Nixon’s White House Wars’ and Trump’s Critics: Democrats Seek to ‘Overthrow a President They Could Not Defeat in a Democratic Contest’ 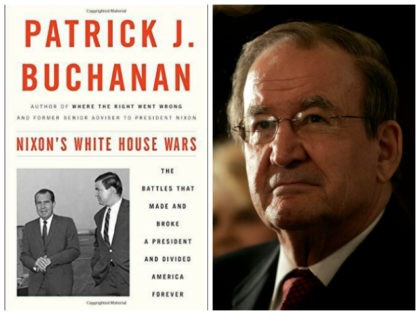 Buchanan: Bannon Is ‘Right’ — Media Is the Opposition Party Trying to ‘Bring Down Trump’

Wednesday on Newsmax TV’s “The Steve Malzberg Show,” conservative political commentator Pat Buchanan said White House chief strategist Steve Bannon was correct when he said the media was the opposition party. He added that just like they took down President Richard 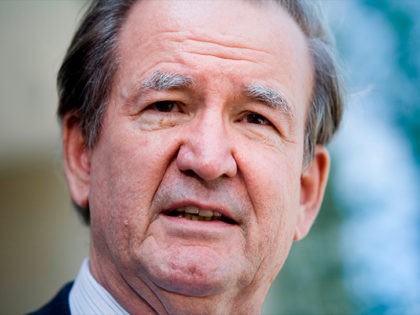 Buchanan: We Are ‘Getting Pretty Close to Military Action’ in North Korea

Friday on Newsmax TV’s “The Steve Malzberg Show,” while discussing North Korea’s development and testing of nuclear weapons and the U.S. response of deploying a Navy carrier group off the Korean peninsula, conservative commentator Pat Buchanan called it “getting pretty 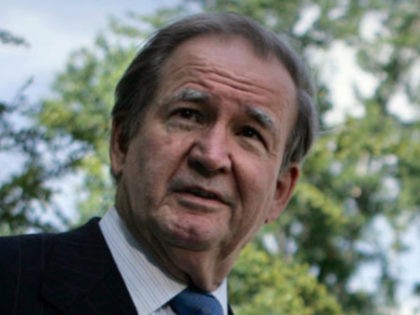 Thursday on WABC’s “The Rita Cosby Show,” conservative commentator Pat Buchanan said today’s “mother of all bombs” (MOAB)  attack on an ISIS tunnel complex in Afghanistan was also meant to send a “message” to North Korea. Buchanan said, “First, I 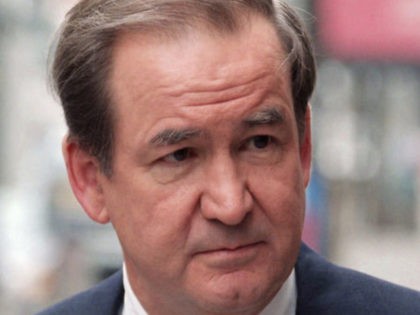 Buchanan on Syria: McCain, Graham, Rubio Are Not Going to Get ‘the War They Want’ 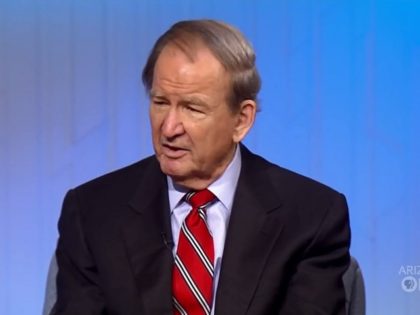 Buchanan on ‘Russiagate’: Only Known Crimes Committed Are Leaks to Media

Columnist Pat Buchanan asks why greater emphasis isn’t being placed on the leaking of classified intelligence to the media concerning the investigation of alleged connections between the Trump campaign and the Russians. If FBI director Comey is unwilling to investigate these illegal leaks, Buchanan suggests a special counsel should. 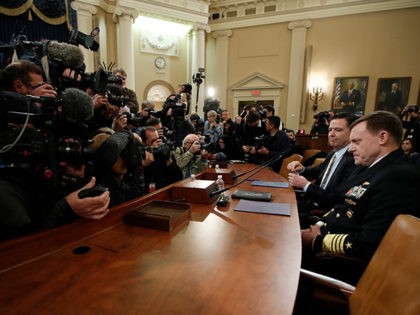 Monday on her nationally syndicated radio show, conservative commentator Pat Buchanan warned that President Donald Trump should not abandon his populist economic message that was a big part of his 2016 campaign. If he did so for the “globalists” or

Wednesday on Newsmax TV’s “The Steve Malzberg Show,” conservative political commentator and former staffer for Presidents Richard Nixon and Ronald Reagan Pat Buchanan said President Barack Obama was acting with “bitterness” when today at a meeting on Capitol Hill he 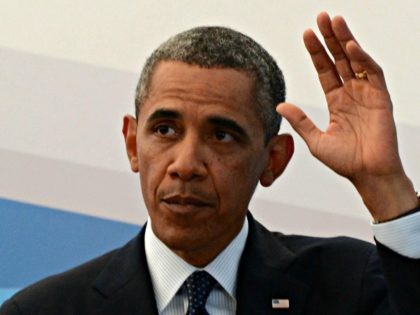 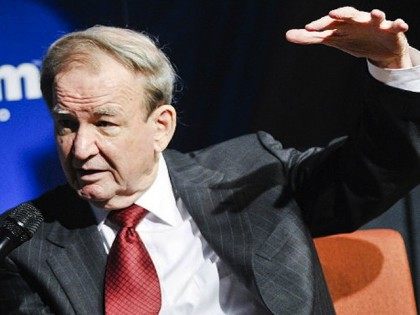 Pat Buchanan: The Country Will Not Be United If Hillary Wins

Conservative commentator Pat Buchanan discussed Sunday on New York AM 970 radio’s “The Cats Roundtable” what a Hillary Clinton presidency with a Republican Congress would look like. According to Buchanan, the country would be divided if Clinton gets elected president. He told 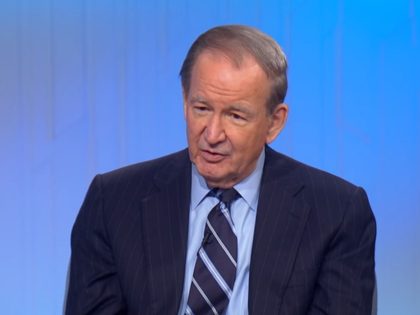 Buchanan: A ‘Never Trumper’ Will Never Be GOP Nominee, ‘Bush Republicanism Is Dead’

Tuesday on Sean Hannity’s nationally syndicated radio show, conservative commentator Pat Buchanan explained why he saw those Republicans not supporting GOP nominee Donald Trump for president would not achieve the party’s nomination in the future. Buchanan pointed out that the 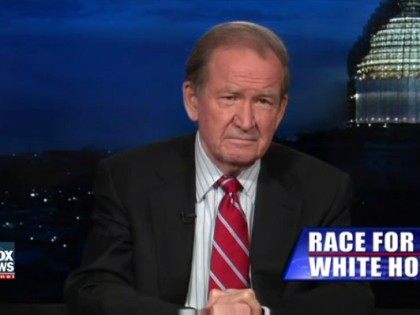 Pat Buchanan: Trump Is Right About ‘Trade Predators’ — ‘America’s Allies Are Cheating and Robbing Her Blind on Trade’

In his latest column, Pat Buchanan explains why Republican nominee Donald Trump is right to criticize the predatory trade practices of America’s allies and the shortsightedness of American leadership in enabling the massive trade deficits and outsourcing of production that have become “milestones of national decline.” 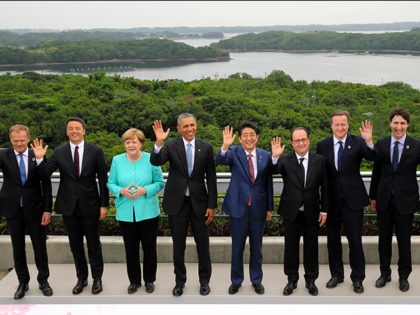 Clarence Page: Hillary’s Candidacy Would Be Almost Finished If It Wasn’t For Trump ‘Distracting’ From Her Controversies 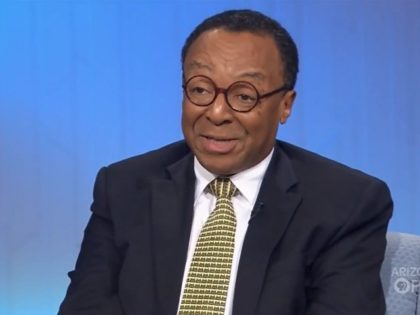 Pat Buchanan: Trump Can Still Win if Republicans Come Together to Defeat Hillary

Pat Buchanan writes in his latest column that Donald Trump’s path to victory is still open. 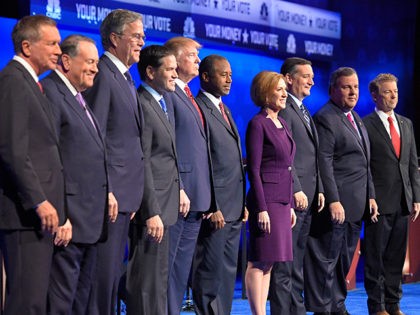 Conservative commentator and former GOP presidential candidate Pat Buchanan argued this weekend that GOP elites who represent the globalist wing of the party will not attend this year’s convention because Donald Trump’s insurrection against them on trade, immigration, and foreign policy has succeeded. 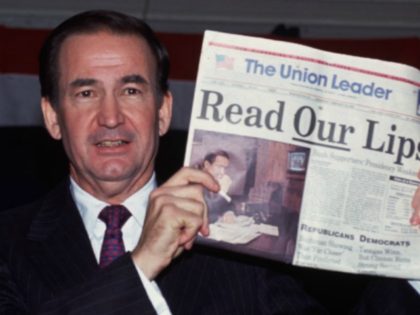 Buchanan: Trump Picking Gingrich or Christie as VP Against Clinton-Warren Would Say to Voters ‘Let’s Get It On’ 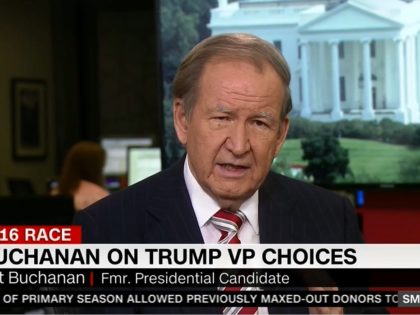 Buchanan: Russia Wants Hillary To Lose, Trump Would ‘Be More Reasonable’ In Negotiating Over Baltic and Black Seas

On Friday’s “McLaughlin Group,” columnist Pat Buchanan argued that Russia wants to see Democratic presidential nominee Hillary Clinton defeated “because Trump would be more reasonable in negotiating the Baltic and the Black Sea problems.” Buchanan said, “I think the Russians 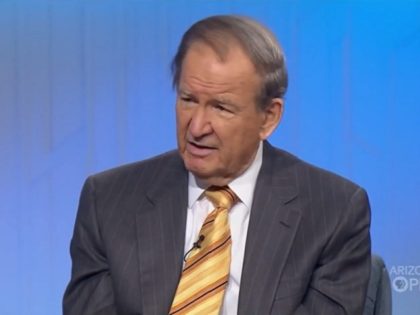 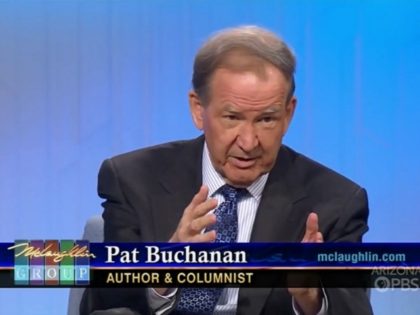 Buchanan: ‘ISIS Is On the Run’ 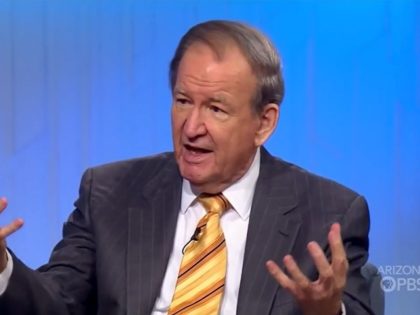 Pat Buchanan: Trump ‘Has A Perfect Reason’ to Believe Trump University Judge Does Not Like Him

Thursday on “The Mike Gallagher Show,” while discussing on the controversy over Republican presidential candidate Donald Trump’s comments about the the Trump University case and U.S. District Court Judge Gonzalo Curiel’s Mexican heritage, former Nixon and Reagan aide and conservative 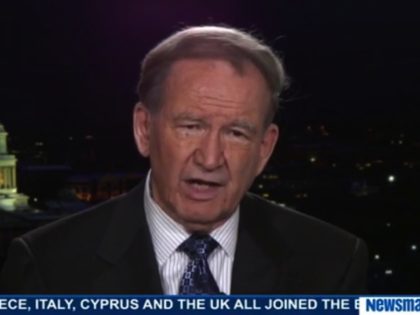 When Pat Buchanan first proposed building a fence on the Mexican border, the Republican establishment was shocked, shocked! The candidate’s sister and campaign manager, Bay Buchanan, pushed for language in the 1992 GOP platform calling for “structures” on the border. Surely you don’t mean a fence, she was told. “We’re not talking about lighthouses,” she replied. 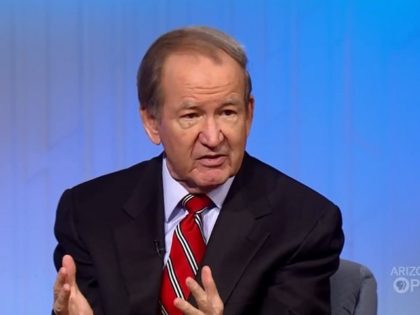 Republican candidate Donald Trump is firing back after neoconservative operative Bill Kristol announced that he expects an independent candidate to enter the race to split the Republican vote. 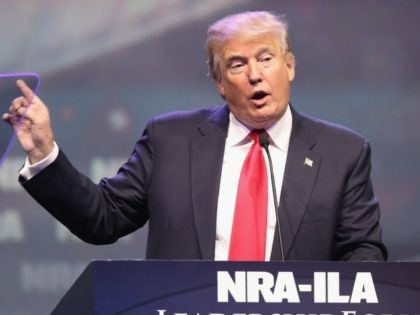