Shortly after the markets opened on Wednesday, the Dow Jones Industrial Average (DJIA) topped the 20,000 market for the first time ever and would finish the day in positive territory at 20,068.51.

Normally this would be considered a major news story and would be cause for a sizable amount of press coverage on the three major cable news channels — Fox News, MSNBC and CNN.

That news, however, did not get much attention on CNN. According to a search on TVEyes, which is a media monitoring service that describes itself as a “search engine for broadcast,” for the term “Dow,” the milestone was only given two segments as of 7 p.m. ET. At approximately 9:30 a.m. ET and 10:30 a.m. ET, CNN Money’s Paul La Monica reported from the floor of the New York Stock Exchange. 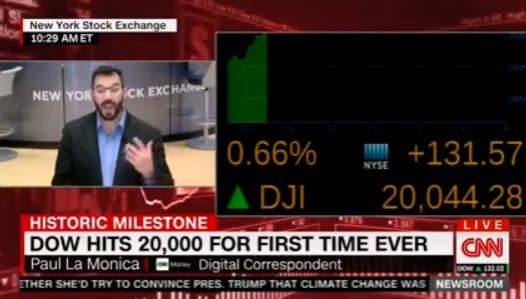 A similar search for the term “Dow” using the similar parameters on left-leaning MSNBC yielded eight separate mentions during segments throughout the broadcast day, including a live spot from CNBC’s Morgan Brennan as the DJIA crossed into the 20,000 territory for the first time. 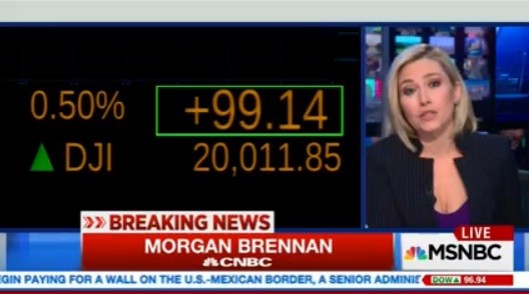 Leading the way of the three was the Fox News Channel with much more substantial coverage of the story coming in at mentions in 14 different segments, six of which occurred within an hour of the milestone. 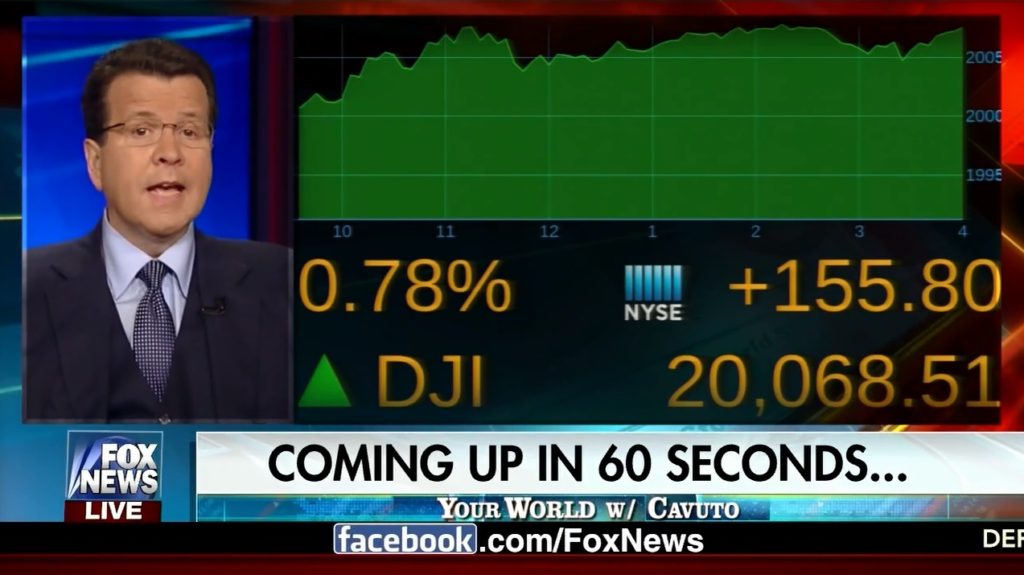 The DJIA and a number of other indexes closed at all-time highs on Wednesday, and that has been attributed to President Donald Trump and the string of executive orders he has signed since his inauguration last Friday.

CNN, however, has not been seen as giving Trump favorable coverage and mentions of the gains in the stock markets could be perceived as being pro-Trump.

Throughout the campaign and since his election win last November, CNN has taken a critical tack regarding Trump, which was highlighted by a heated back-and-forth between the network’s Jim Acosta and Trump at a press conference at Trump Tower earlier this month.

The DJIA has gained 9.5 percent since Trump was elected.