Watch the evolution of The Resurgent’s McMullin coverage in 10 headlines from the site too conservative to support Donald Trump in his ultimately successful fight against Hillary Clinton: 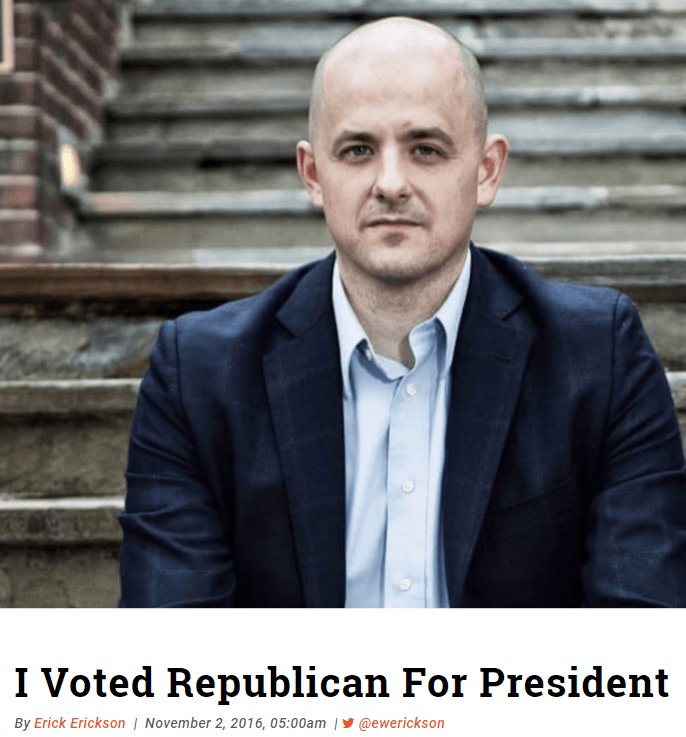 The latest article, by blogger Chris Queen, attacks McMullin — who the author voted for — after he took yet another shot at President Trump based on a conspiracy theory that the Commander-in-Chief is subservient to Russian President Vladimir Putin.

I voted for Evan McMullin in 2016. I couldn’t bring myself to vote for Donald Trump, especially when I was confident that Hillary Clinton wouldn’t take Georgia. I desperately wanted to vote for Austin Petersen as a Libertarian, but that party went with Gary Johnson instead. So I felt like my only choice was Evan McMullin was the only candidate I could stand behind, and I wrote him in.

Since the election, McMullin’s message has become somewhat of a more nuanced version of the eight-year-old’s argument: “Donald Trump’s a jerk.” Unlike so many conservatives who are at least willing to give Trump the benefit of the doubt and call balls and strikes when necessary, McMullin is operating from a hardline Never Trump stance.

Late Tuesday night, McMullin quote-tweeted a tweet from the president, adding a comment that should make conservatives recoil in horror.