Here’s the dirty little secret about Afghanistan… The people of Afghanistan, you know, the people we are trying to liberate…? Well, nowhere near enough of them want to be liberated. I’m sure some of them do, but not enough. Like Russia and Iraq, decades of authoritarianism have broken that country beyond repair.

Honest to God, we tried.

According to one group still counting, since that war began in 2001, there have been 2448 American fatalities in our campaign to fail-to-liberate Afghanistan. This year, seven American have already died.

What more can we do?

Why are 12,000 Americans still in a no-win, 19-year-old campaign where seven have already been picked off this year?

I’ll never take off the hair shirt of backing these wars, and doing so as stridently as I did, and being so goddamned wrong… And yes, under the delusion there’s a small “d” democrat buried in everyone’s soul, I backed the nation building. In the long run, I believed that if we could protect the people of Iraq and Afghanistan and teach them to fight, that just like Americans in 1776 and the South Vietnamese two hundred years later, they would be willing to fight and die for freedom.

Well, they’re not willing. Their human spirit is broken and no amount of money or dead Americans can fix the human spirit.

They never give up.

They don’t care about casualties.

All we can do is bomb the shit out of them, which is what we’ll need to do if Afghanistan goes back to their old ways of harboring international terrorists. 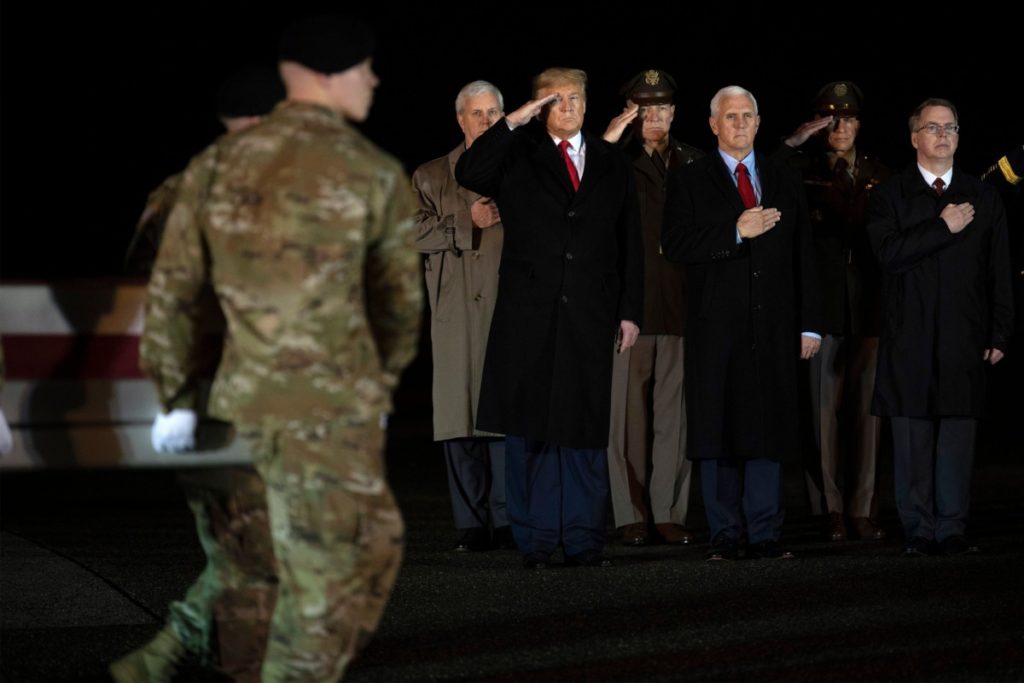 You know who had this exactly right? George H.W. Bush, the first President Bush, the guy who pushed Saddam out of Kuwait but was smart enough not to chase Saddam into Baghdad.

Bush Sr. caught a lot of flak for letting Saddam go, but how wise was that in hindsight?

And I don’t blame Bush Jr. for trying. The idea of building democracies in the Middle East was a noble one. Imagine if it had succeeded.

What I can’t get over are the Neocon dead-enders who continue to argue we need to stay. Never Trumper Stephen Hayes, who couldn’t even rebuild the Weekly Standard, is mad.

David French got a head start being mad five months ago.

Naturally, John Bolton is mad, as is Rep. Liz Cheney (R-WY)… the usual suspects. But no one offers an alternative, I mean other than what hasn’t worked over the last 19 years.

I was 35 years-old when the war in Afghanistan began. Today, I’m 54 — and hopefully a little wiser.

Well, sorry, crybabies, but the hapless and impotent Obama did nothing as ISIS formed its deadly caliphate in that vacuum, which validated everyone’s lack of faith in him and his decision. I just don’t see Trump allowing an international threat to fester anywhere, including Afghanistan.

As the old Vulcan proverb says, “Only Nixon can go to China.”

But after 19 years, some $2 trillion, and nearly 2500 American fatalities, the only real questions are…

How much more money are we going to pour into a country that cannot be fixed?

How do you liberate people who don’t want to be liberated?

How many years have to pass and how many American have to die before the Neocons admit they were wrong?