CLEVELAND, Ohio — Police have seized gas masks and a slingshot in this city’s downtown area as tensions continue to rise during the Republican National Convention. 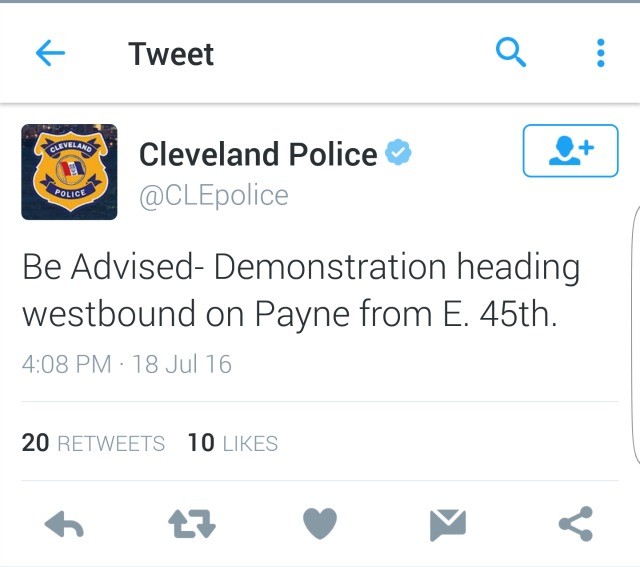 On Monday afternoon, authorities were out en force in an effort to keep the multiple protests in the city from turning violent. Authorities appear to have seized gas masks and a slingshot from protesters in the area of 4th and Euclid, scanner chatter revealed. 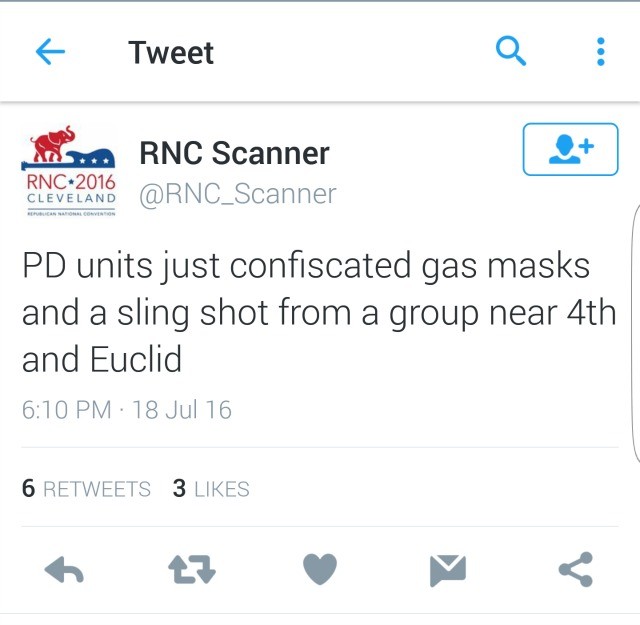 The information was also published on social media by @RNC_Scanner, a twitter account that has been providing information about the events taking place during the convention. 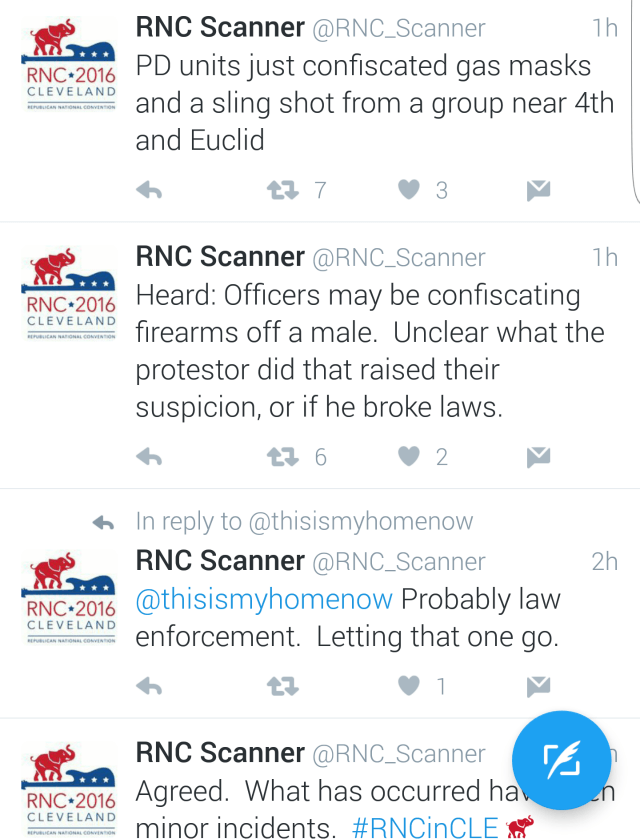 Gas masks point to protesters preparing for an escalation that would force authorities to resort to using crowd control measures such as tear gas canisters.

During the various protests, Cleveland Police has deployed dozens of officers on horse patrol and bike patrol to keep the interactions between  protesters and counter protesters from escalating.

As of Monday evening, the protests have not turned violent.