The sheriff-elect in one of Texas’ poorest counties reports that over 550 illegal immigrants have been found dead over the past 10 years.

The sheriff must now determine how to deal with the resulting humanitarian crisis caused by open border policies.

Brooks County Sheriff-Elect Benny Martinez told Breitbart Texas his county has been overwhelmed by the numbers of illegal immigrants flooding in from the Rio Grande Valley.

“The coyotes who attempt to smuggle these people around the Falfurrias Border Patrol Checkpoint are ruthless,” Martinez said. “If anyone becomes injured, dehydrated, or exhausted, and can’t keep up, they simply abandon them and leave them to die.” 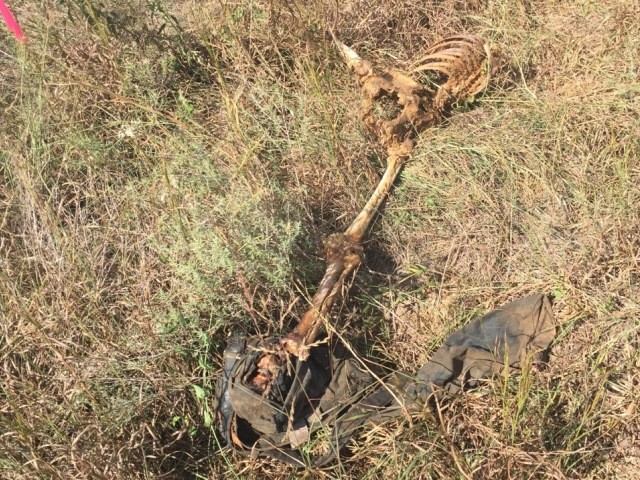 After the coyotes and buzzards are finished, scattered remains are frequently all that is left behind. (Photo: Brooks County Sheriff’s Office)

The result of these forced-march migrations through the dangerous ranch fields in Brooks County has led to the deaths of hundreds.

“We have recovered the bodies or skeletal remains of 552 people over the past ten years,” Martinez reported. “This is a very dangerous trek these immigrants take as they attempt to circumvent the Border Patrol’s inland checkpoint.”

The Falfurrias Checkpoint is located on Highway 281, the main north-south corridor from the Rio Grande Valley to Texas’ major human smuggling hubs of Houston, San Antonio, and Dallas.

“The only way to get their human cargo through is to attempt to pack them in the trunks of cars or in the back of trailers going through the checkpoint, or march them through the fields of the ranches in the county.”

So far this year, the remains of 55 immigrants have been recovered in Brooks County, Martinez reported this week. With one month to go, this is seven more deaths discovered than the 48 sets of remains recovered in all of 2015.

The numbers of recovered bodies in Brooks County peaked in 2012 at 129, Martinez explained. For the next three years, the numbers decreased. “This year, despite the increased law enforcement presence by local, state and federal agencies, the number of deaths has increased,” he said. “But, things could have been much worse.” 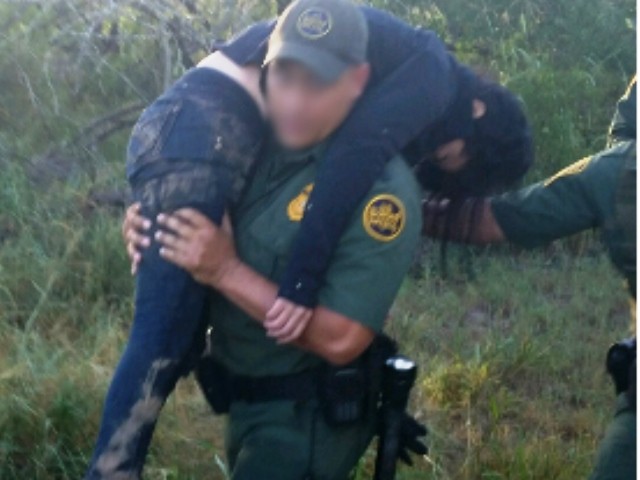 One week ago, Breitbart Texas reported on the rescue of an immigrant female who had been left behind to die in one of the ranches in Brooks County. Specially trained Border Patrol agents assigned to the Falfurrias Station discovered the unconscious woman lying on the ground during a search. The woman “had been left to die by human smugglers on Thursday,” according to a statement obtained by Breitbart Texas from Supervisory Border Patrol Agent Marlene Castro.

“We are grateful to the help we receive from the Border Patrol agents and Texas Department of Public Safety,” Sheriff-Elect Martinez said at the time. “The efforts by these agents have saved the lives of many who would have otherwise died a painful death.”

“The numbers of immigrants and deaths has been overwhelming,” Martinez told Breitbart Texas on November 1. “But thanks to help from the state, the county is meeting the challenge of identifying and burying the bodies, for now.”

Earlier this year, Border Patrol officials reported an 88 percent increase in the number of rescues of distressed immigrants in the RGV sector.

Despite all of this effort, 55 more people have been found dead in Brooks County this year–so far.