Cartel members tortured and beheaded nine men whose bodies were later dumped on the side of the road in the Mexican state of Guerrero. Separately, two off-duty Mexican marines were shot and killed with eight others in the resort town of Acapulco.

According to information released by the Guerrero State Prosecutor’s Office (Fiscalia del Estado) the bodies of the nine men were discovered on Sunday afternoon along a road leading to the town of Tixtla, about 100 kilometers north of the famous beach resort area of Acapulco.

The nine bodies exhibited obvious signs of torture with the severed remains placed partially inside burlap bags. The bodies also had a cartel banner nearby, though the message was not made public. According to state officials, the violence in the area is tied to rival drug trafficking gangs who have been fighting for control of lucrative drug distribution routes. 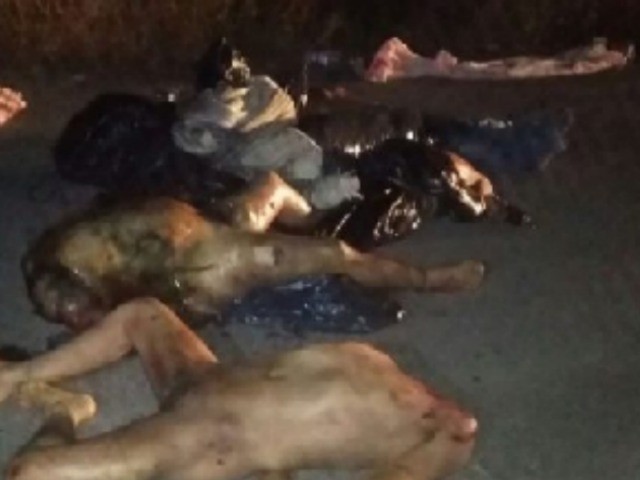 Also over the weekend, two Mexican marines who were among 10 victims gunned down in or near Acapulco, a once calm beach resort area that has become a battleground for cartel factions. The two marines had been assigned to the local military station and were both 27 years old.

As Breitbart Texas has previously reported, Guerrero is the same Mexican state where 43 education students form the rural community of Ayotzinapa were kidnapped by police officers and then turned over to cartel members, who apparently murdered and incinerated them in an open air pit near the municipal dumpster in Cocula. The official explanation of events that has been pushed by the Mexican government has been dis-proven by various experts, leading to multiple accusations of a cover-up.  The case has drawn international attention as the parents and relatives of the missing 43 students continue to travel throughout Mexico and the U.S., pressuring the Mexican government for answers.