SAN FERNANDO, Tamaulipas — The lack of security conditions along highways where drug cartels operate in this border state presents an image of impunity as two beer delivery men were robbed at gunpoint, kidnapped and executed while they were making their regular deliveries.

Days after their kidnapping, authorities found the remains of the two men in an area near the state limits between Tamaulipas and Nuevo Leon. Last week, a large group of friends and loved ones gathered for the funeral procession that accompanied the late Jose Alberto Torres Gomez and Rommel Guadalupe Cano Hernandez to their final resting places in this city. 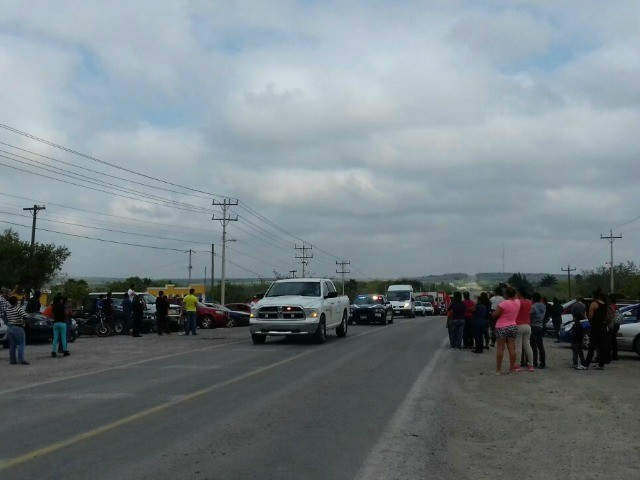 According to the case file from the Tamaulipas Attorney General’s Office, the two beer distributors had left the San Fernando office of the Cerveceria Cuauhtemoc Moctezuma in order to make their delivery routes to the various rural communities in the region. It is believed that the employees had managed to sell and collect approximately $500,000 pesos or a little less than $25,000 USD, before they were kidnapped.

After the beer company filed a report for its missing employees, authorities began a search operation and were able to locate the delivery truck three days after the kidnapping in the town of General Bravo. The bodies of the two victims were found last week on the side of the road by the 30 kilometer marking on the highway that connects China, Nuevo Leon, with Mendez on the border of Tamaulipas.

The border between Tamaulipas and Nuevo León is an area controlled by factions of various drug cartels who are also believed to have been responsible for hijacking tourist buses. In months prior, cartel members in that region had been stopping passenger buses to rob tourists and even to carry out various kidnappings. Most of the crimes remain unsolved.