Recently, Tamaulipas State Police officers seized a large truck outfitted with thick armor plating for firefights. The vehicles are commonly called “Mounstros” or monsters. According to information provided to Breitbart Texas by the Tamaulipas government, police officers were patrolling the rural areas near Camargo, Tamaulipas, when they came across an abandoned warehouse. Camargo is immediately south of Rio Grande City, Texas. 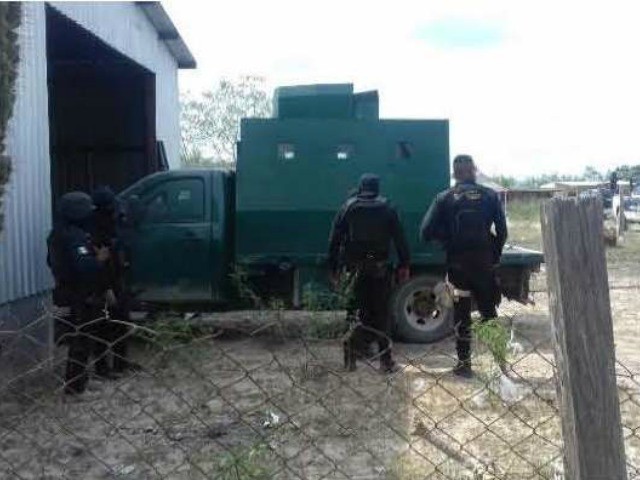 When authorities inspected the warehouse they found a truck covered in armor plating as a makeshift combat vehicle. The truck had Texas license plates. It remains unclear if the vehicle was previously stolen.

As Breitbart Texas reported, rival factions of the Gulf Cartel have gone to war for this region’s lucrative drug territories. The fighting spread terror through Reynosa as convoys of gunmen roamed the streets clashing with rivals. Official figures point to 20 individuals killed, while six were injured in the ongoing violence. Authorities seized armored vehicles, SUVs, grenades, machine guns, and other weapons tied to the violence.

Editor’s Note: Breitbart Texas traveled to the Mexican States of Tamaulipas, Coahuila, and Nuevo León to recruit citizen journalists willing to risk their lives and expose the cartels silencing their communities. The writers would face certain death at the hands of the various cartels that operate in those areas including the Gulf Cartel and Los Zetas if a pseudonym were not used. Breitbart Texas’ Cartel Chronicles are published in both English and in their original Spanish. This article was written by “A.C. Del Angel” from Reynosa, Tamaulipas and “J.A. Espinoza” from Matamoros, Tamaulipas.