Border Patrol agents in the Rio Grande Valley Sector rescued a live tiger cub after smugglers abandoned it near the Texas border with Mexico. The cub appears to be in good health.

Agents assigned to the Brownsville Station made an unusual discovery while responding to an alert about an illegal border crossing on Monday. Agents responded to the call but only found a large black bag. The illegal border crossers had disappeared, according to information provided to Breitbart Texas by Border Patrol officials. 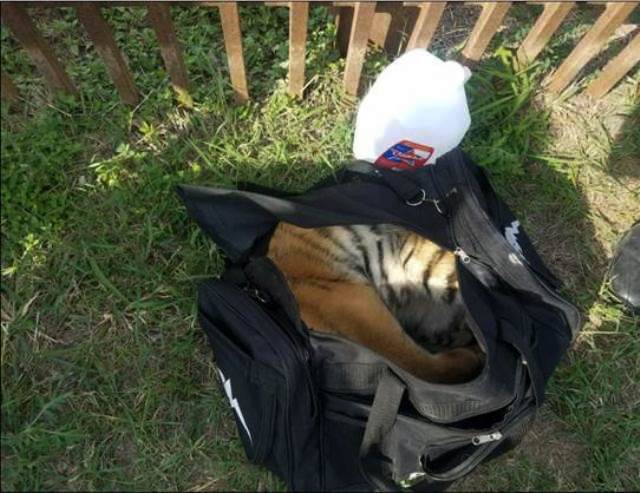 The agents approached the black bag and were likely expecting to find drugs. Instead, the agents found a male tiger cub zipped up inside the bag. It appears the smugglers gave the cub a tranquilizer. Officials told Breitbart Texas they were unable to determine what the possible destination of the tiger cub might have been.

Officials took the tiger cub to the Gladys Porter Zoo in Brownsville where officials estimated the cub’s age to be between three and four months.

Earlier in the day, agents made another unusual discovery while attempting to launch a patrol boat and observed a large alligator on the ramp. 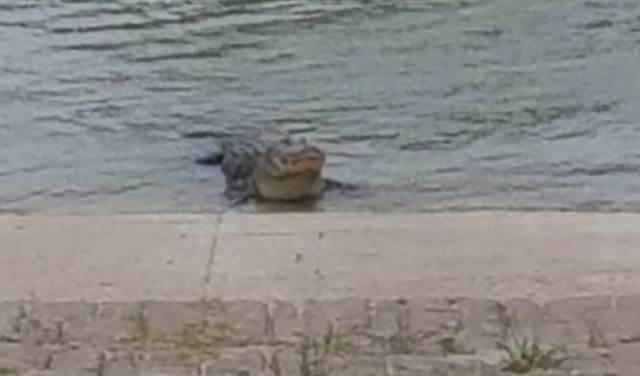 Officials said the alligator retreated quickly and did not delay the agents’ launch of the boat. Alligator sightings in this area are considered unusual.

Cartel-connected smugglers are even more callous with their human cargo.

On Thursday, April 26, agents assigned to the Weslaco Station received a report of suspected illegal immigrants getting into two vehicles, a Kia Soul and a Chevy Tahoe, near Alamo, Texas. As agents attempted to stop the vehicles, the Kia stopped and the Tahoe failed to yield, officials stated.

The driver of the Tahoe stopped after a short pursuit and fled the scene on foot.

Agents found seven illegal immigrants packed in the back of the Kia and an additional 10 crammed into the Tahoe.

During a two day period, agents assigned to the Falfurrias Border Patrol Checkpoint in Brooks County made two human smuggling discoveries. In the first, a K-9 agent alerted to the possible presence of drugs or humans in the back of a pickup truck. The agents found an illegal immigrant trapped under a toolbox with no way of escaping.

Early Friday morning, the Falfurrias agents discovered 17 illegal immigrants packed in the back of a tractor-trailer loaded with commodities. Officials said the migrants were men and juveniles from Mexico, Guatemala, El Salvador, Honduras, and Colombia.

Editor’s Note: This article has been updated with additional information from Border Patrol officials about the alligator and tiger cub.