A United States citizen teenager from Oklahoma died and several of his relatives sustained gunshot injuries after a squad of Mexican cartel gunmen ambushed them in Mexico near the border with Texas. The family was traveling back to the U.S. when the cartel hitmen attacked them on a highway.

The shooting took place on Saturday evening in Nueva Ciudad Guerrero, just south of Falcon Dam, when members of the Castillo family were traveling on two Chevrolet SUVs when a group of gunmen attacked them, information provided to Breitbart Texas by Tamaulipas law enforcement sources revealed. 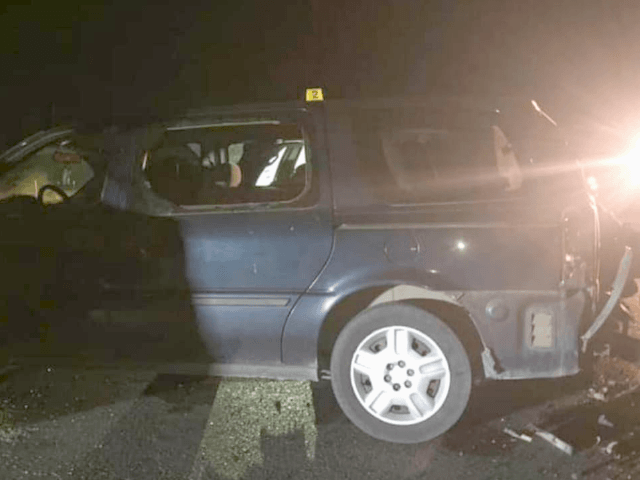 According to initial law enforcement reports, the victims live in Oklahoma and traveled to Monterrey to visit relatives for the holidays. On their way back to Oklahoma, they were planning to travel toward Ciudad Mier in order to cross back into Texas through the Roma International Port of Entry. The attack took place near the 113-kilometer marker when a group of gunmen in SUVs tried to stop the family. The gunmen opened fire, striking the family several times. The gunfire caused the driver to crash and come to a stop. After the attack, the gunmen left the scene.

When authorities first responded to the scene of the attack, they had been alerted to a traffic accident. When they arrived, they discovered it was an attack and not an accident, law enforcement information provided to Breitbart Texas revealed.

In the attack, 13-year-old Oscar Castillo Lopez, a U.S. citizen from Oklahoma, died from the numerous gunshot injuries he sustained. Three of his relatives, including a 10-year-old girl, also sustained gunshot wounds. Once authorities were notified of the attack, they responded to the scene and rushed the victims to the University Hospital in Cerralvo, Nuevo Leon, where they are listed in serious condition.

The attack comes at a time when members of the Cartel Del Noreste faction of Los Zetas have been carrying out a series of attacks in an attempt to take control of the region away from the Gulf Cartel. The Gulf Cartel currently controls that region of the border. As Breitbart Texas has reported, these attacks escalated into large scale gun battles where both cartels have used armored vehicles with mounted machine guns, grenade launchers, and other explosives.

In November, a similar case took place just south of the New Mexico border when a group of cartel gunmen attacked a U.S. family that was traveling north killing nine women and children, Breitbart Texas reported. That attack reignited the push to designate certain drug cartels as Foreign Terrorist Organizations.