Stocks in the United States recovered some of their earlier losses Friday, ending the worst week since the financial crisis on a less dire note.

The Dow Jones Industrial Average fell 357 points, or more than 1.39 percent, to trade below 25,000. It had been down by as much as 1,000 points but bounced back in the final hour of trading after Fed chair Jerome Powell said the central bank stood ready to take action to support the economy.

The S&P 500 also dropped by as much as 4 percent, only to rise later for a decline of 0.82 percent at the close.  The Nasdaq Composite, which had been down by as much as 3 percent earlier in the day, ended slightly up for the day.

The yield on the benchmark 10-year Treasury fell to a new record low of 1.155 percent before rising to 1.162. The yield on the 30-year Treasury fell to 1.683 percent. Yields on five-year, two-year, and 3-month Treasuries were all lower. Yields move in the opposite direction of prices, so a declining yield indicates investors are paying more for the debt of the federal government.

The futures market appears convinced that the Fed will cut rates sooner rather than later. Yesterday, fed funds futures implied no chance that the Fed’s benchmark interest rate target would be 50 basis points below the current target and a 47 percent chance that the target would remain unchanged, according to the CME Group’s Fedwatch Tool. The odds of a 25 basis point cut stood at 57 percent, a dramatic increase from the 11 percent chance a week earlier. 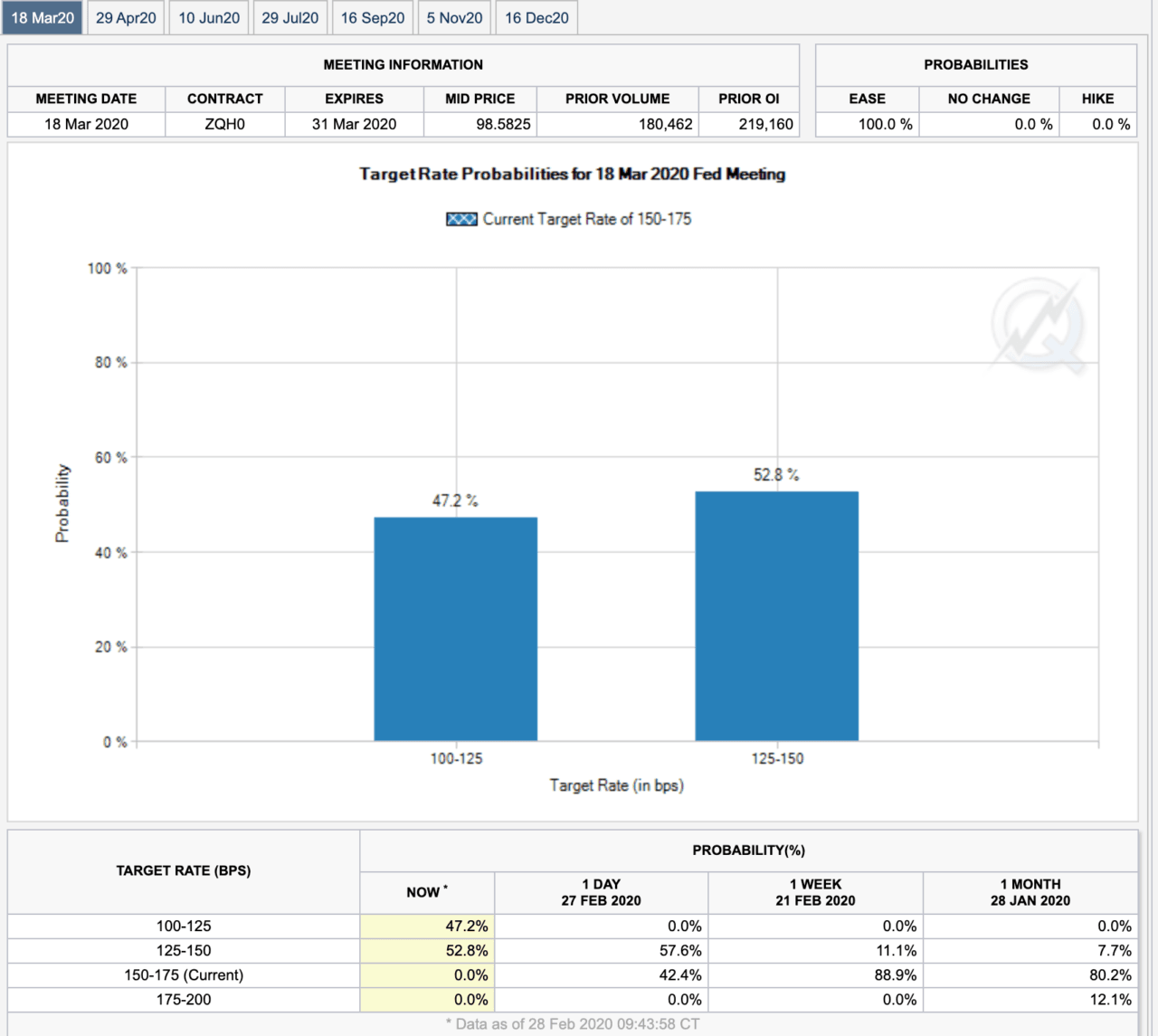