T-shirts featuring Nirvana frontman Kurt Cobain’s suicide note reproduced in full have been pulled from both eBay and Etsy after numerous fan complaints.

According to the Daily Mail, reddit user Clouddevourer first spotted the T-shirt earlier this week, and posted a link to an image of the shirt with the caption, “Apparently you can now buy a shirt with a picture of Kurt Cobain’s suicide note.” 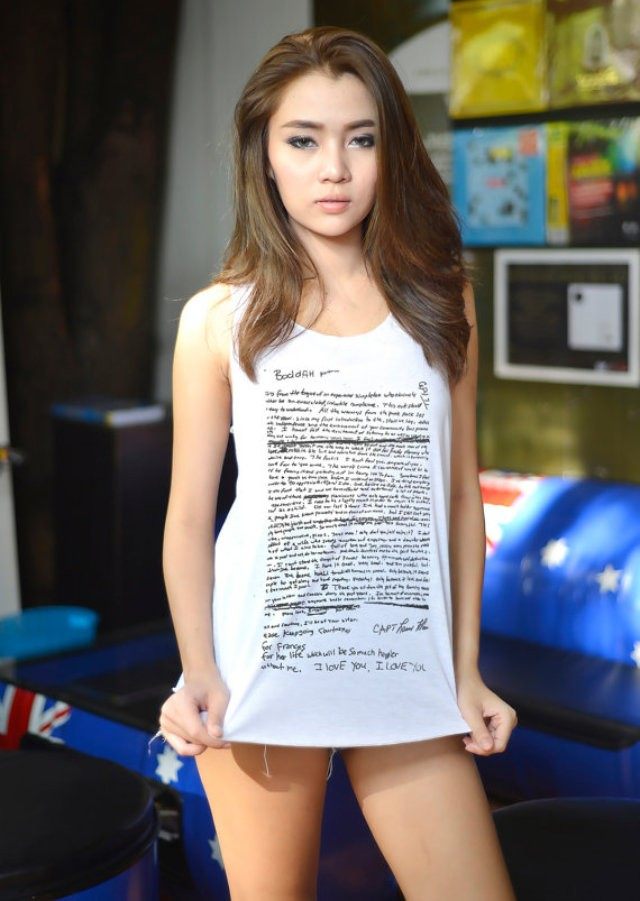 “That takes poor taste and exploitation to a new level,” one user wrote.

“This makes me question the morality of the fashion industry and how far people are willing to go just to make a quick buck,” wrote another.

Etsy pulled its $15 tank top bearing the suicide note on Tuesday, while eBay reportedly removed its $25 T-shirt by Wednesday. While both online retailers did not offer much comment on the removals, an Etsy spokesman told the Mail that the tank top violates company guidelines on “items or listings that promote, support, or glorify acts of violence or harm toward towards self or others.”

An eBay spokesman similarly told the Mail that the company “determined that this item violates our Offensive Materials policy, which includes the promotion of human tragedy. eBay policy does not allow items that promote or glorify human tragedy, hatred, violence, racial, sexual, or religious intolerance.”

Cobain was found dead in his Seattle home in April, 1994 from a self-inflicted gunshot wound. The Nirvana frontman had long struggled to stay sober, and had reportedly just returned from a stint in rehab to treat his heroin addiction. Nirvana is one of the best-selling artists of all time, with 25 million records sold in the United States and over 75 million sold worldwide.

According to one reddit user, the suicide note shirt has been around for at least two decades.

“This shirt came out right after the note was made public, kids in my high school had it, back in the nineties,” wrote reddit user boundone. “It isn’t new.”