The Money Monster star’s Clooney Foundation for Justice partnered with the Alabama-based organization for the seven-figure grant, Deadline reports.

“Amal and I wanted to add our voice (and financial assistance) to the ongoing fight for equality,” George Clooney said in a statement. “There are no two sides to bigotry and hate.”

“We are proud to support the Southern Poverty Law Center in its efforts to prevent violent extremism in the United States,” the actor and his wife said. “What happened in Charlottesville, and what is happening in communities across our country, demands our collective engagement to stand up to hate.” 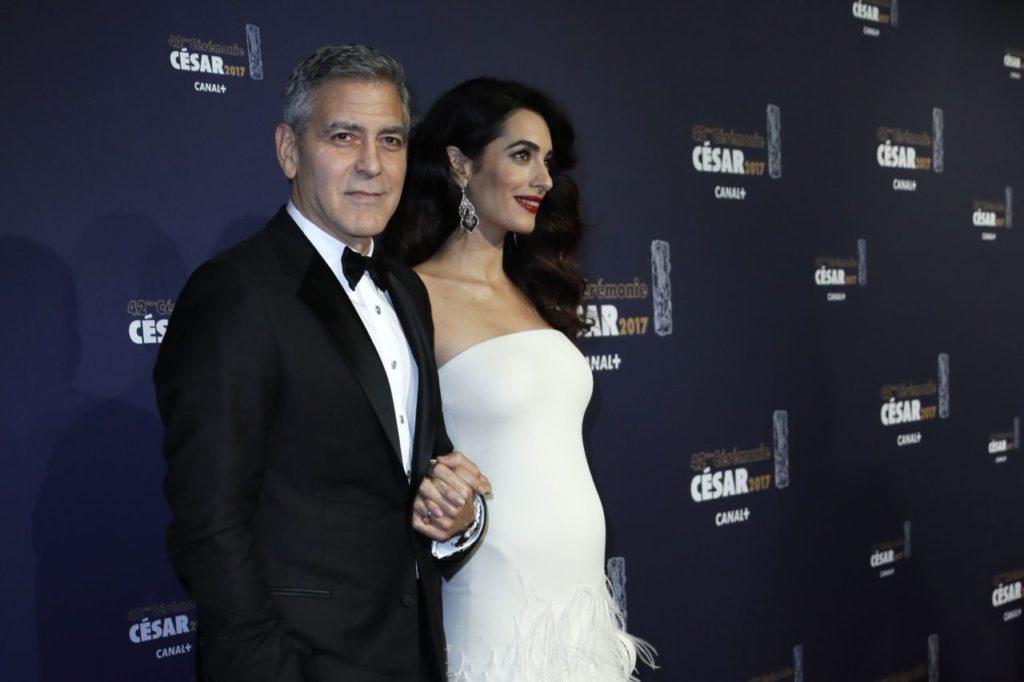 US actor George Clooney (L) and his wife British-Lebanese lawyer Amal Clooney pose as they arrive for the 42nd edition of the Cesar Ceremony at the Salle Pleyel in Paris on February 24, 2017. / AFP / THOMAS SAMSON President Trump held a press conference last week and strongly condemned what he called the “egregious display of hatred” and violence that broke out in Charlottesville, Virginia. Addressing the media days later, Trump again slammed the neo-Nazis and white nationalist protesters and called the man who rammed a car into counter-protesters and killed a woman a “disgrace,” and a horrible “murderer.”

The SPLC has come under fire in the past for its partisan penchant to target and lump legitimate conservative organizations and media outlets together with actual extremist groups.

“Like George and Amal Clooney, we were shocked by the size, ugliness, and ferocity of the white supremacist gathering in Charlottesville,” said SPLC President Richard Cohen in a statement. “It was a reflection of just how much Trump’s incendiary campaign and presidency has energized the radical right. We are deeply grateful to the Clooney Foundation for standing with us at this critical moment in our country’s fight against hate.”

The organization said it is “deeply grateful” for the Clooneys’ generosity.

The news comes just days after Apple CEO Tim Cook announced plans to donate $1 million each to the SPLC and the Anti-Defamation League.

In May it was revealed that the SPLC is developing a documentary series centered on “far-right extremism” and President Donald Trump.