Pop superstar Justin Bieber offered “love” and support to Kanye West in the wake of the fallout over West’s comments about 400 years of slavery being a “choice.”

The message, sent to the “Mark My Word” singer’s 99 million Instagram followers, read, “Our job is to love, not to always agree,” and added, “Love you Kanye!” 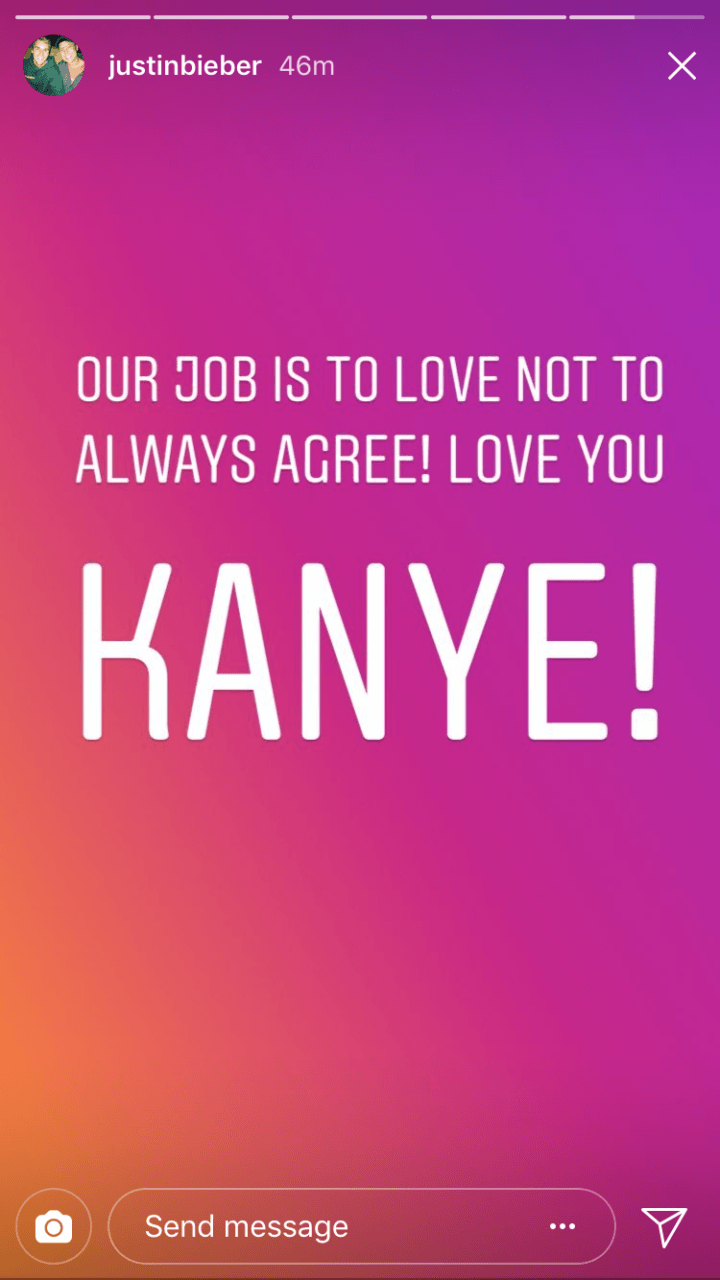 West made his controversial comments on TMZ when he said, ‘When you hear about slavery for 400 years — for 400 years? That sounds like a choice. Like, you were there for 400 years and it’s all of y’all … It’s like we’re mentally in prison.”

There is no doubt that West was not talking about slavery being a choice for those who were physically enslaved at the time. He was obviously talking about people today still obsessed over something that disappeared 160 years ago, still held back by it, still mentally imprisoned by a long-dead institution.

Nevertheless, due to his ideological heresy in supporting Trump, West’s slavery comments are being twisted into a weapon to launch a blacklist against him, to personally destroy him. Again, Justin Bieber’s backing comes amid all this.

West has already been blacklisted by a Detroit radio station, a #MuteKanye hashtag has been organized to expand this blacklist, and a number of left-wing entertainers and media pundits have lashed out, including Dr. Phil, anti-Trump activist Brian Stelter, Will.i.am, and Questlove.