“Actors, writers and producers warn of ‘reverse racism’ in the film industry which has created a ‘toxic’ climate for anyone who is a white, middle-age man,” reports the Daily Mail.

Well, when you look at what has already been said openly by some of the most powerful people in the film industry, this is a perfectly justifiable fear.

“I don’t see myself casting a white dude as the lead in my movie,” producer-director Jordan Peele said last year. “Not that I don’t like white dudes. But I’ve seen that movie before.” 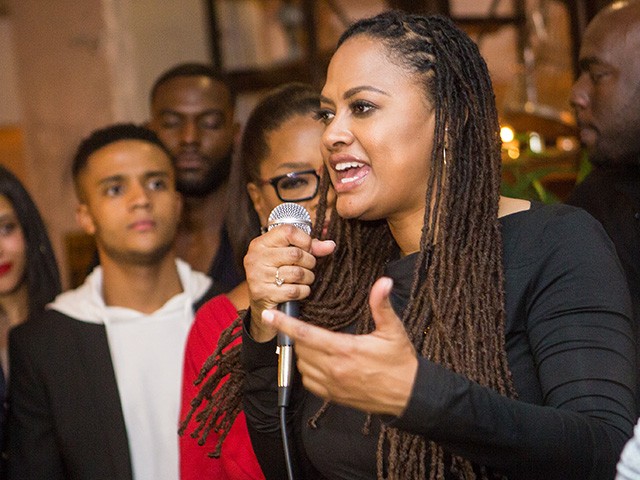 Ava DuVernay, a marginally talented but still powerful director and producer, basically told “white men” not to bother to apply for a job.

“Everyone has a right to their opinion. And we – black producers with hiring power – have the right not to hire those who diminish us,” she tweeted in June. “So, to the white men in this thread, if you don’t get that job you were up for, kindly remember… bias can go both ways. This is 2020 speaking.”

There is just no question that Hollywood’s two decade blacklisting of conservatives and conservative ideas is about to extend to white people, most especially white men.

The Daily Mail spoke with “dozens of producers, writers and actors” and they claim to already see “a wave of ‘reverse racism’ pulsing through the industry.”

And if you dare to speak out against it, you will be branded as a racist and blacklisted for life:

[One] executive confirmed that the climate is now toxic for any ‘white, middle-aged man in showbusiness’. Their careers, ‘are pretty much over’.

They continued: ‘We’re only hiring people of colour, women or LGBT to write, star, produce, operate the cameras, work in craft services. If you are white, you can’t speak out because you will instantly be branded ‘racist’ or condemned for ‘white privilege’.

‘The pendulum has swung so far, everyone is paralysed with fear by the idea anything you say could be misinterpreted and your career ended instantly. There are a lot of hushed conversations going on, but publicly everyone is desperate to be seen to be promoting diversity and too terrified to speak out. It’s imploding: a total meltdown.’

If that’s not scary enough…

The latest buzzword in Tinseltown is ‘Bipoc’ – an acronym for Black, Indigenous and People of Colour – and ‘Menemy’, which means a white, male enemy of the diversity movement. ‘Everyone wants to be able to check all the boxes for each new hire,’ according to one Oscar-nominated insider.

‘Directors normally have a say about who is in their project. Not anymore. It’s all about ‘Bipoc hiring’. And it’s coming directly from the heads of the studios who know their jobs are on the line. White middle-aged men are collateral damage. They are the Menemy.’

Nathan Lee Bush, a film editor, says his career is over now because he spoke out against a Facebook call for a black film editor and only a black film editor. Bush, who’s white, complained about “people openly and proudly practicing racism” and how they are now the ones “calling everyone racist to shut them down.”

“[A]nyone who dares to speak up is cancelled, their livelihood and dreams stripped from them by a baying mob,” Bush added, just before he was fired by his biggest client, Panera Bread, and forced to grovel an apology.

Of course, this is happening. Stifling totalitarianism and blacklists always follow the political left when they are allowed to assume power. And with a corporate entertainment and political media completely on board with and championing this fascist era, it is going to get a lot worse before it gets better.

The question is, how will the public respond?

We already know the American people are not racist. We’ve been embracing black and other minority superstars for decades. It’s not the color of the skin of who’s on the screen that will determine success or failure of the woke entertainment industry. What will matter is what always matters, and that’s the content — and that’s going to suck because most every movie and TV show is about to become even more overbearing and political, even more obsessed over instruction and identity, as opposed to what makes us human and our shared humanity.

The Academy’s stupid diversity requirement alone… Most Oscar-bait movies are bad enough. I can’t even wrap my mind around how much worse these stifling and fascist requirements will make things.

So what we have here is just more proof that … Movies Are About to Suck Like Captain Marvel for a Very Long Time.

It’s a shame but that’s why the Good Lord invented DVDs.