Former Miss Universe Olivia Culpo was asked to cover up before boarding her American Airlines flight to Cabo San Lucas, Mexico, with her family, according to her sister, Aurora.

Culpo’s sister took to her Instagram Stories to share her dismay over American Airlines allegedly asking the 2012 Miss Universe winner to put on a blouse in order to board her flight — a moment that she called, “fucked up” — according to a report by Page Six. 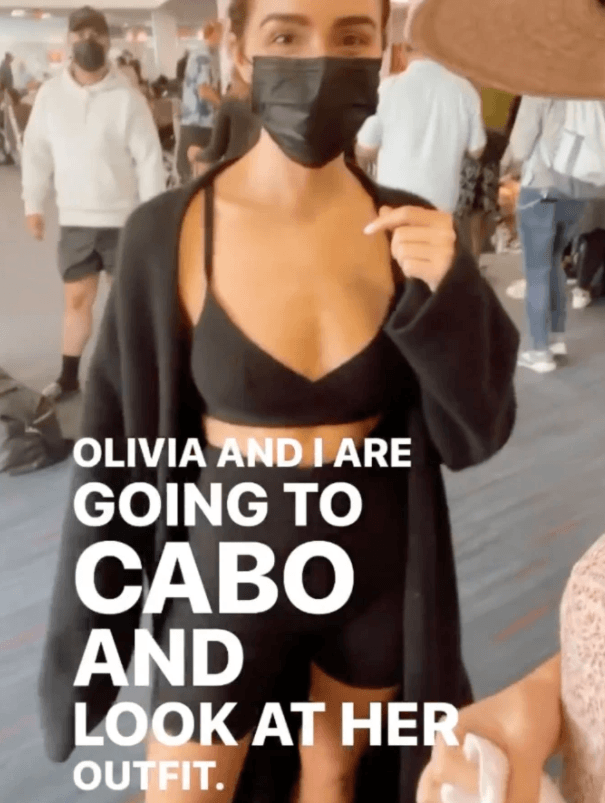 One fellow-passenger — who apparently was not asked to cover up — reortedly pointed out that her own outfit was even lower cut than Culpo’s, showing more cleavage.

“That’s weird,” the woman said of American Airline’s request for Culpo to put on a blouse.

In another clip on Aurora’s Instagram Story, Culpo can be seen covering herself with a grey hoodie in order to board her flight.

The hoodie appears to belong to Culpo’s boyfriend, Carolina Panthers running back Christian McCaffrey, who can be seen in a photo with his arms inside his shirt (looking cold) in another Instagram Story post by Aurora, captioned, “When you freeze [because your] lady dress inappropriate [as fuck]. Exactly how Jack from the Titanic died.” 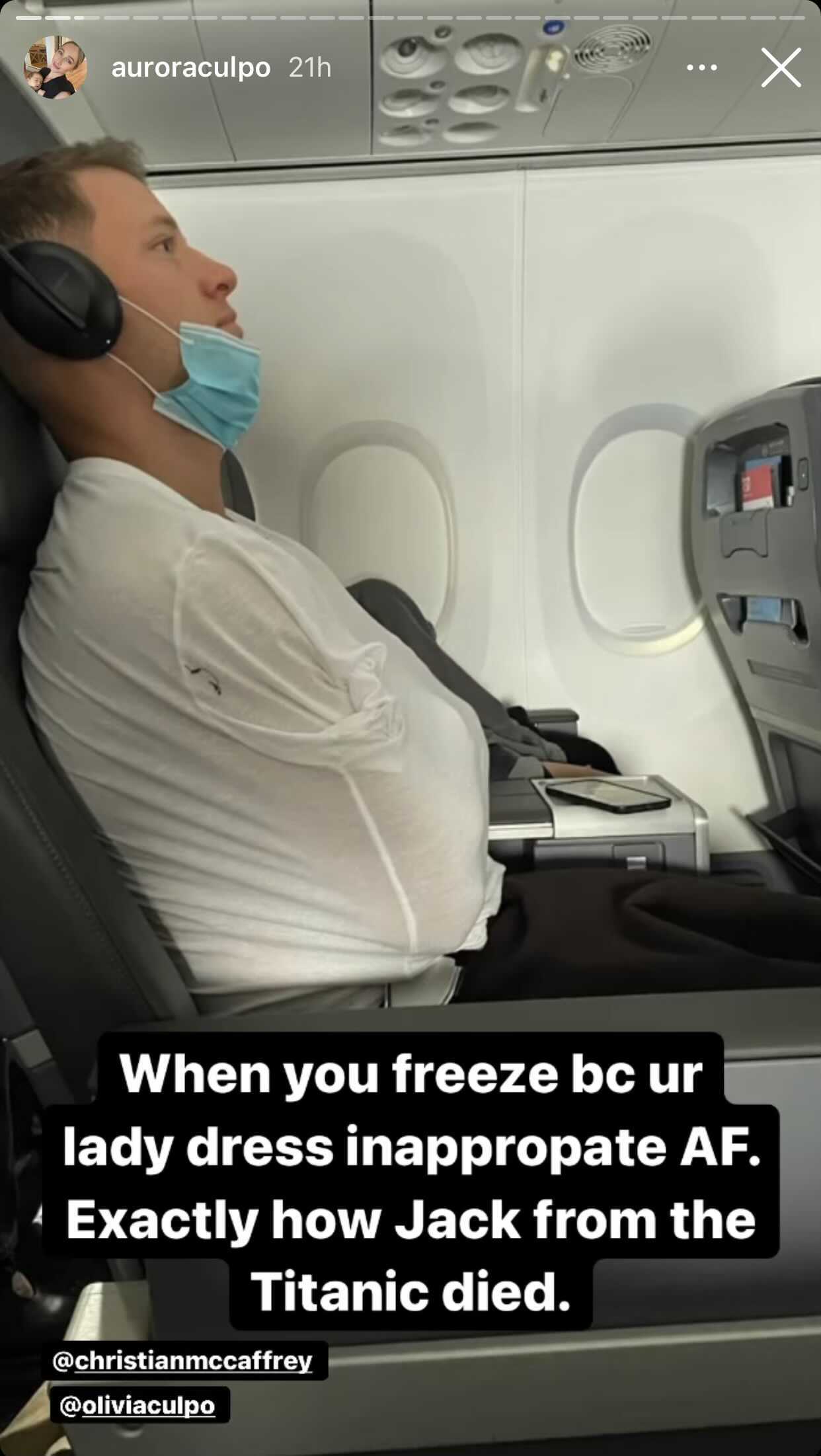 In another post, Aurora shared four images that made up her sister’s outfit ensemble, captioning it, “Get kicked off [American Airlines] starter kit.”

The post was shared by Culpo, who wrote, “She’s on a roll [people],” adding, “Lmao,” which stands for “laughing my ass off.”