Actress Lori Loughlin’s Los Angeles home was reportedly robbed of $1 million worth in jewelry by masked burglars shortly after the new year, making her the latest high-profile victim of unchecked crime in the Democrat-controlled city.

Police are investigating a January 3 incident in which burglars broke into Loughlin and fashion designer Mossimo Giannulli’s house and stole $1 million of merchandise, according to a report by TMZ.

The couple wasn’t home at the time of the robbery, and their housekeeper reportedly discovered the break-in had happened.

Law enforcement told TMZ that the thieves — clad in all black and masks — smashed a bedroom window at the home, based on their review of footage from surveillance cameras in the house.

Once inside the house, the robbers stole Loughlin’s jewelry box.

Police say they think a South American burglary crew pulled off the heist — the thieves apparently travel to the United States, hit locations, and then quickly leave the country, reports TMZ. 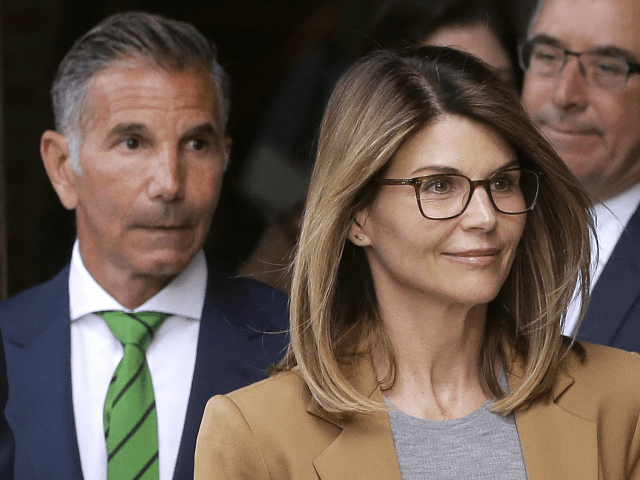 Authorities added that they do not know if Loughlin and Giannulli were specifically targeted or if the incident was a random burglary.

The robbery occurred less than one week before the death of Loughlin’s friend and Full House co-star, Bob Saget.

A representative for Loughlin told TMZ that the actress is thankful no one was hurt, adding that Saget’s death has put the incident into perspective for her.

Crime is soaring in Los Angeles, thanks in part to radically lenient policies from District Attorney George Gascón, who received millions of dollars in support from left-wing billionaire George Soros when he ran for office. Just days after Loughlin’s home was robbed, the Beverly Hills City Council unanimously voted to support a recall effort to remove Gascón.

Loughlin recently made headlines for getting caught up in a college admissions bribery scandal. She was convicted and served two months in prison, and her husband was sentenced to five months for paying half a million dollars to ensure their daughters were accepted to the University of Southern California.