Britain’s Guardian newspaper stands accused of sending a “false” copyright notice in an attempt to “bully” a popular online ‘vlogger’ after he parodied their politically-correct content.

Satirist, polemicist, and video-blogger Sargon of Akkad hit back at the Guardian after receiving a notice via YouTube that the newspaper was disputing his right to use their video in his parody of their identity politics. 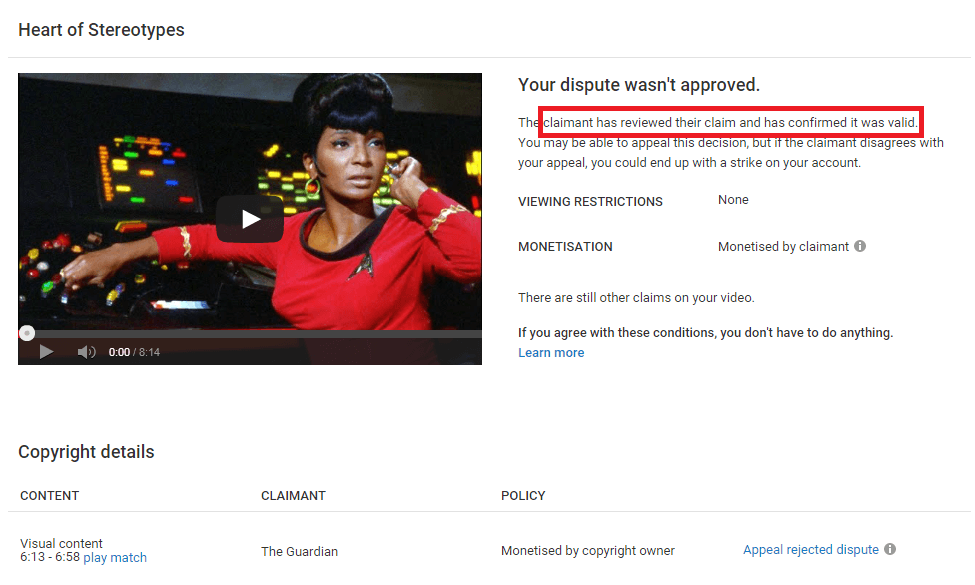 Sargon of Akkad hit back online by calling their copyright claim “false”, leading to thousands of more views for his hysterical video mash-up of the original Guardian video on the subject of African identity and stereotypes.

The video was a instant hit online, as with many of his other videos, which have a combined 19 million views. But the vlogger clearly ruffled feathers at the Guardian, who told Breitbart London that while they hadn’t filed a formal Digital Millennium Copyright Act (DMCA) notice, they had indeed pursued their copyright claim through YouTube.

“The Guardian has not issued a DMCA against YouTube user Sargon of Akkad,” a spokesman said. “There are, however, ongoing copyright discussions with the YouTube user regarding the amount of a Guardian video he has used – an issue highlighted by YouTube’s own Content ID system. We hope to come to an agreement with Sargon of Akkad and have offered advice on how to engage with Guardian content without breaching copyright. Open journalism is at the heart of the Guardian and we believe in the free flow of engagement, challenge and debate.”

The remixed film only used short clips of the newspaper’s original video, interwoven with Sargon’s own content, and was created and distributed as a criticism and parody – uses which Stanford University’s guidance page on DMCA law states is considered fair use, and therefore legal.

The video was taken down by YouTube this morning, sparking a tug of war between the Sargon and the complainant. His struggle soon garnered attention on Twitter:

With fans rallying to his cause and accusing the Guardian of malpractice:

No one, especially not a newspaper, should be faking copyright claims to suppress criticism. #GuardianDMCA

Breitbart London asked the Guardian how the copyright claim fits with its own claims of supporting “open journalism” and the statement, made by the newspaper’s editorial team, that “voices of opponents no less than that of friends has a right to be heard”. The statement above was the only response received.

The video, which has been restored for now, can be viewed below: