Protests against Islamisation took place across Australia this weekend as hundreds of demonstrators marched in cities across the country. 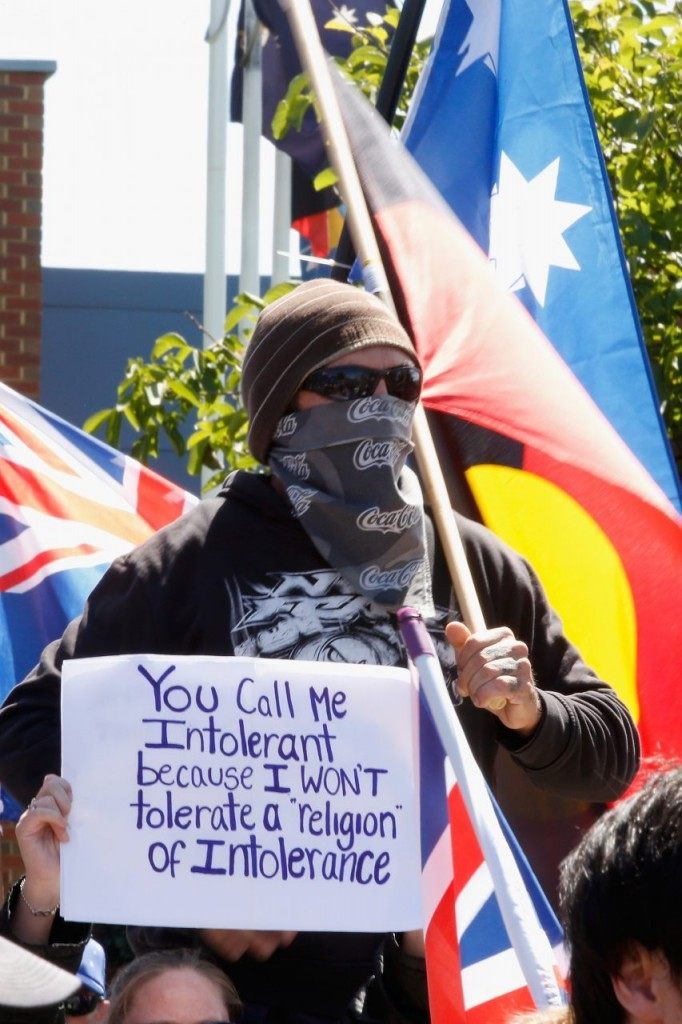 A masked protester is seen during a Reclaim Australia rally held in Melton, in Melbourne, Australia. (Darrian Traynor/Getty Images)

The BBC reports that six were arrested when clashes broke out in the suburb of Melton, on the outskirts of Melbourne, while an anti-racism protester was detained for allegedly punching a horse. A further three men were arrested at simultaneous demonstrations in the states of Queensland, New South Wales and South Australia. 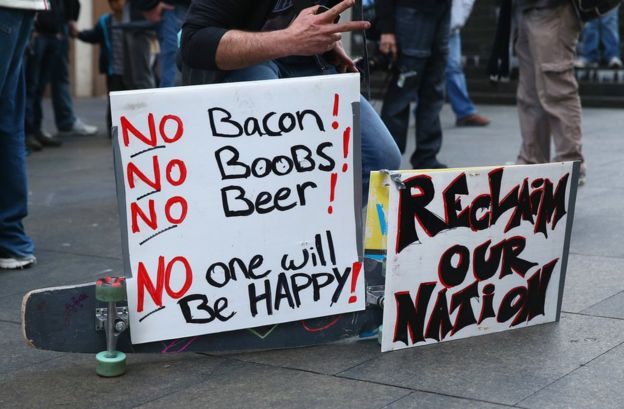 A sign at the reclaim Australia demonstration in Sydney (Getty Images)

Reclaim Australia also held rallies in Canberra, Perth and Hobart, but they passed off peacefully. 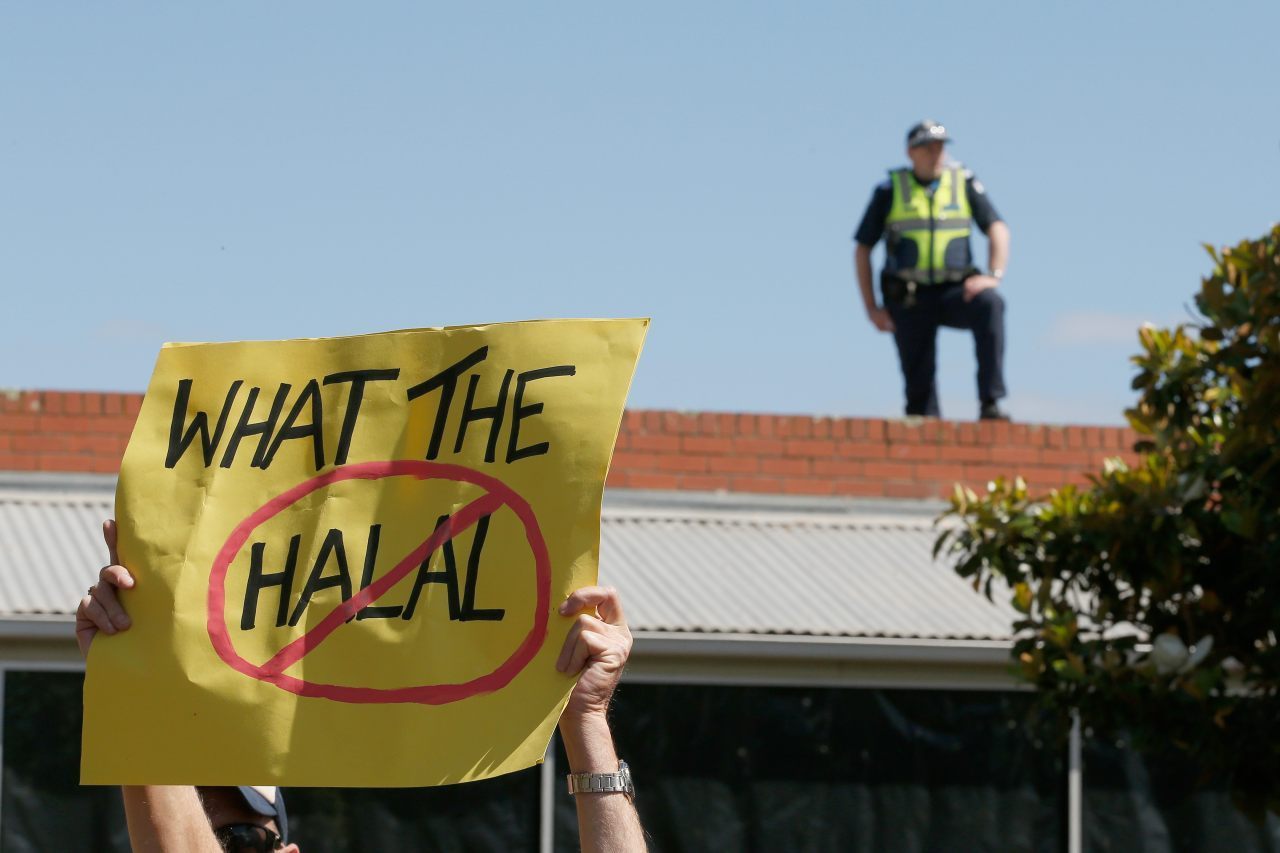 A demonstrator holds a sign at the Reclaim Australia rally (Getty)

One demonstrator said the reason for the march was “making sure everyone assimilates and becomes Australian.”

“We don’t want to be treated like we don’t belong in this town and we don’t want an organisation where people of certain origins have been making trouble. We don’t want trouble in our town.” 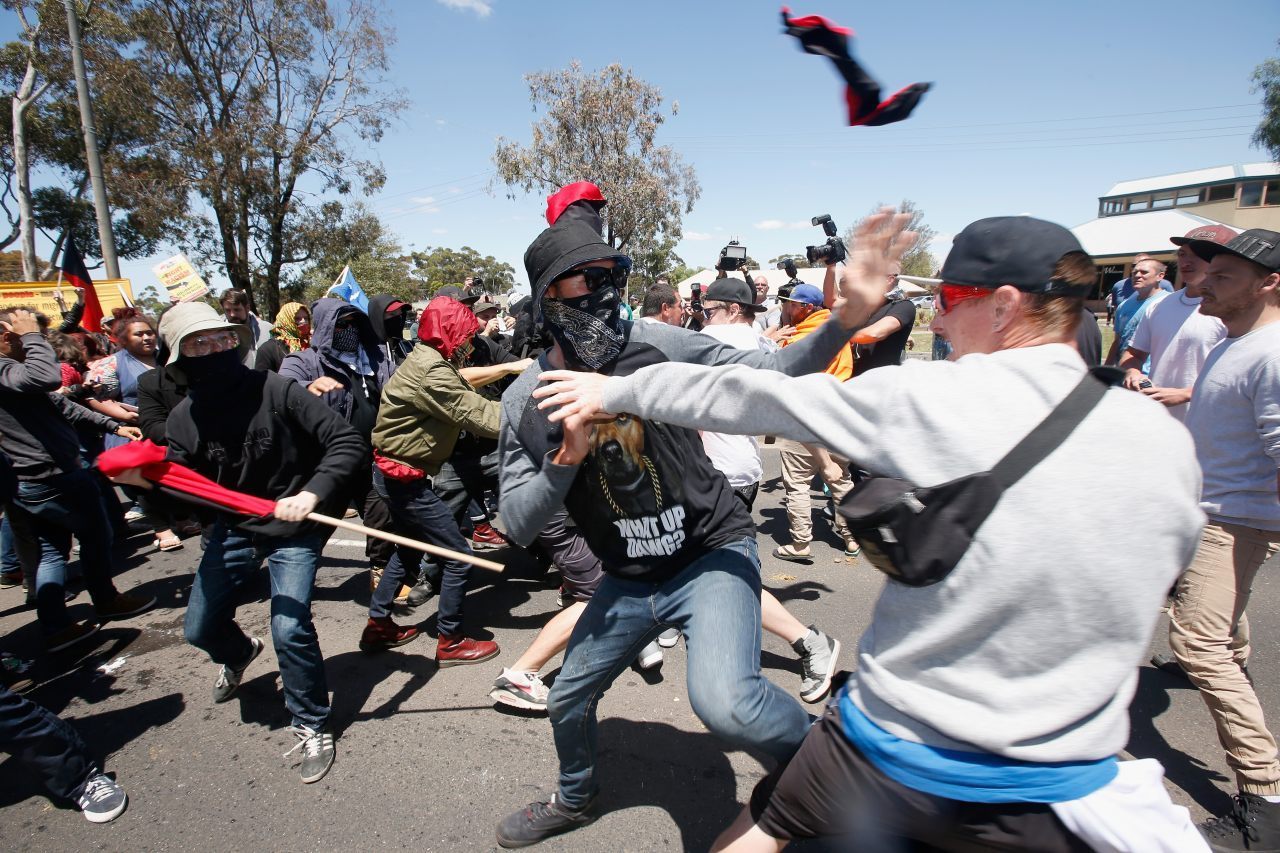 The area where most of the violent incidents took place has become a hot spot for immigration in recent years. 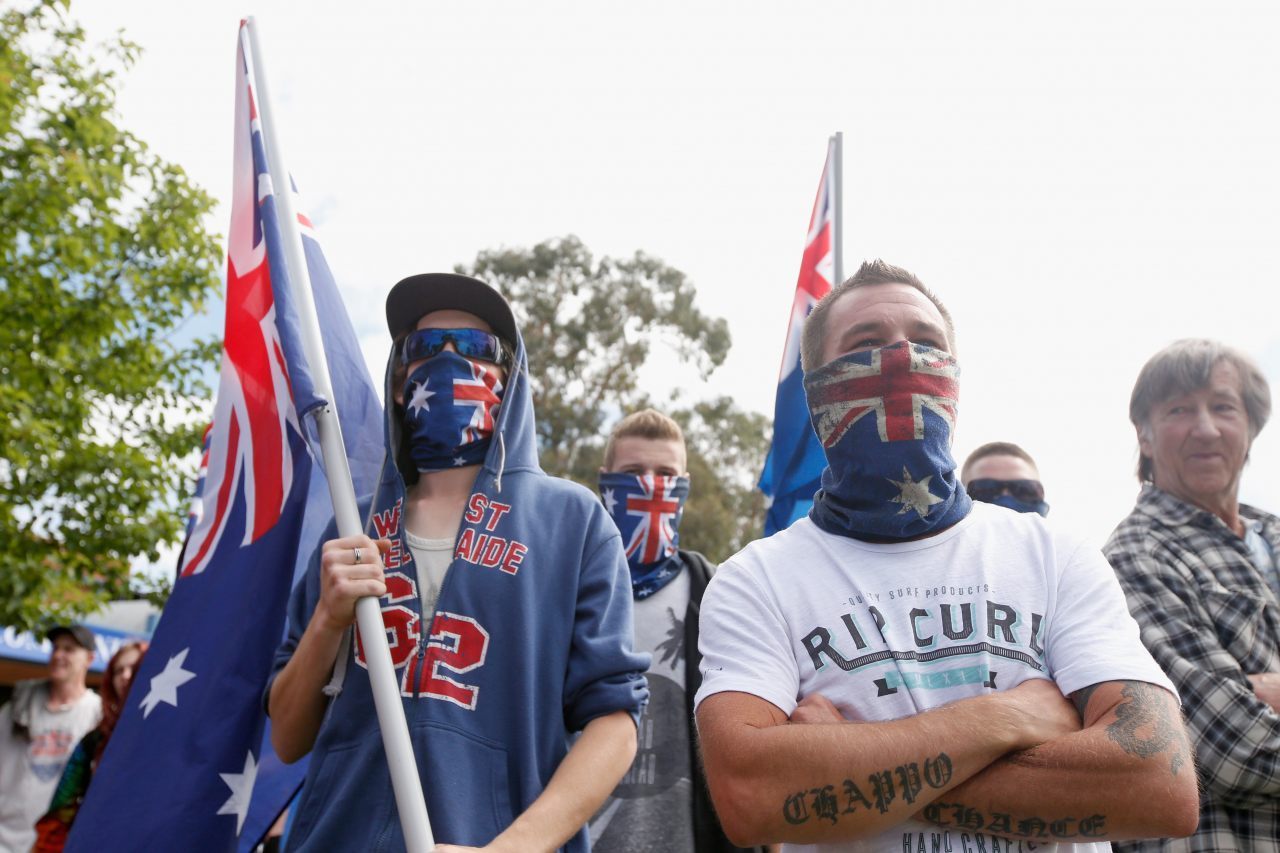 Australia’s ABC News reported earlier this year that Melton has seen its population double in the space of a decade, with about a quarter of the area’s 130,000 resident born abroad.

Australia has experienced its own problems with radical Islamists in recent years. Last year, a siege at the Lindt café in Sydney resulted in three deaths when radical jihadist Man Haron Monis took 18 people hostage. Two customers died when police lifted the siege. Monis himself was shot by police. 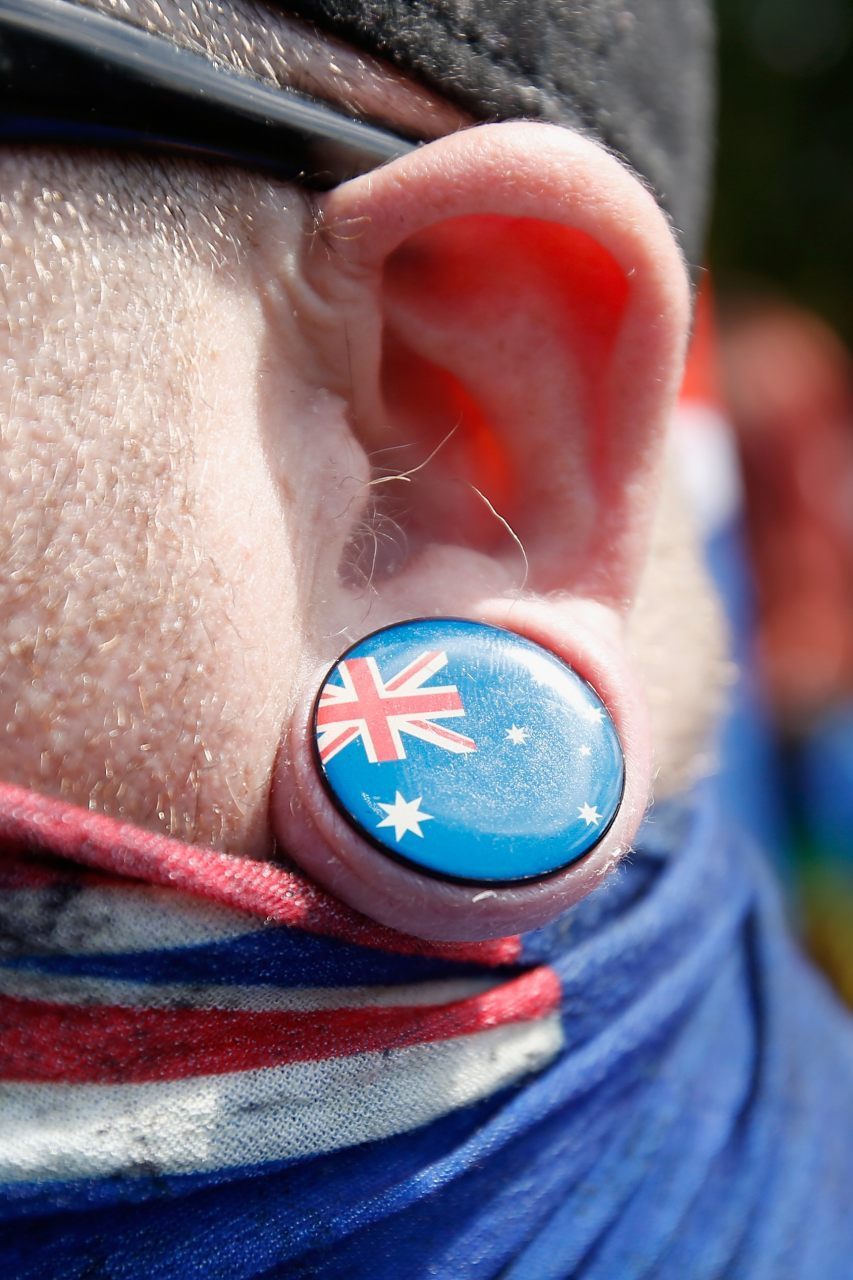 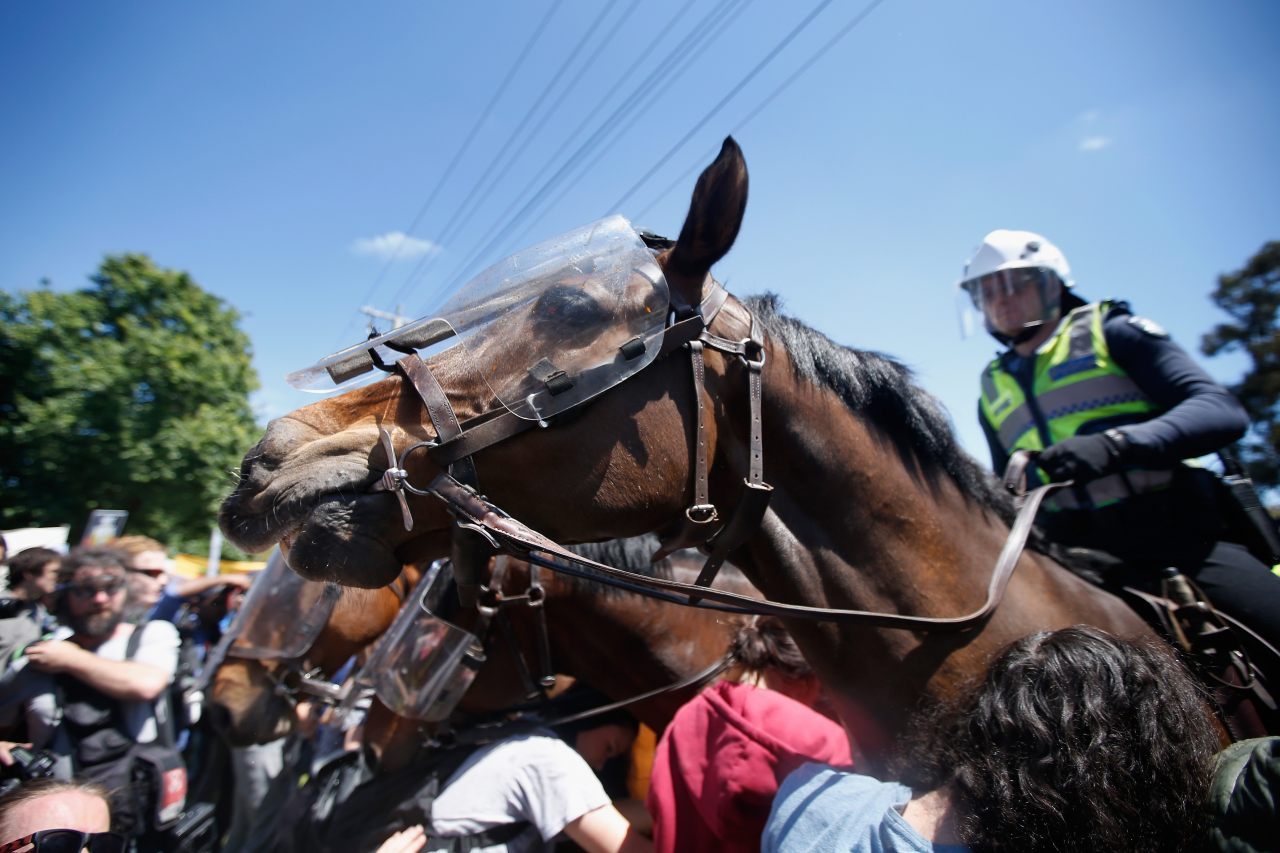 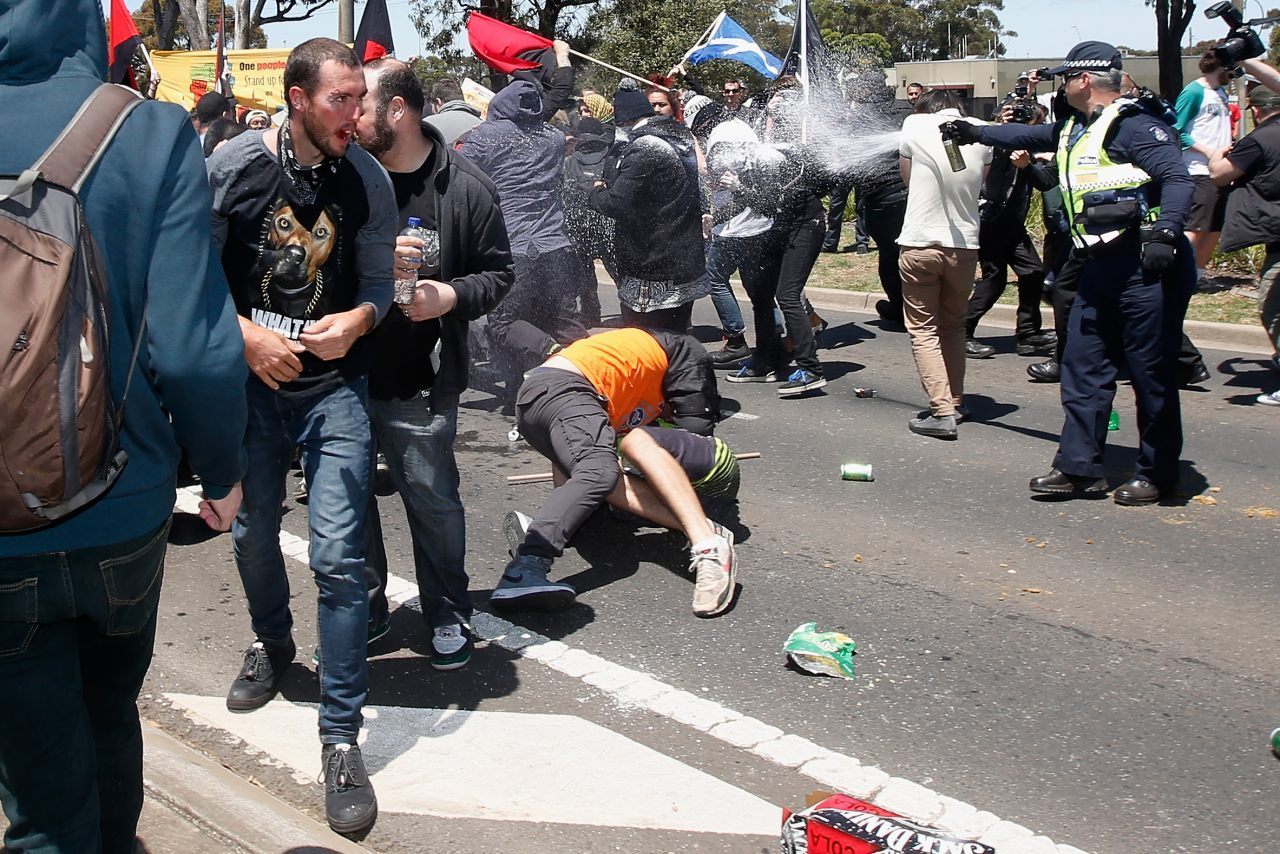 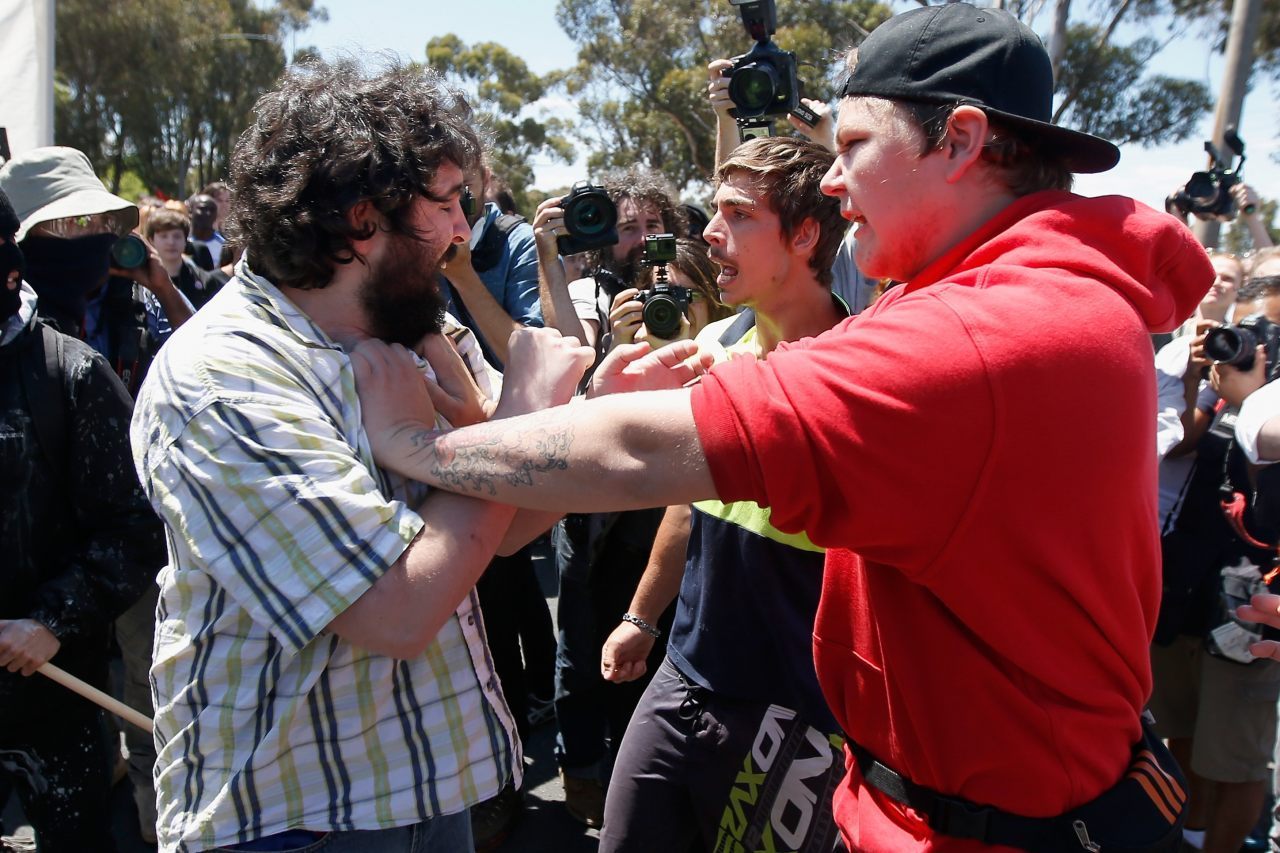