After an Algerian and a Syrian living in the same migrant centre were jailed for raping a Swedish women multiple times, concerned locals held an anti mass-migration protest. Only then did an infuriated local social justice group hold their own demonstration… in support of more migration.

The horrific crimes occurred near the Blick Mälaren accommodation, a converted hotel, in the small town on Strängnäs near Stockholm – Just one of hundreds of such centres popping up across Sweden, which has absorbed nearly two per cent of it’s population in migrants this year alone, causing the famously “open” nation to close it’s borders in November.

The mother of one was initially raped on her way home from the pub by the Algerian man, just a short distance from the migrant shelter. She escaped, but was raped a second time not far away, on the same night, by the Syrian man and an unidentified assailant.

One of the men convicted of aggravated rape said to her, “I’m gonna f*ck you little Swedish girl”, before he finished by spitting in her face, court documents seen by the Free Times reveal.

At the beginning of this month the Algerian man was sentenced to two and a half years and banned from Sweden for ten years; the Syrian was given four years for the rape as well as a separate sexual assault perpetrated inside the pub.

The woman, meanwhile, was left so traumatised she is on anti-depressants drugs and is struggling to look after her child.

“She feels uncomfortable when she walks to the town and is terrified that the third offender will recognise her, and that she will not recognise him,” read the court judgment. 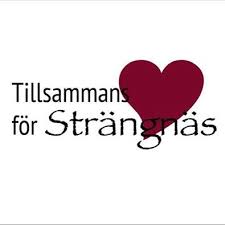 After the disturbing revelations were made in court, an anti mass-migration protest was held in the small town. Protesters reportedly held signs which read “Mass-Migration = Rape”.

A local social justice group was not impressed.

The Tillsammans för Strängnäs “anti-racist” group, which prescribes to feminist ideals, did not feel compelled to act when the woman was so brutal assaulted, but around 30 of them came out to demonstrate in support of the migrants who committed them.

“We intend to manifest against the racist demonstration yesterday at Mälardalen Blick. It is terribly sad it happened and we have to fight these forces with all democratic means available”, one of the organisers told Swedish broadcaster Sörmland.