The founding chairman of the Equality and Human Rights Commission under Tony Blair has warned that UK is about to “sleepwalk to catastrophe” because it’s leaders too “complacent” and “squeamish” to talk about mass migration.

“Rome may not yet be in flames, but I think I can smell the smouldering whilst we hum to the music of liberal self-delusion”, wrote Trevor Philips, before directly comparing his stark warning to that given by Enoch Powell almost 60 years ago.

“He too summoned up echoes of Rome with his reference to Virgil’s dire premonition of the River Tiber ‘foaming with much blood’.

“This much-studied address is, simultaneously, lauded as an epic example of the use of political rhetoric – and also as a ghastly testament to the power of unbridled free speech. Either way, it effectively put an end to Powell’s career as an influential leader.

“Everyone in British public life learnt the lesson: adopt any strategy possible to avoid saying anything about race, ethnicity (and latterly religion and belief) that is not anodyne and platitudinous.”

In an outspoken 100-page paper, published by the think-tank Civitas, Mr. Philips also singled out Muslims for being actively “resistant to the traditional process of integration” and thus threatening “liberal democracy” and the Western way of life.

Culture, rather that true racism, is the problem in Britain today he explains. “The divisions could be described as ethnocultural – and they rest on deeply held values and behaviours, which will not lightly be abandoned by Jewish, or (multiracial) Muslim communities for example”.

He adds: “We [liberals] have been far too slow to acknowledge the fact that race itself is no longer a purely black and white affair”.

In the paper, Mr. Philips slams politicians, the media and the educated elite for acting like the Emperor Nero, fiddling while Rome burned, unable even to confront the “dark side of the diverse society”.

“Squeamishness about addressing diversity and its discontents risks allowing our country to sleepwalk to a catastrophe that will set community against community, endorse sexist aggression, suppress freedom of expression, reverse hard-won civil liberties, and undermine the liberal democracy that has served this country so well for so long”.

Mr. Phillips implicates himself and his role with New Labour in the creation of this problem.

At the first PEGIDA UK walk in February, he told Breitbart London: “I’m sure that people will blame me for all sorts of problems”, when asked if his government’s policies were part of the reason anti-Islamisation groups like PEGIDA exist today. 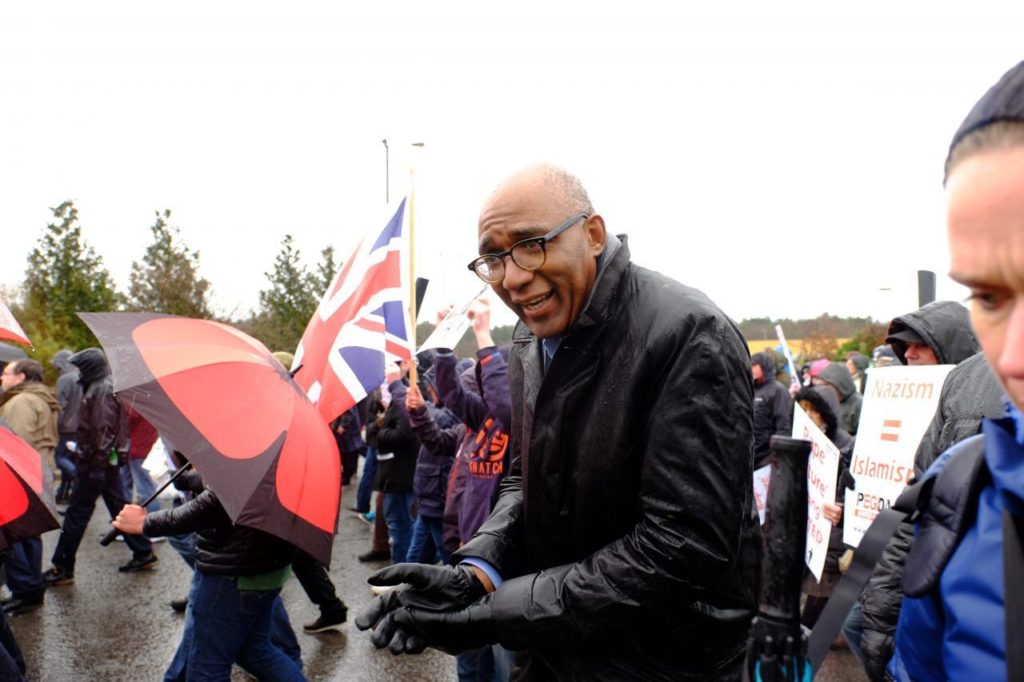 In the paper, he also asserts there is a probable link between attitudes towards rape and “cultural background”, mentioned the industrial scale rape of non-Muslim women by Muslim men in Rotherham and the mass sex attacks in Cologne, Germany – both of which went unreported because of a fear of being called “racist”.

“The typical response of Britain’s political and media elite confronted with awkward facts has been evasion, because – we say – talking about these issues won’t solve the problem; instead, it will stigmatise vulnerable minority groups.

“Any attempt to ask whether aspects of minority disadvantage may be self-inflicted is denounced as ‘blaming the victim’. Instead, we prefer to answer any difficult questions by focusing on the historic prejudices of the dominant majority. In short, it’s all about white racism.”

Western elites often congratulate themselves because of the fall in overt racism and neo-Nazism, he explains, yet their top down censorship has left ordinary people without a voice. Normal people many not be bigoted, but rapid change and fragmentation of their communities breeds anger.

“… Rather it is the appearance of non-English names above the shop-fronts in the high street; the odd decision to provide only halal meat in some schools; evidence of corruption in municipal politics dominated by one ethnic group or another.

“Such headlines, frequently misreported, but often grounded in some real change, provoke muttering in the pub, or grumbling at the school gate.

“They become gathering straws in a stiffening breeze of nativist, anti-immigrant sentiment. And still, our political and media elites appear not to have scented this new wind. We maintain a polite silence masked by noisily debated public fictions such as ‘multiculturalism’ and ‘community cohesion’.

“Rome may not yet be in flames, but I think I can smell the smouldering whilst we hum to the music of liberal self-delusion.”

Last month, Mr. Philips presented a documentary on Channel 4, analysing the largest ever survey of British Muslims and their attitudes every conducted. Some of the results were shocking, but not surprising to many, and Mr. Philips admitted that he and New Labour “got almost everything wrong” on Muslim immigration.