The evening’s events – which included a trip to the Nike store, the Apple Store, and a march down Whitehall – was held to encourage black people to shop at black-owned businesses; a seemingly self-segregative move.

The event invite said the “target” of the direct action was “major US company economic interests” by “Using the sit-in tactics of the #CivilRightsMovement”.

They said they “we will be demanding that leading US companies, who have made a profit out either black slavery or black excellence,” highlighting the sponsorship of tennis champion Serena Williams, “make a statement condemning the ongoing killing of black people by the police in the US that police here in the UK are also held to account”.

“After this,” the statement adds, “we will find the nearest black owned business on the high street and all spend at least £1 – PUT YOUR MONEY WHERE YOUR MOUTH IS !!””If the hundreds that turn out to our protests do this every time after each protest, we can raise hundreds for our #UKblackownedbusinesses !”

While the Facebook event claimed “hundreds” were to turn out, the real number was around just 50.

At the same time, a UK nationalist protest was taking place on Whitehall, with several of the attendees arrested or detained while trying to speak to the Black Lives Matter group. 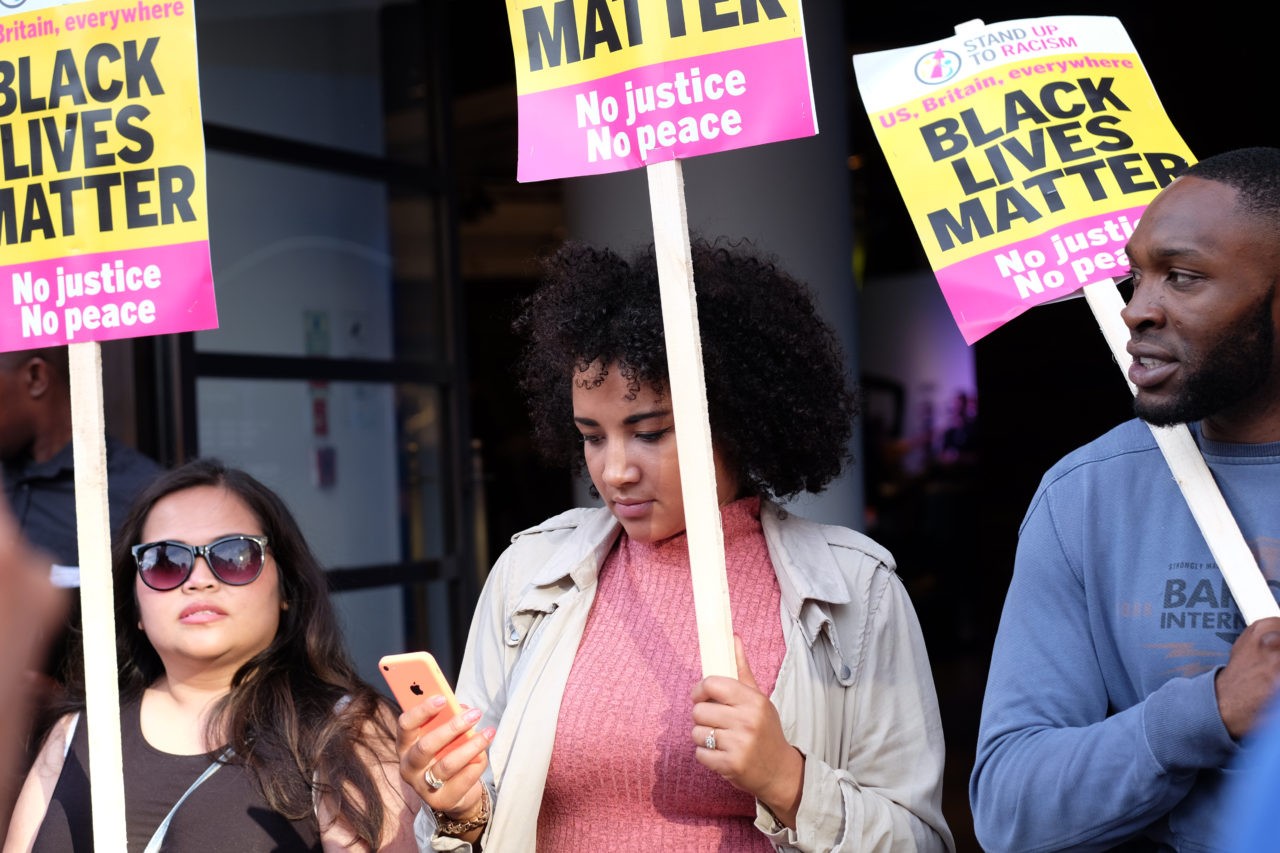 “No justice, no peace”… apart from a minute to check Twitter… on your iPhone… from the store you’re protesting 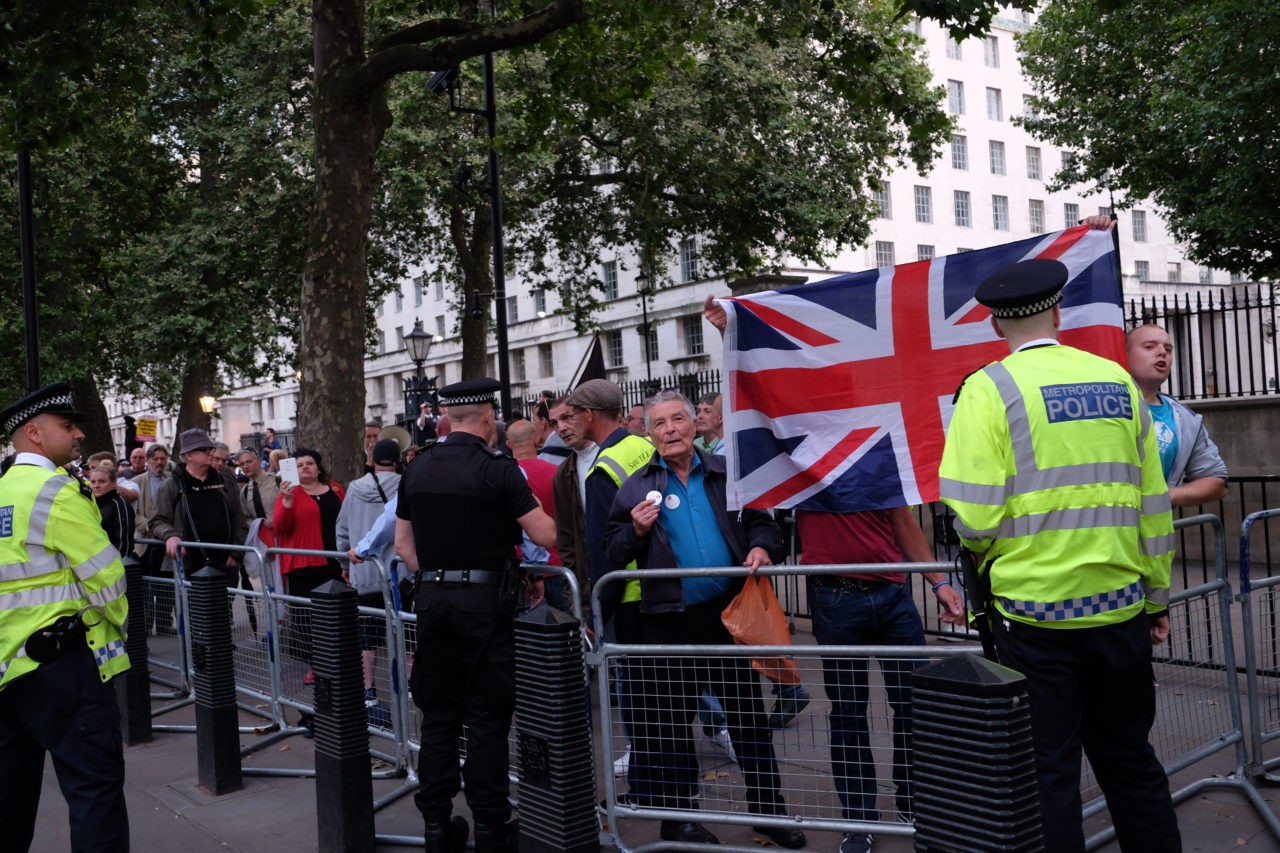 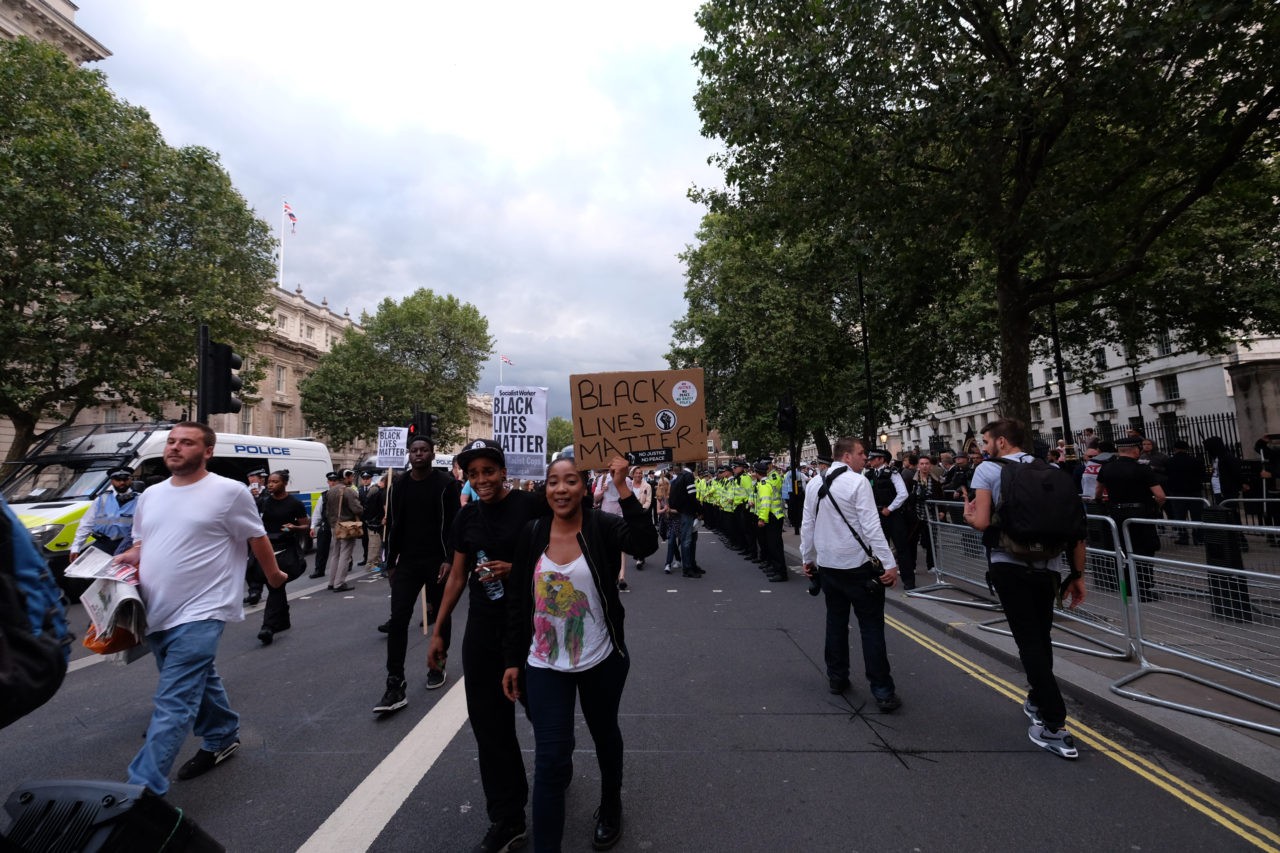 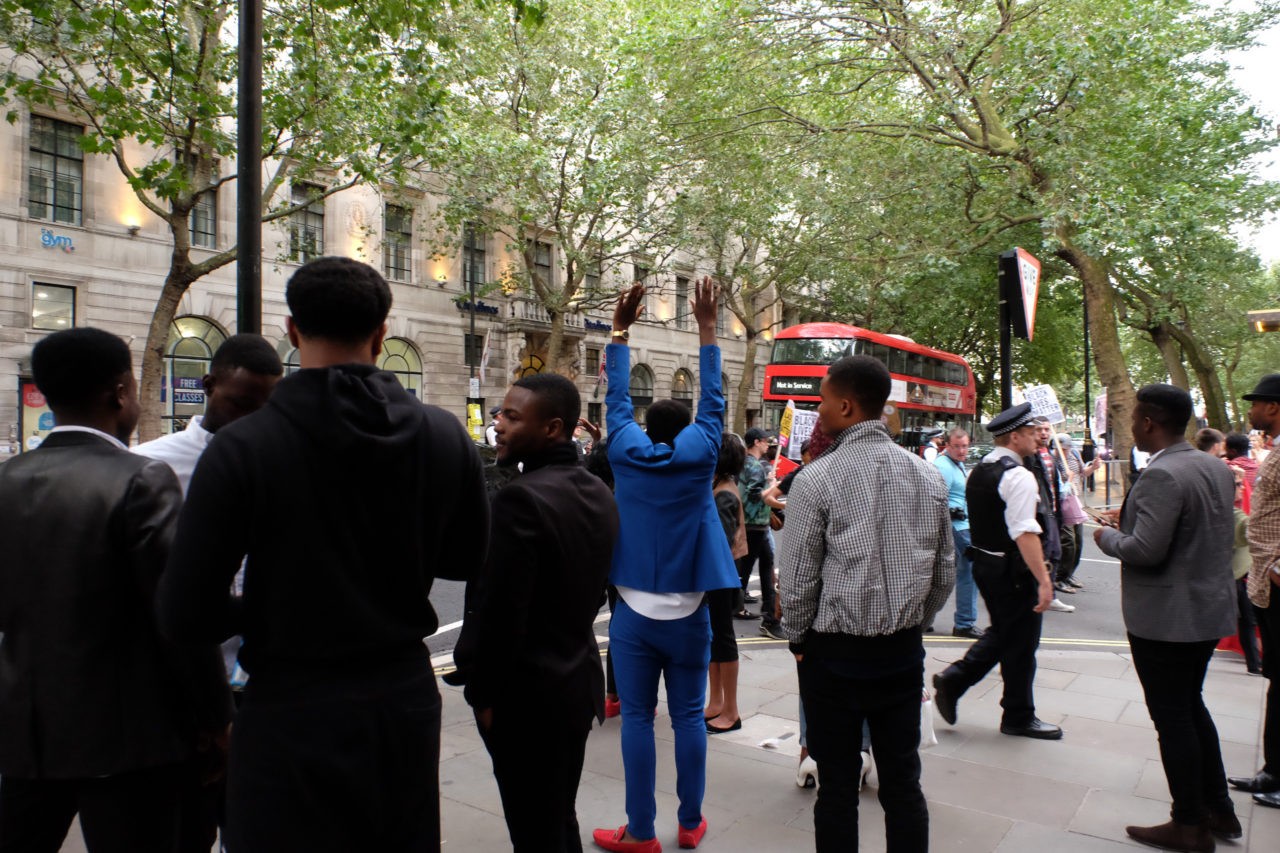 Though they were very well dressed 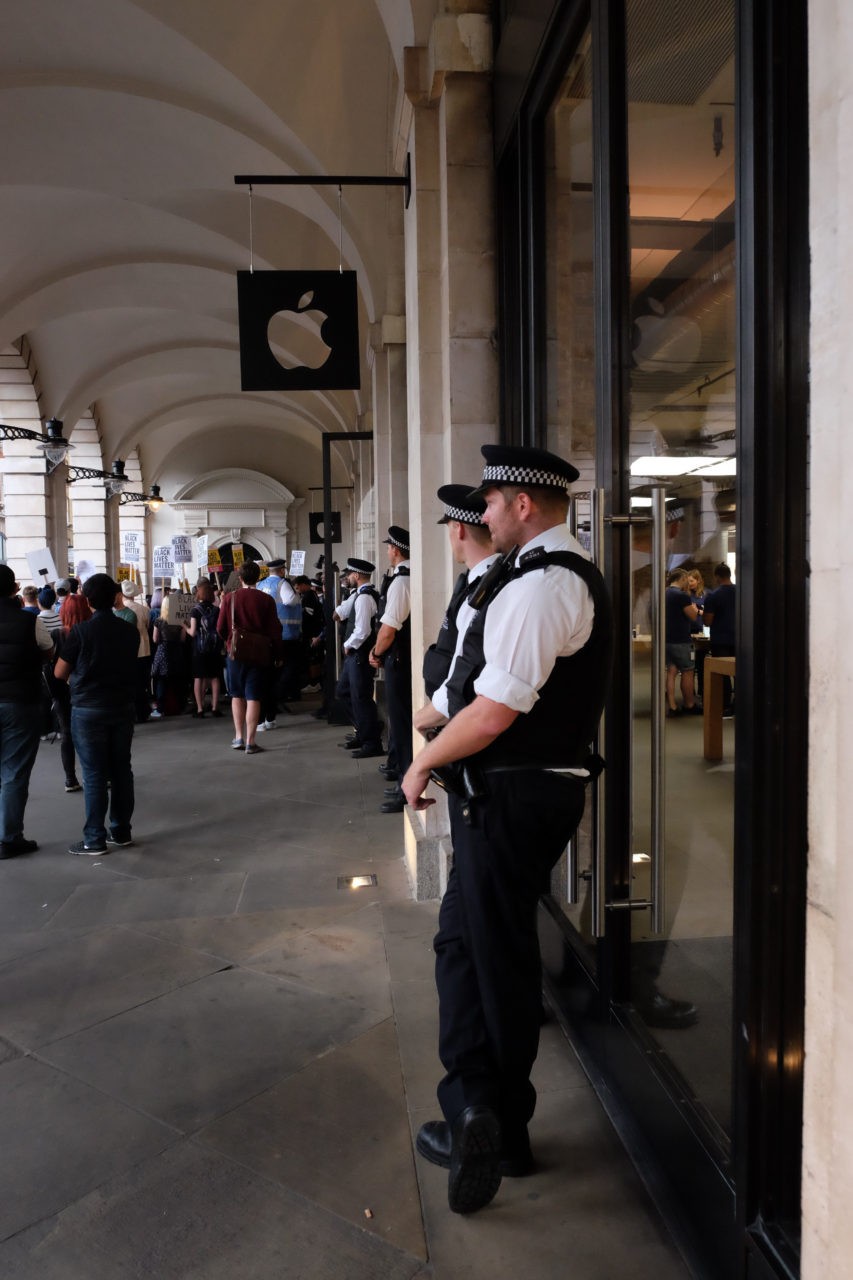 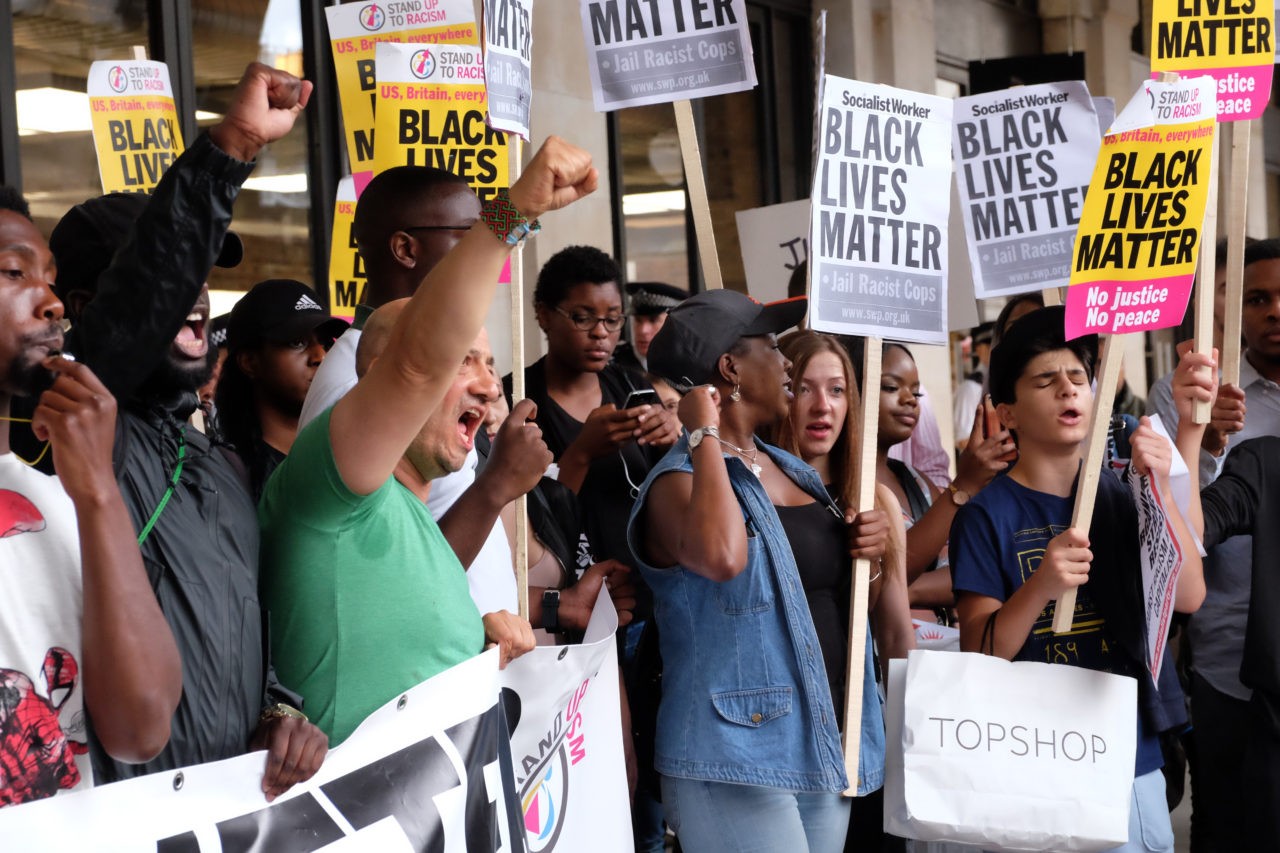 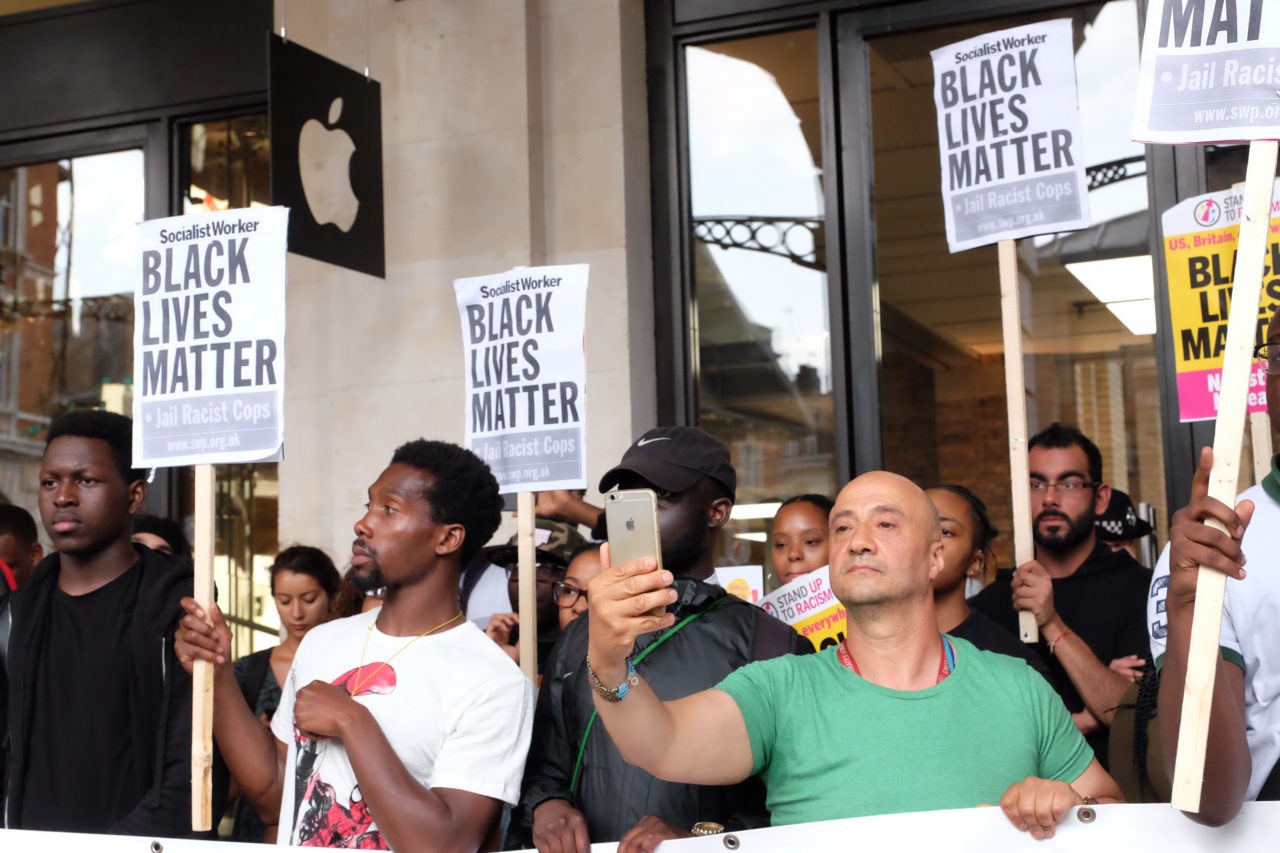 “I’m taking a selfie with an iPhone while boycotting Apple!” 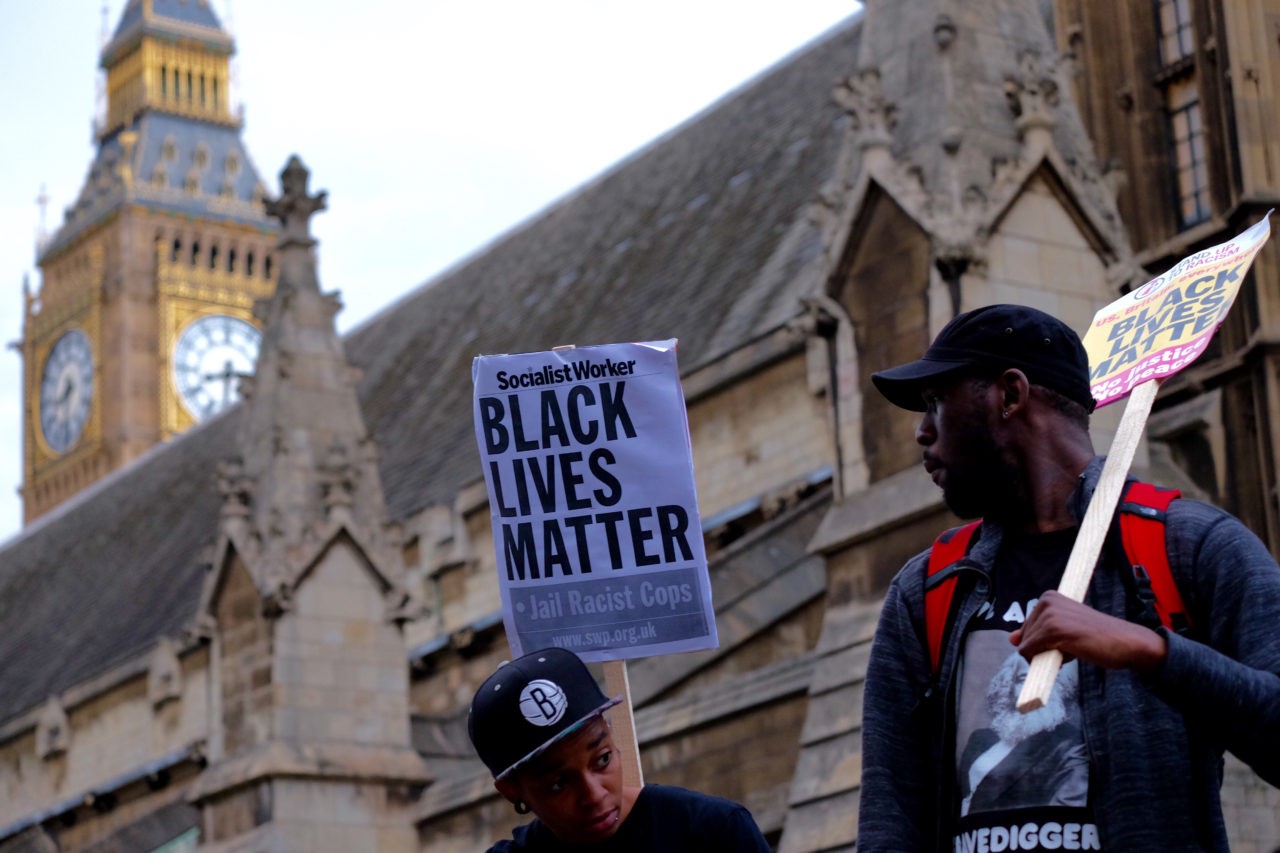 Are there ANY left wing protests the Socialist Worker Party don’t provide the placards for? 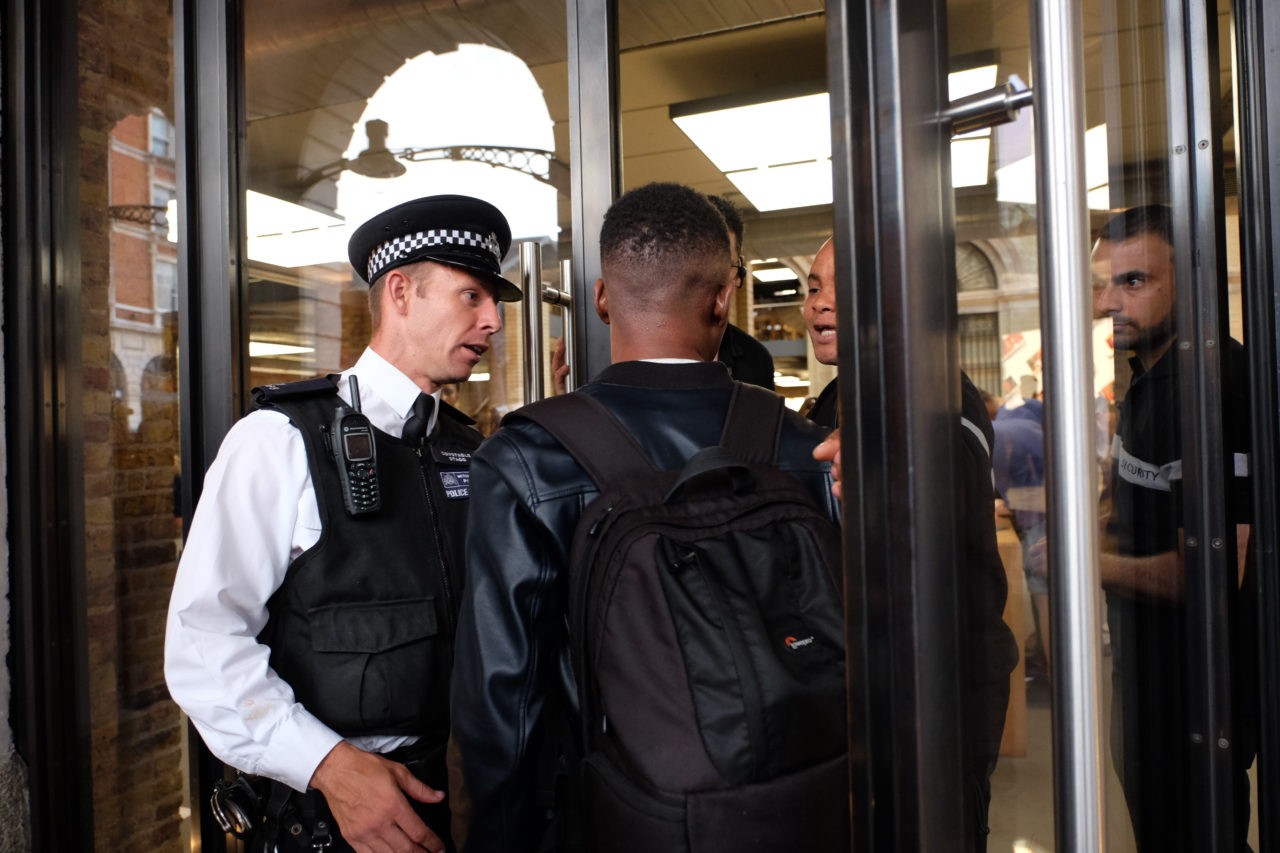 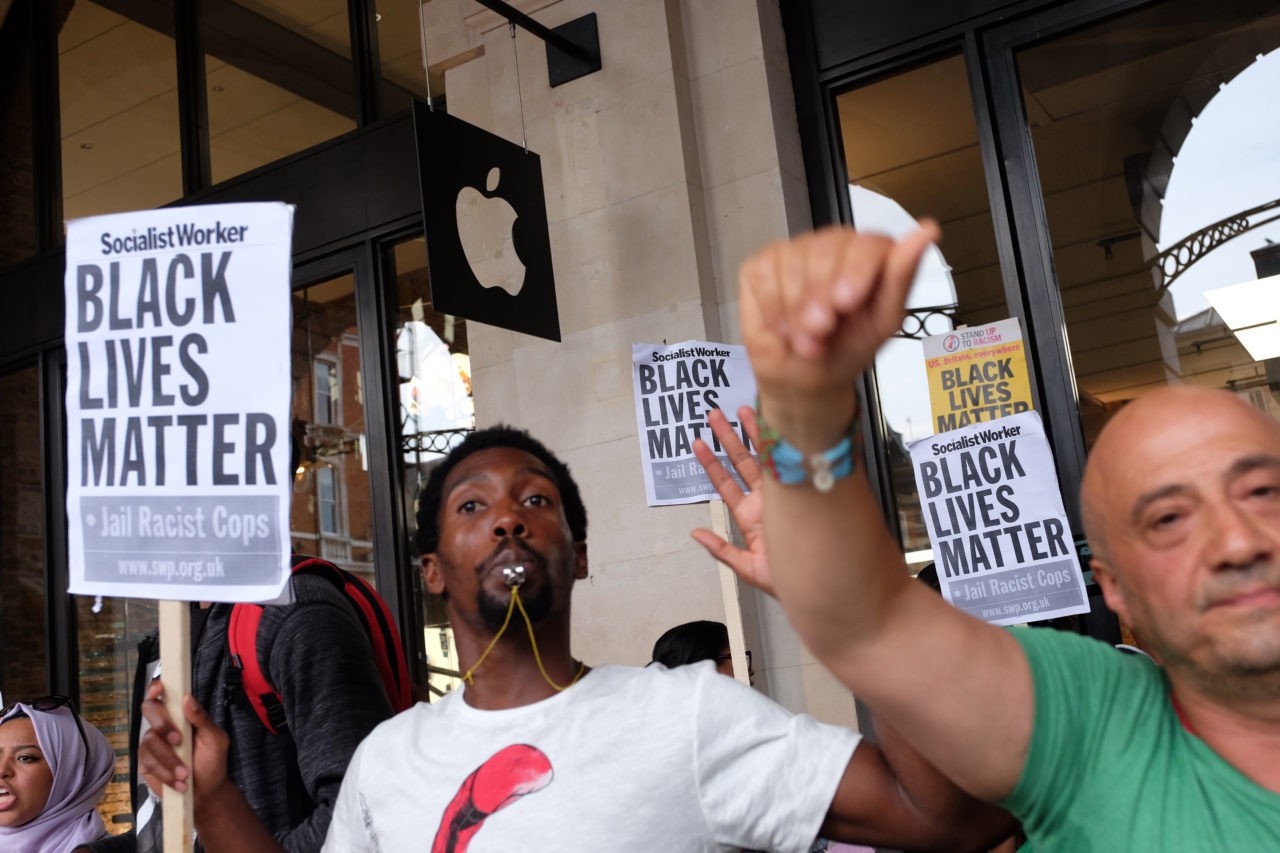 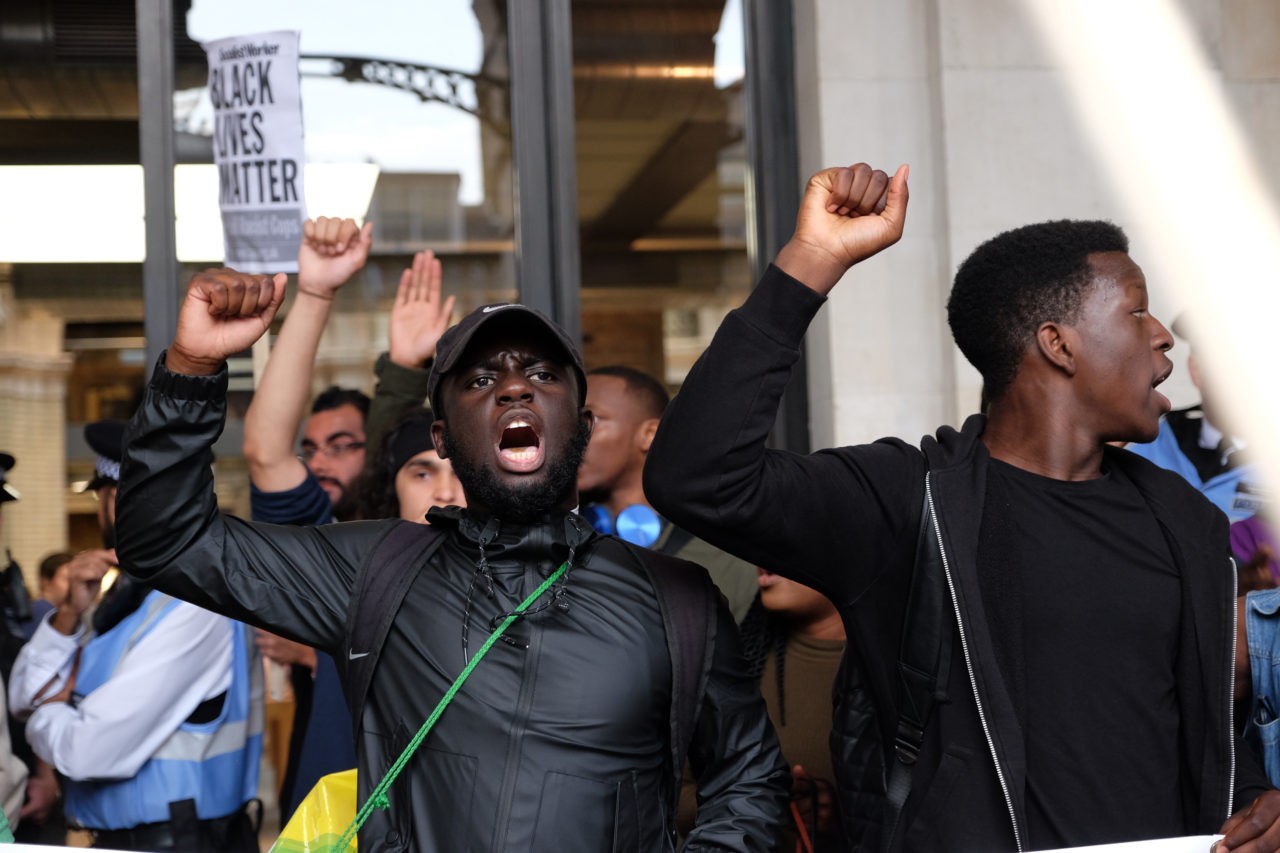 A bit of shouting 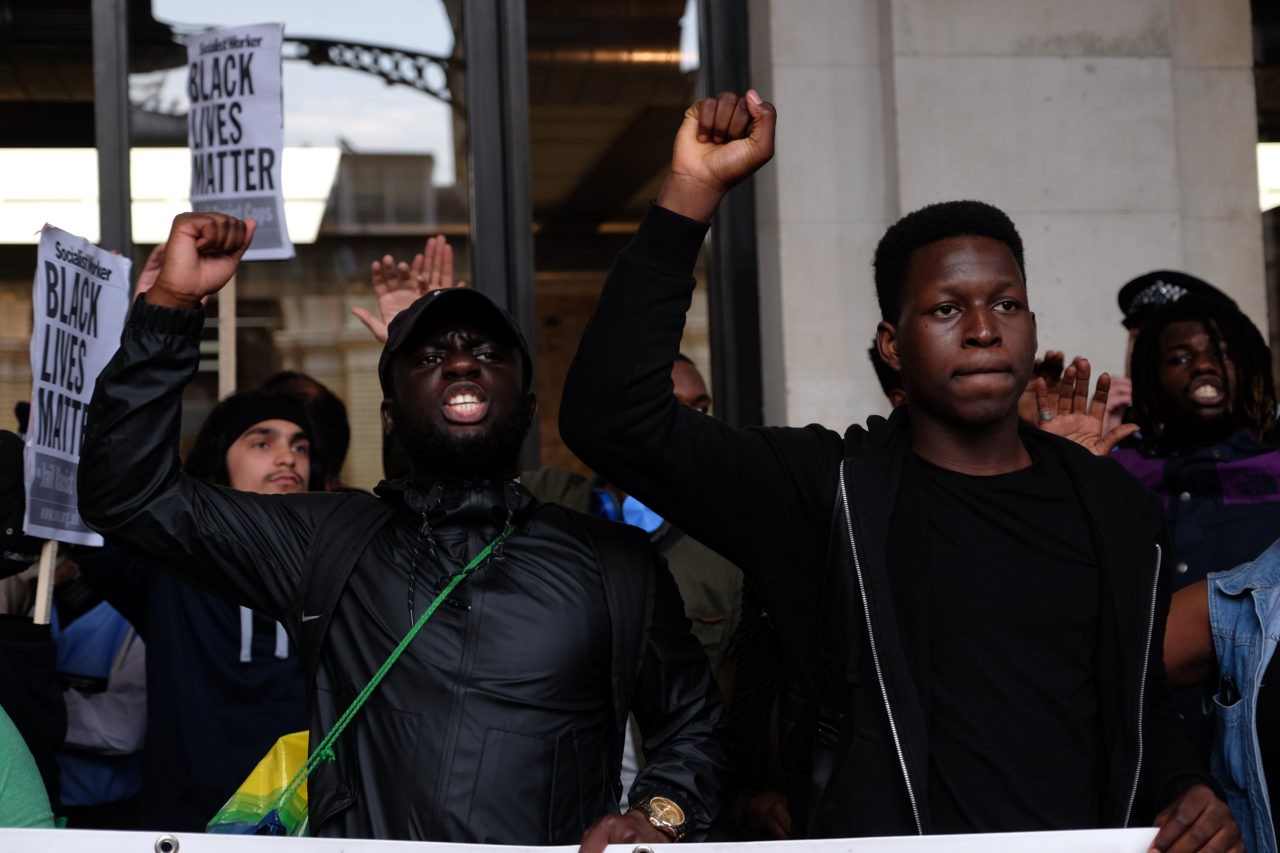 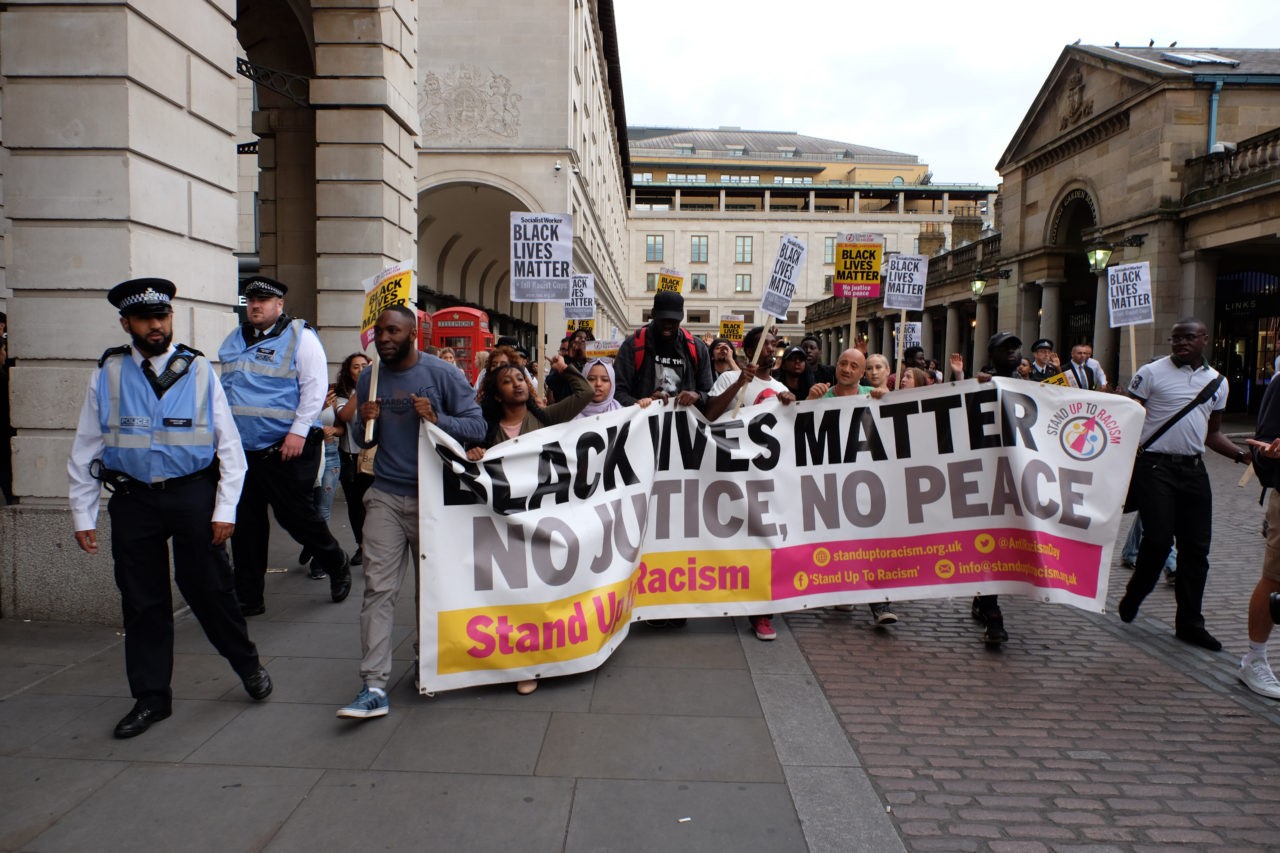 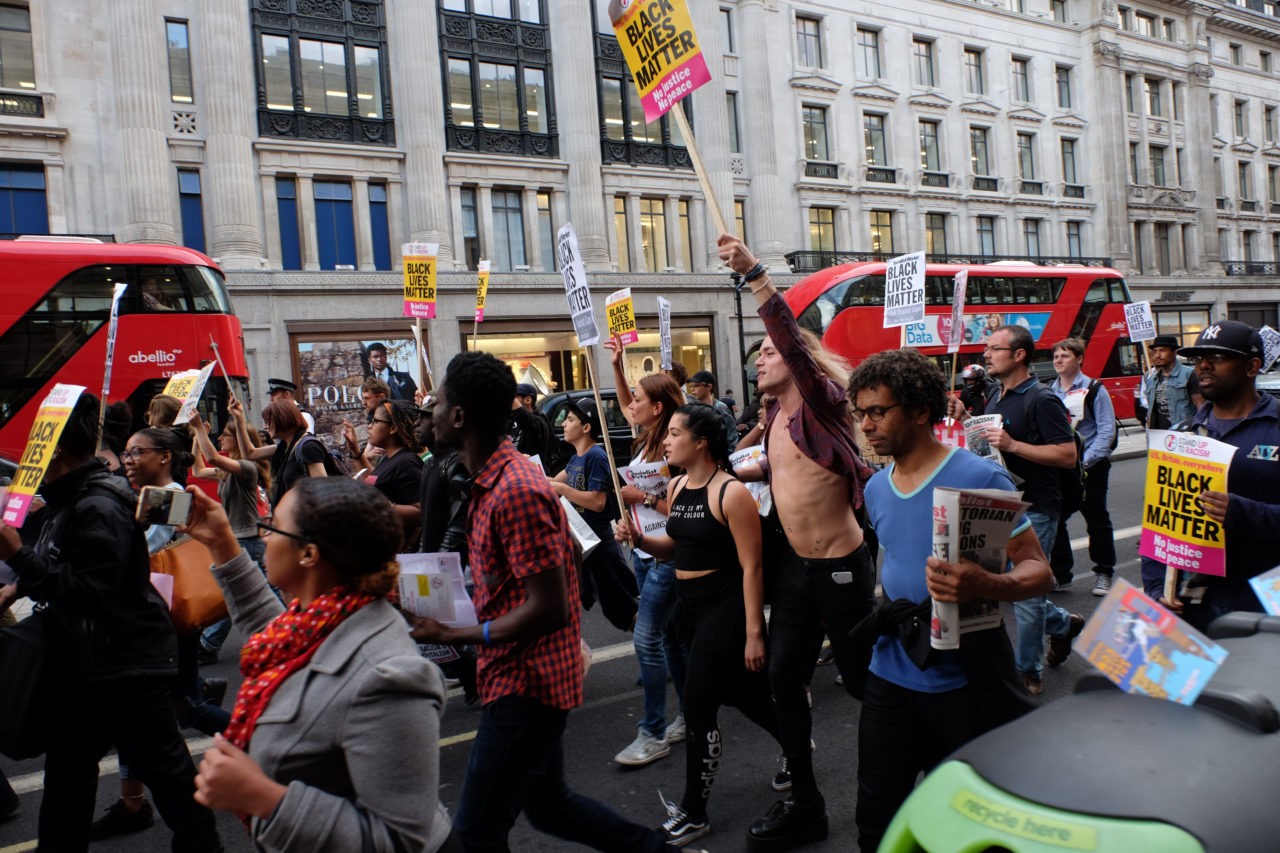 Check out the white girl in the “Black is my happy colour” t-shirt. I bet it is! 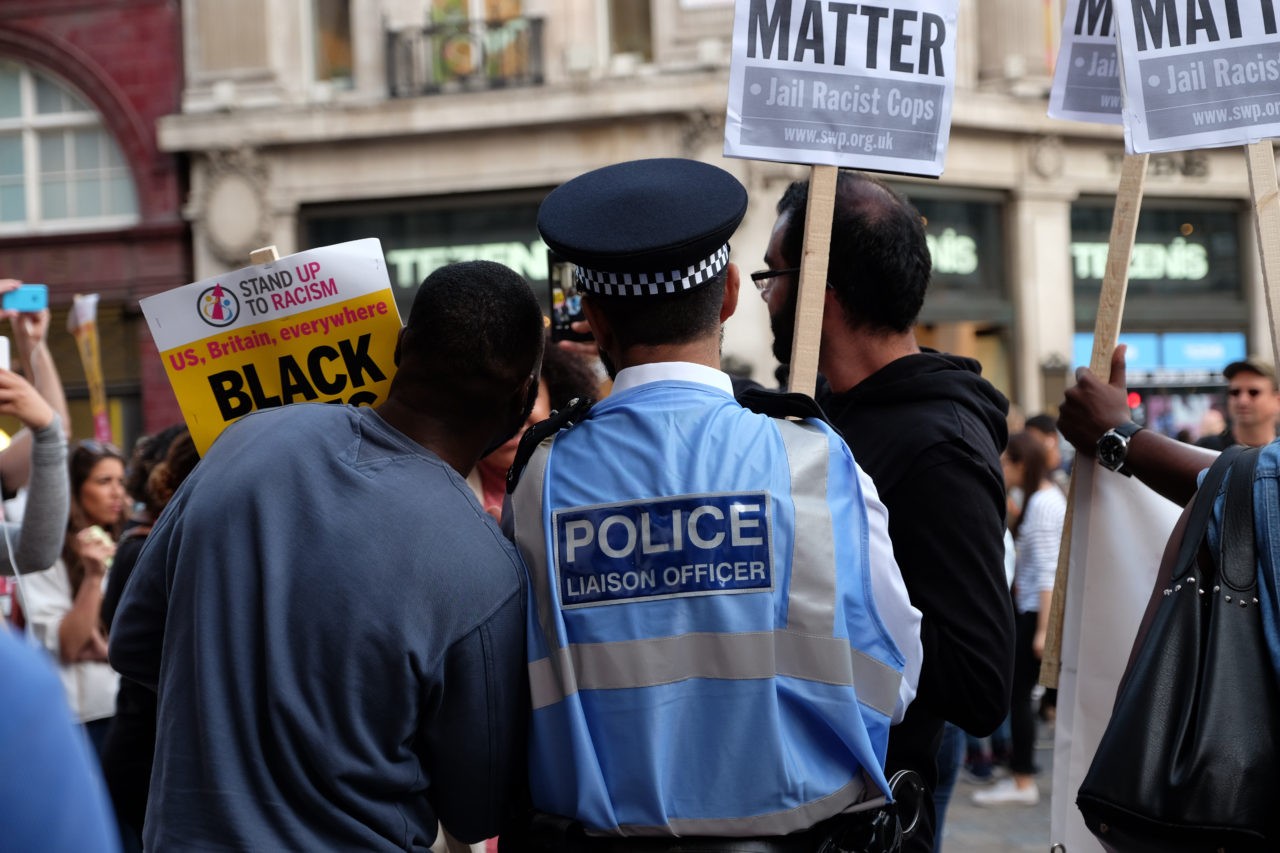 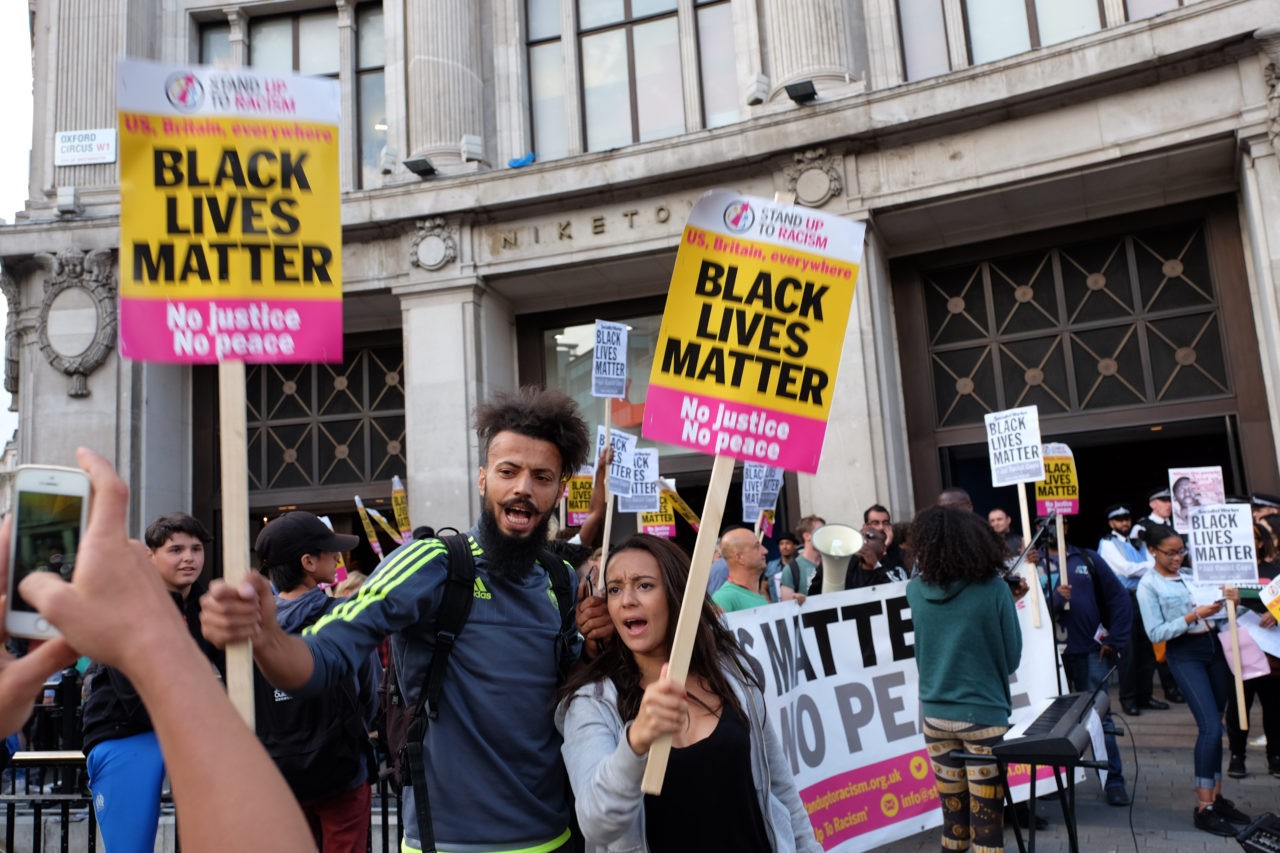 These two were there to dance 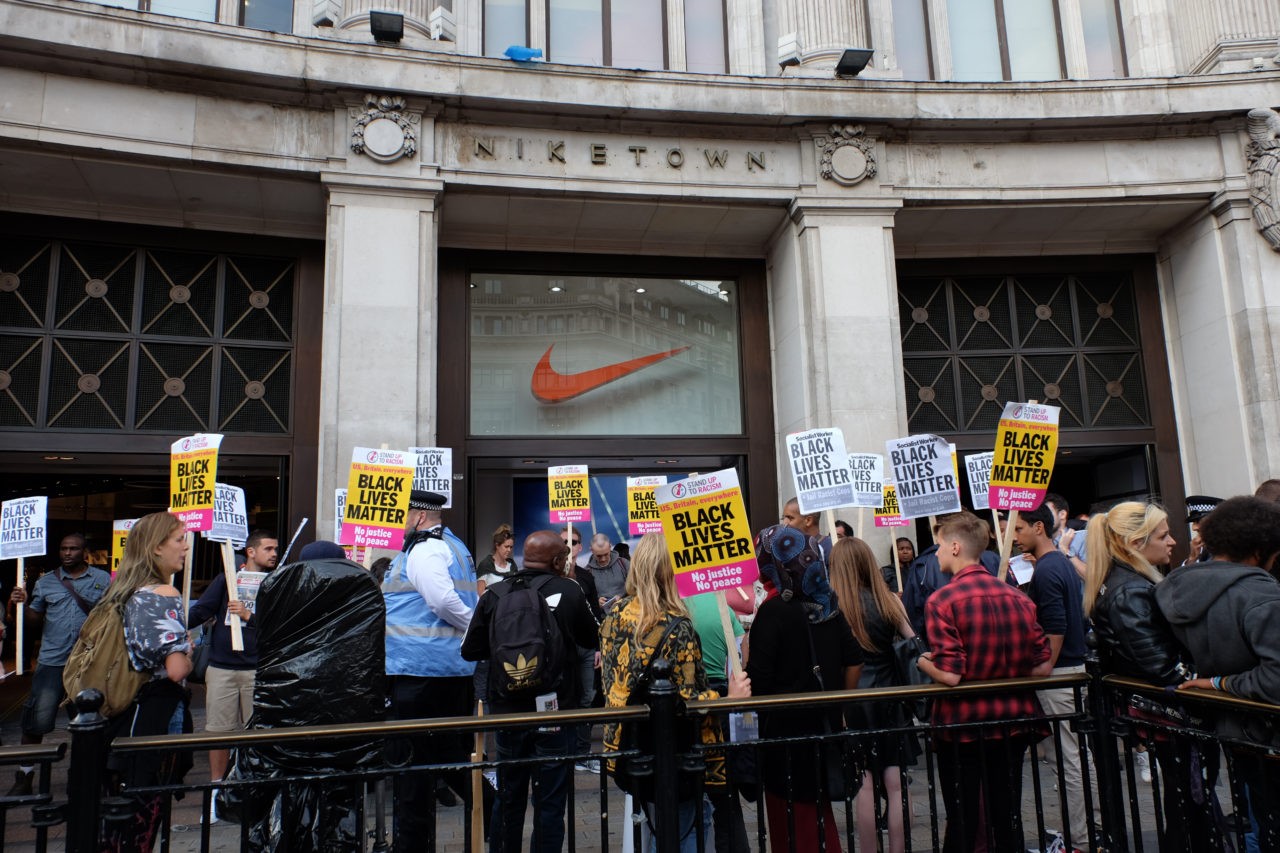 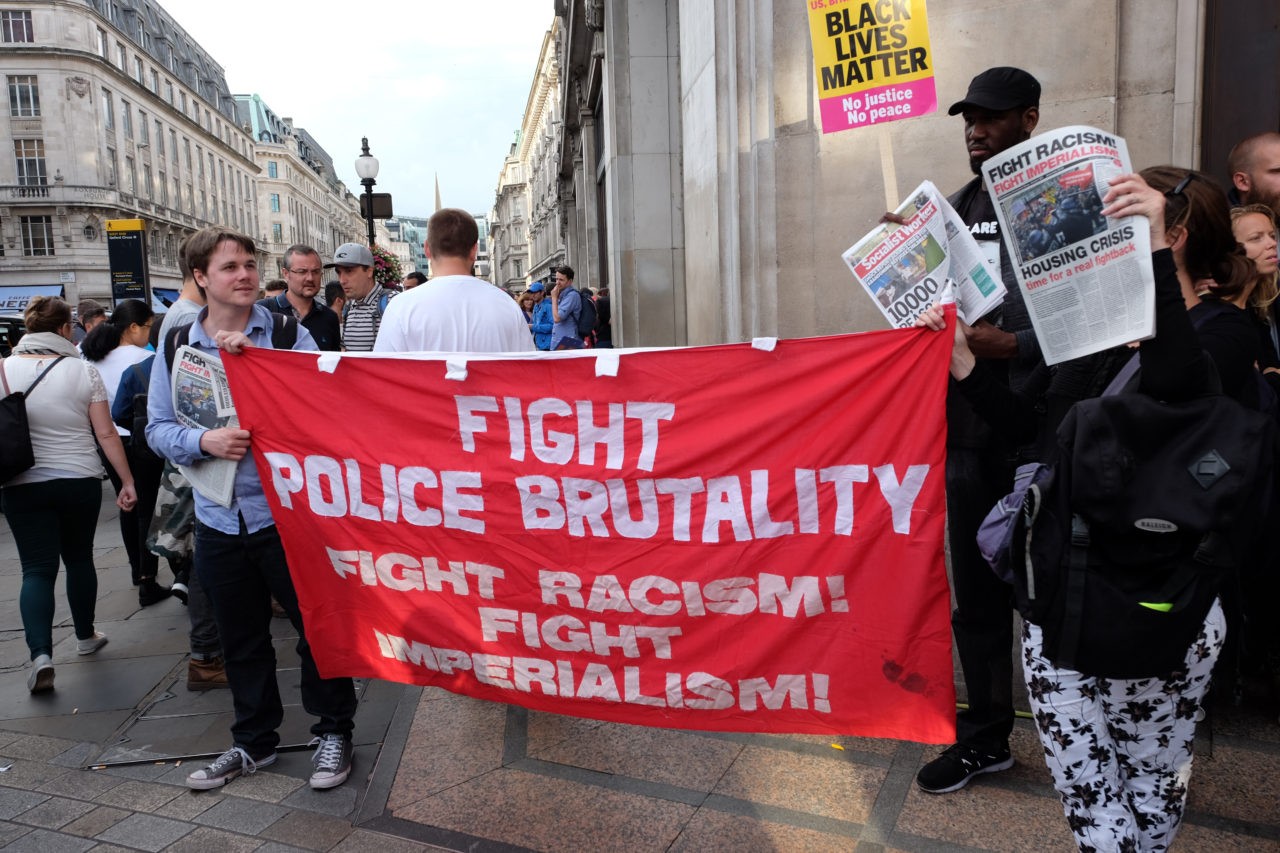 Nothing about the killing of police officers though… 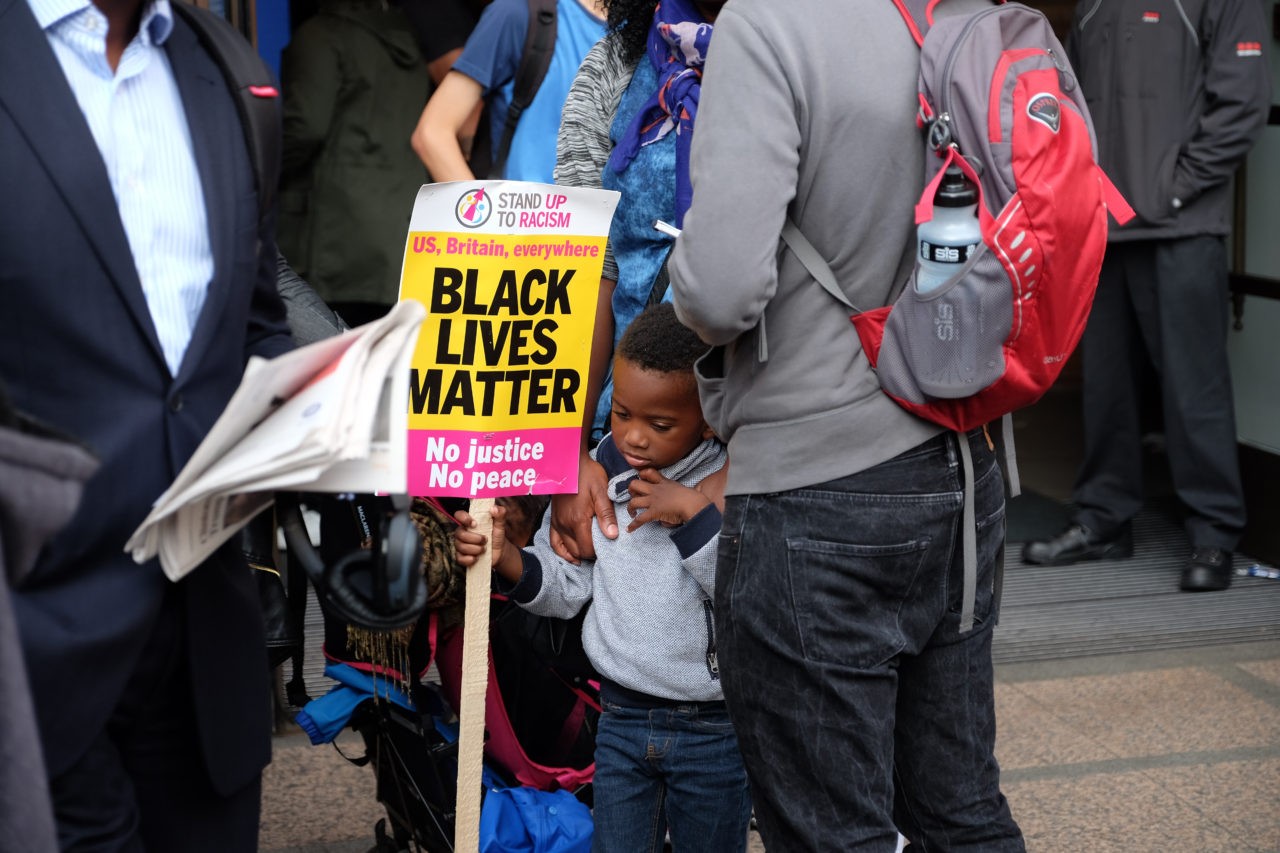 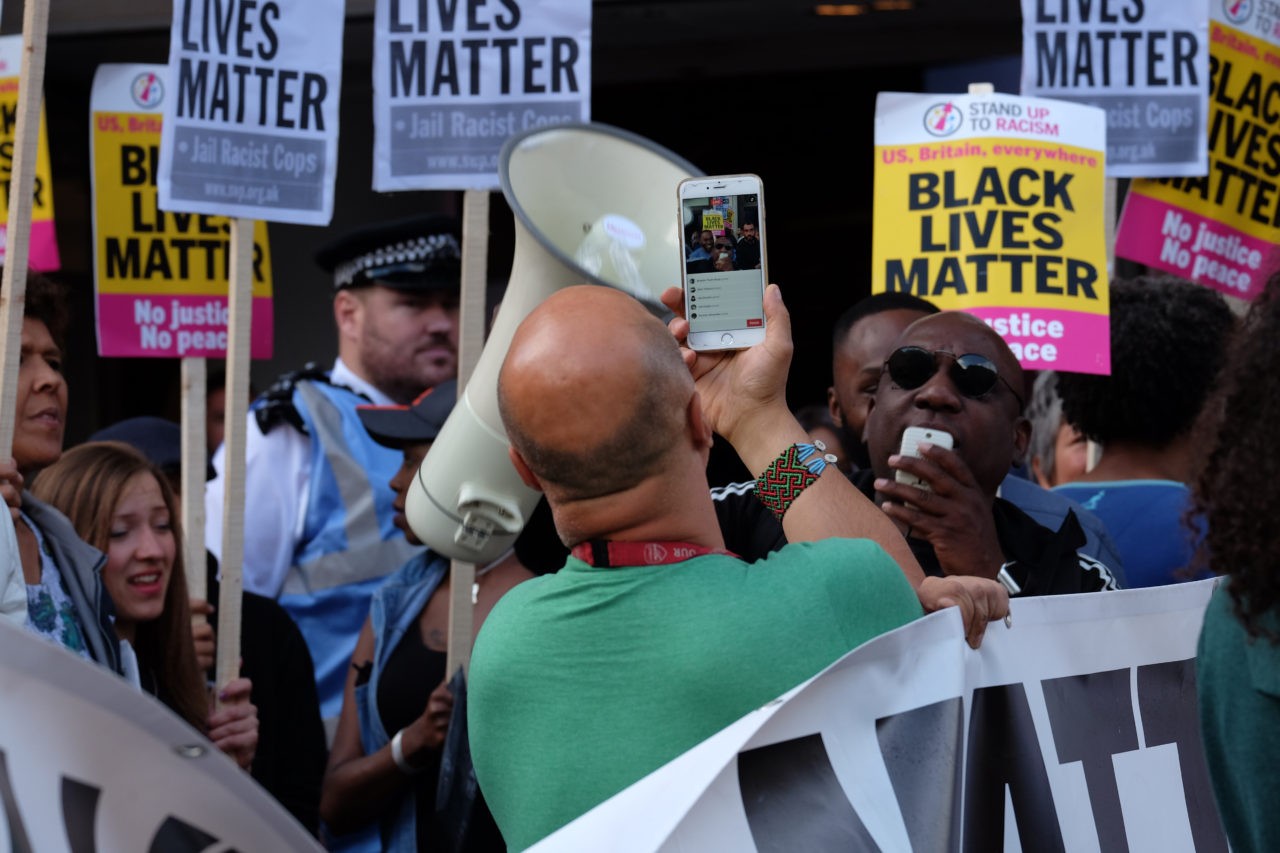