The largest Muslim umbrella group in Wales has claimed “all mosques and Muslim institutions in Wales” are peaceful, as they backed an imam who told his congregation that war is approaching and Islam allows them to take women as slaves and rape them.

The Muslim Council of Wales (MCW), an affiliate of the Muslim Council Britain, said in a statement signed by 40 prominent “community leaders” that Imam Ali Hammuda’s comments had been “misrepresented”.

They also argued that mosques and schools must be “safe spaces” where Muslims are able to discuss and propagate certain views about rape and enslavement in order to tackle extremism, writing:

“Vital to neutralising the message of extremism is having the safe space to discuss sensitive issues which extremists exploit to bolster their message. These safe spaces must exist in mosques, schools, Universities and all institutions.”

Mr. Hammuda works at Cardiff’s Al-Manar Mosque, where three Islamic State fighters known as the “Cardiff jihadis” worshipped before travelling to Syria. One was killed in an RAF drone strike as he was thought to be plotting attacks in the UK. 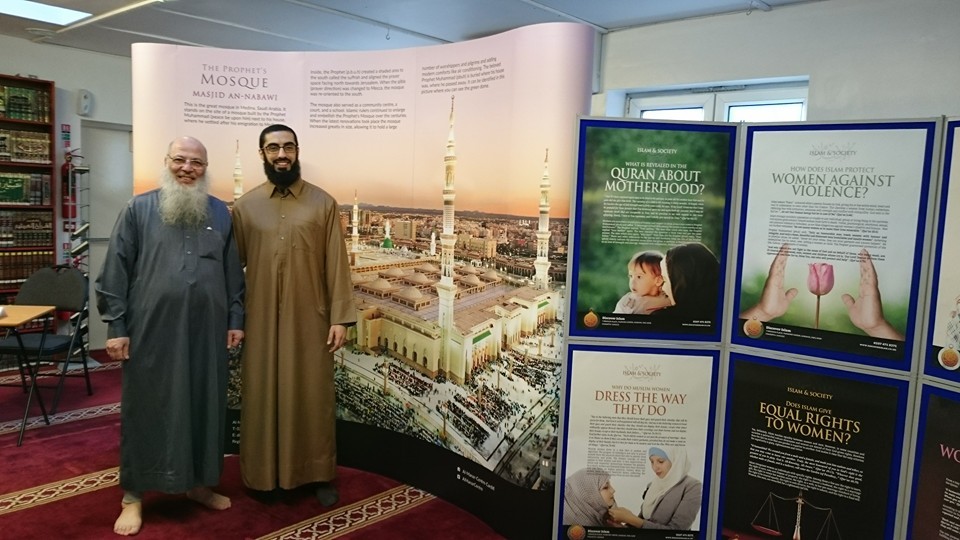 The imam, who has denounced Islamic State, was recorded by an undercover reporter last month telling worshippers that one interpretation of a Quranic verse “is that towards the end of time there will be many wars, like what we are seeing today, and because of these wars women will be taken as captives, as slaves, yeah, women will be taken as slaves”.

Despite the recording, the MCW said in the statement that reports were “slanderous and untrue”, insisting Mr. Hammuda’s mosque is “a vocal and committed partner in… countering the ideology of the so-called ‘Islamic State’”.

In fact, every single Muslim group in the country is peaceful, they said.

“All mosques and Muslim institutions in Wales are committed to teaching morals and values of the Islamic tradition, compassion, forgiveness, the sacredness of all human life, and the equality and personhood of every individual, male and female,” they wrote.